Nick Robins, a veteran of the UK sustainable investment scene, was co-founder of Carbon Tracker, head of the Climate Change Centre of Excellence at HSBC and co-founder of the Financing the Just Transition Alliance.

A net-zero transition that is not fair and inclusive will face enormous opposition. To what extent has the financial sector begun to engage with issues around the just transition?

The just transition was included in the Paris Agreement as a point of principle, as the right thing to do to consider the implications of the transition and net zero on workers and their communities. However, it really came to life with the election of Trump – who falsely claimed that climate action would lead to absolute job losses – and the ‘gilets jaunes’ in France, protesting about carbon taxes. That showed you can have the correct policy tool, like a carbon price, but it needs to be fair, as well as effective.

Now we are into a third phase, where both policymakers and financial institutions are recognising the importance of this dimension. In the EU, the just transition is clearly part of the European Green Deal, and in the US, Biden’s climate plan is very clearly about jobs, both in terms of their number and their quality. 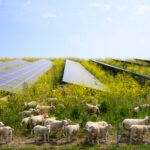 What are investors primarily concerned about where the just transition is concerned?

They see supporting the just transition as a way of minimising systemic climate risk. If the social implications of the net-zero transition are not anticipated, a backlash against climate policy means the negative impacts of climate change will be crystallised. That is going to affect investor assets and the wider economy.

They also see it as a way of aligning their investments not only with the Paris Agreement but with the UN’s Sustainable Development Goals. It is connecting to the ‘E’ and ‘S’ of ESG, connecting climate with things like SDG 8, which is about employment, and SDG 10, which is about reducing inequality.

The Just Zero conference, which the London School of Economics is hosting from 25-27 October 2021, talks about a “Leadership Agenda for Finance”.  What does this leadership look like?

Among leading businesses and investors there is a recognition, especially coming out of Covid-19, that previously separate issues around the green transition, climate change and nature, and social issues, issues around inequality, cannot be seen as separate. Talking to investors, and energy companies like SSE, it is about ensuring that the net-zero transition does not make social issues worse, or leave people behind.

In practical terms, first, it means investors making the just transition part of their engagement strategy, by which they signal to companies the expectations they have. As I mentioned, the Climate Action 100+ has just upgraded its net-zero benchmark to include a beta version of questions on the just transition. This is $50trn-plus of invested capital focusing on a common framework for 167 of the most polluting companies in the world.  They are saying, as shareholders, “we need you to have a credible just transition plan”. That is going to really industrialise that expectation, make it a structured approach from across the investor community.

This is $50trn-plus of invested capital focusing on a common framework for 167 of the most polluting companies in the world.

Second, it needs to be part of investors' capital allocation process. Lots of investors are looking to invest in green assets, but I think they are increasingly looking at what you could call ‘green plus’ assets – assets which are aligned with net zero, but which also support the just transition in terms of good working standards, helping community revitalisation, and so on. A potentially good example is the UK’s green sovereign bond, which was issued in September, and where the government has committed to report on the bond’s social benefits as well as its environmental ones.

And third, of course, is investors using their voice when it comes to policymaking. As we know, climate change is a market failure, and that requires policy reform. Investors are saying they expect government to lead on the just transition. Investors cannot deliver skills policy or regional policy but they can support and encourage governments to do that.

Your newly published Just Zero report, which will focus on how the UK can finance a just transition, talks about the importance of “place-based financing”. What do you mean by that?

Some high-carbon sectors are located in particular places because they are resource based: you have large clusters of high-carbon assets around coal, heavy industry, oil and gas, and so on. Similarly, some clean energy assets are resource based, and are also tied to particular locations. So when you think about the transition, you have to think about location-specific issues, about where those jobs are.

While a lot of investment is through the capital markets, investors also directly own a lot of place-based assets – infrastructure, real estate, private equity and debt. One of the challenges for policymakers is to ensure that particular regions can attract the investment needed for their transitions.

Industrialised countries have had a relatively long time to get to net zero. The UK’s CO2 emissions peaked in 1973, for example, so it is going to be 77 years from peak to net zero. Whereas if you look at the major emerging economies, China is set to peak its emissions by 2030 and reach net zero by 2060. It is delivering net zero in a generation. This is going to be a disruptive process – albeit with benefits such as new jobs, technologies, better public health – in quite a short window.

Meanwhile, the major economies have huge unmet social needs, poverty, inequality, all those issues, and without the welfare system in industrialised countries to fall back on. Much more of the economy is informal and much less regulated.

China is set to peak its emissions by 2030 and reach net zero by 2060. It is delivering net zero in a generation.

This makes the dialogue between investors and policymakers particularly important, and suggests an important role for multilateral development banks. They are often at the frontier of these issues. So institutional investors working with development banks will be a particular priority. A good example is the energy transition mechanism that the Asian Development Bank (ADB) is working on, which aims to use public finance to fund the early retirement of coal assets. A key part of that will be just transitioning.

What are you looking for from COP26 as far as the just transition is concerned?

We have to remember that the just transition was seen as quite conceptual back in Paris, before those political shocks showed how important it is. Also, net zero is a relatively new concept – it only really emerged with the IPCC special report [on holding warming below 1.5°C] in 2018.

Why is it that companies like BP and its peers are thinking about a just transition? I think it is because they are getting increasingly serious about the delivery of net zero. They recognise that their people, their workforces, external communities and, by extension, policymaking are becoming essential to how they do that.