Joe Biden is acting like a man converted. On his first day in office, he revoked the permit for the Keystone XL oil pipeline and fulfilled a campaign promise to rejoin the Paris Agreement. Actions taken by Biden before and after Inauguration Day show him to be increasingly committed to tackling the climate crisis.

During the Democratic presidential primary, candidates competed to offer the most ambitious climate plan. Joe Biden’s ideas, while more aggressive than anything seen in previous US presidential campaigns, paled next to the gold-standard offerings from Washington Governor Jay Inslee or Massachusetts Senator Elizabeth Warren.

A fortified Biden climate action plan was in the making, however. After securing the Democratic presidential nomination, Biden set about strengthening his climate agenda. He convened a task force with supporters of Vermont Senator Bernie Sanders, his chief rival for the Democratic Party nomination, which released recommendations in July 2020. The task force called for the US to achieve carbon-free electricity by 2035 and net-zero greenhouse gas emissions by 2050. Biden campaigned on those targets.

After the November election, the Biden transition team named climate change as one of four key issues to guide the work of the incoming administration. As Inauguration Day approached, Biden repeatedly demonstrated that climate was top of his agenda. He assembled a remarkably experienced senior climate and energy team to serve in his Cabinet and in the White House, led by former secretary of state John Kerry and former Environmental Protection Agency (EPA) administrator Gina McCarthy. 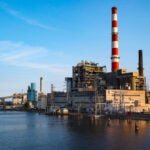 Joe Biden
What if the Biden administration financed the replacement of every coal plant in the US? 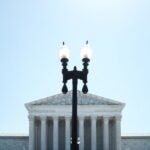 Joe Biden
In the wake of West Virginia v. EPA, the US needs to step up climate action
Data Insights
View All

The team was ready to unveil carbon-slashing measures on 20 January, the administration’s first day in power. Shortly after his swearing-in ceremony, Biden signed a stack of executive orders. One initiated the formal process to rejoin the Paris Agreement. Another revoked the permit for the Keystone XL pipeline.

Beyond its attention-grabbing headliner, the latter order included at least a dozen additional significant actions.

Biden directed all federal agencies to review regulatory actions undertaken during the previous four years to identify measures to potentially scrap. He asked agencies to begin work on developing new rules to reduce methane emissions from the oil and gas sector, to improve the fuel economy of passenger cars and light trucks, and to boost the efficiency of appliances and buildings – all by the end of 2021. He halted new oil and gas leasing in the Artic National Wildlife Refuge and restored Obama-era protection for designated zones in the Arctic Ocean from oil and gas drilling.

I have never seen a government anywhere assemble so much experience, talent and commitment all in the service of climate action. Dan Woynillowicz, Polaris Strategy + Insight

Biden also took steps to ensure that emissions metrics will guide federal government decision-making. A new inter-agency working group will establish metrics to show the social cost of carbon, nitrous oxide and methane emissions. This is aimed at ensuring federal agencies account for the full environmental and human cost of actions that increase greenhouse gas emissions. The White House Council on Environmental Quality will update Obama administration guidance, scrapped by Trump, which told agencies how to account for greenhouse gas emissions when reviewing projects under the National Environmental Policy Act.

Over Biden’s first week, the White House announced dozens of climate and energy appointees across the government.

Dan Utech, who served as a climate adviser in the Obama White House, is the new chief of staff at the EPA. Former California Energy Commission vice-chair Janea Scott will advise the Interior Department on renewable energy. The Environmental Defense Fund’s Annie Petsonk will focus on sustainable aviation at the Department of Transportation. At the Department of Energy, environmental justice advocate Shalanda Baker will serve as deputy director for energy justice.

Climate and energy professionals are pleasantly surprised by the quality of Biden’s staff-level hires. Justin Guay, director for global climate strategy with the Sunrise Project, an Australia-based non-profit organisation, calls the group “a laundry list of climate hawks”. Watching from Canada, clean energy analyst Dan Woynillowicz tweeted: “I have never seen a government anywhere assemble so much experience, talent and commitment all in the service of climate action.”

It is as if Biden, after delivering a keynote address at a clean energy conference, invited the audience to come work with him in the White House, and they all took him up on the offer.

Biden is expected to remain active on climate and energy in his second week. On 25 January, he committed to converting the entire federal government vehicle fleet to US-made, zero-emission models. An executive order scheduled for release on the day this article went to press reportedly includes a moratorium on new oil and gas leasing on federal lands and waters. The order will also announce a US-hosted climate leaders’ summit for Earth Day, 22 April.

Joe Biden was not climate voters’ first choice when the 2020 campaign began. However, over the course of that campaign, and in the months since the election, he has picked up the climate change mantle. In his inaugural address, Biden said we face “a climate in crisis”. Based on his actions so far, and the people he has hired to join him in government, it looks like he believes it.