The conversation around the energy transition in the UK has shifted since the publication of the Sixth Carbon Budget in December 2020 by the UK Climate Change Committee, says Charles Moore from think tank Ember. 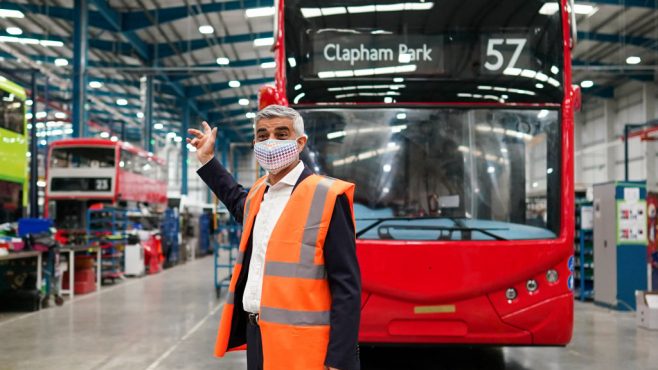 The budget recommends a 78% reduction in UK territorial emissions between 1990 and 2035. “Rather than questioning whether a focus on the decarbonisation of electricity is the correct course of action, the debate has turned to the practicalities of actually reaching the 2035 target,” says Moore.

“Forget about CCS [carbon capture and storage] and nuclear power,” says Moore. “The report shows it is entirely possible to deliver a decarbonised power system entirely on renewables, not only by 2035, but by 2030.”

How the UK can decarbonise electricity production by 2030

The analysis is aimed at influencing the UK’s net-zero strategy, due to be released at COP26 this autumn.

The Zero Carbon Britain scenario sets out an electricity system that is fully decarbonised by 2030, with renewables generating 84% of the power. By 2050, the scenario forecasts 98% of all electricity demand will be met with 150GW of wind and 210GW of solar power. An additional 34GW will come from renewables such as marine and geothermal energy.

In 2050, 81% of heat demand will be electrified, with the remaining demand supplied by clean hydrogen (9%), and geothermal and solar thermal energy (10%), says the analysis.

In terms of transport, 90% will be electrified by mid-century, while 6% will be powered by clean hydrogen and 4% by low-carbon liquid fuels. To accommodate the increased electrification of heating and transport, the electricity system in 2050 will need to be at least four times larger than today.

The analysis says it offers a cost-effective route to a Zero Carbon Britain by 2050, with estimated costs of £126.4bn a year, without the need to build new nuclear or gas power plants. Under the Zero Carbon Britain scenario, total energy costs increase by up to 1.5% of GDP a year, the report states.

However, the UK needs to get going if this scenario is to be more than just a pipe dream. Ministers need to set clear targets on ramping up onshore wind and solar deployment between now and 2030, in line with recommendations from the Climate Change Committee, says Melanie Onn from trade association RenewableUK: “The UK needs a more detailed road map to get to net zero.”

Both Onn and the Good Energy report suggest holding yearly contracts for difference auctions to accelerate the deployment of wind and solar, and to remove the barriers to onshore wind via a simplification of the planning process.

In the run-up to COP26, the Good Energy report provides a strong evidence base for the UK government to announce ambitious clean power targets and join US President Joe Biden in his commitment to a carbon-free power sector by 2035, believes Moore. "This report reinforces that it can be done in the UK too, and in a way that is affordable,” he says. “The government just has to get going.”

Topics in this article: UK