When the UK announced its new climate target in April 2021, to reduce greenhouse gas emissions by 78% by 2035 to get to net zero by 2050, one thing was noticeably missing – a plan for how to get there.

The UK is hardly alone in setting a net-zero target for 2050, which means reducing emissions to almost nothing and making up for any remainder with projects to take carbon out of the atmosphere. The 27 countries of the EU have also set this target, with an interim goal of reducing emissions by 55% by 2030. US President Joe Biden too has announced a net-zero target with a 2030 interim. The EU’s plan to reach the target was adopted by the European Commission in July, while Biden’s plan is currently stalled in the US Congress. 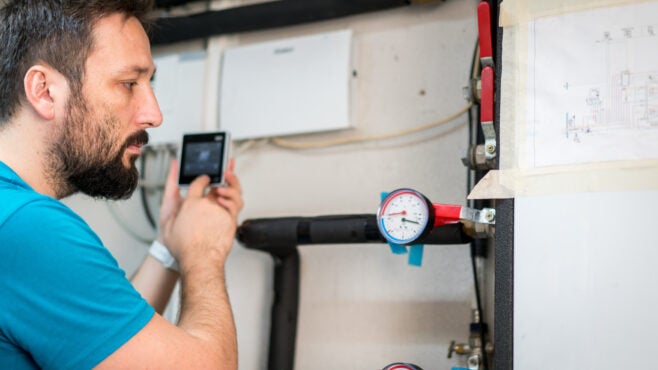 Last week, facing increasing pressure to have a plan in place by the time of the COP26 climate conference starting on 1 November, the UK government unveiled a 368-page roadmap for getting to net zero, along with a sector-specific strategy on heat and buildings, and a treasury roadmap on costs. The plan noticeably leans into decarbonising certain sectors more than others, leaving businesses working in electric vehicles (EVS) and home heat pumps thrilled, while those in sustainable agriculture have less to be excited about.

The winners: heat pumps and EVs

Speaking at a New Statesman/Energy Monitor Making Sense of Net Zero event following the launch of the UK’s new strategy, Kelly Levin from the Bezos Earth Fund noted that net-zero strategies around the world are going to create more opportunities for some businesses than others, depending on how countries craft their road maps to 2050.

The three main areas of focus in the UK’s net-zero plan are electric mobility, home heating and decarbonising electricity. It calls for an end to the sale of combustion engine cars and vans by 2030, an end to gas boiler sales by 2035 and a fully decarbonised power system by 2035.

The focus on building renovation represents a big opportunity for businesses in an area that has so far got less attention from policymakers than renewable energy. A total of 90,000 British households will be eligible for £5,000 grants to install home heat pumps and other low-carbon heating systems over the next three years. This will not completely cover the cost of a heat pump but should bring it down to a level similar to a gas boiler, the government says.

Although the strategy is worded in a technology-neutral way, industry experts say it is targeting heat pumps. The government has delayed a decision on how to integrate hydrogen heating into homes until 2026, meaning that although such systems could be eligible, they are unlikely to benefit.

For heat pump businesses it is good news. Stew Horne at the Energy Saving Trust says the plan “should help provide the confidence, clarity and certainty which will help unlock the [required] investment in the supply chain” to stimulate the heat pump market and lower prices. Phil Hurley, chair of the Heat Pump Association in the UK, says the industry is already “in the best shape it has ever been” and the UK strategy “will give industry and installers a huge confidence boost that now is the time to scale up and retrain in preparation for the mass roll-out of heat pumps”.

However, recent events may yet stifle investment. The government’s flagship home insulation scheme, the Green Homes Grant, collapsed earlier this year after suffering from poor planning and rushed delivery. The new scheme is meant to replace it, but the experience could make investors wary, at least in the early stages.

Upcoming consultations will need to result in clear business models to support the scaling up of carbon capture and storage, hydrogen and electrification in industry. Nick Molho, Aldersgate Group

Kate Blagojevic from Greenpeace UK says the strategy is a “decent start” that will spur investment, but the lack of a date to ban existing as well as new gas boilers coupled with continued uncertainty over the government’s commitment to really splashing cash on energy efficiency means “the strategy will be like a builder who comes without his tools and simply won’t be up to the job”.

Companies involved in clean mobility should also see a boost from the UK’s net-zero plan, which foresees all cars on the road being “zero emissions capable” by 2035. This could include hybrid cars. To increase the sales of full EVs, the strategy commits £620m to zero-emission vehicle grants and electric charging infrastructure.

The third major commitment, decarbonising the power grid by 2035, will create significant business opportunities in the renewable energy space, said Nick Molho from think tank the Aldersgate Group. “[The pledge] will provide an essential bedrock to cost-effectively cut emissions in many parts of the economy and reduce exposure to fossil fuel price fluctuations,” he said. An accompanying plan to develop four low-carbon industrial clusters by 2030 is positive, Molho added, however, “upcoming consultations will need to result in clear business models to support the scaling up of carbon capture and storage, hydrogen and electrification in industry”.

The losers: agriculture and rail

One sector is noticeably missing from the government’s plans: agriculture. Although it accounts for almost a quarter of global emissions, the government has steered clear of any strategy to tackle agricultural emissions – despite a call last year by UK health experts for a climate tax on food with a heavy environmental impact by 2025.

This idea was in an accompanying government policy document about changing consumer behaviours that was reportedly scrapped at the last minute, despite being accidentally published for a few hours alongside the net-zero strategy. The government has been keen to insist that its net-zero strategy will not mean citizens have to change their lifestyles.

However, the lack of attention to agriculture means businesses working to find low-carbon solutions in the sector, such as lab-grown meat or changes in logistics, will find little to get excited about. These types of systemic changes are far more complicated than the sectors tackled in the net-zero strategy, and the UK is far from alone in not addressing them.

“Agriculture is a challenging area,” said Chris Daly, Pepsi’s chief sustainability officer for Europe at a recent event in Brussels following the publication of the UK strategy. “If you look at the carbon footprint of a food and beverage company, 30–40% will come from agriculture. We absolutely need to get agriculture going in the right direction, and governments need to support that.”

Getting different parts of the food and drink value chain working together to lower total greenhouse gas emissions has proven a struggle, one which the Commission is trying to rectify with its 2020 Farm to Fork strategy. However, neither the EU or the UK recommends a change in consumption.

Critics say the lack of attention to agriculture is failing to stimulate low-carbon innovation in the sector. “We need science behind it, so we can be very clear about the benefits a grower will get from doing regenerative agriculture,” said Daly. “Governments need to step in and create the right kind of regulation to bring different parts of the value chain together.”

Alongside the scrapped plans for agriculture was another idea about targeting frequent fliers (to get them to fly less), also removed from the final UK strategy. The strategy does not seek to curtail the building of new roads or expansion of airports, nor does it provide for any major new investments in rail. There is a commitment to increase the share of journeys taken by public transport, and to electrify more rail lines, but these initiatives are not backed up by dedicated funding. Nor is there any mention of scrapping the tax benefits enjoyed by aviation at the expense of rail. This will be disappointing to public transport and rail companies.

However, while the plan does not contain any major initiatives for a modal shift away from air and road and towards rail traffic, it does set the ambition for the UK to become “a world-leader in zero emission flight”, sourcing 10% of jet fuels from drop-in sustainable aviation fuels by 2030. These will get £180m in funding.

As more and more countries set net-zero targets for 2050, the plans they put in place to get there are inevitably going to disappoint some businesses and offer new opportunities to others. The UK government has chosen to put its eggs in the baskets of electric mobility, home heating and renewable energy, betting that these will be the most politically palatable changes that involve the least amount of change to people’s lifestyles.

Unconventional (Oil and Gas) Production in the US Lower 48, H2 2020 Update

At the kids’ table: What youth can do for the energy transition