Carbon emissions from China’s digital infrastructure, including data centres and 5G base stations, will continue to rise in the coming years, forecasts a report from Greenpeace East Asia. Such an increase would mean the digital sector outpacing other carbon-intensive sectors, whose emissions are expected to peak around 2025. 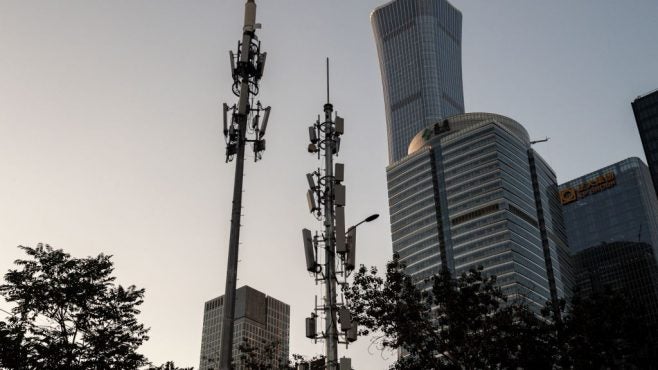 A cellular tower, used for a 5G network, in the Chinese capital of Beijing in September 2020. (Photo by Nicolas Asfouri/AFP via Getty Images)

Chinese data centres and 5G industries consumed 201 billion kilowatt-hours of electricity in 2020, equivalent to the total electricity consumption of Beijing and Shenzhen, which register a combined population of more than 30 million people, says the report. This figure is set to increase by a whopping 289% between 2020 and 2035, says Greenpeace.

Digital emissions expected to outpace steel and cement in China

The NGO is calling for an urgent shift to renewables to reduce the climate impact of this hike in electricity consumption. Last year, 61% of the electricity powering China's digital infrastructure was generated from coal.

Only two major Chinese data centre companies, Chindata and AtHub, have committed to achieving 100% renewable energy by 2030, states the report.