It was billed as a fuel for the energy transition. An incredibly dense, colourless fossil fuel that can be conveniently transported in ships around the world like crude oil, and which produces around half as much carbon as coal when regasified and burnt. Advocates of liquefied natural gas (LNG) predicted a final fossil fuel ‘gold rush’, with Qatar, the US and Australia leading the charge.

Historically, most LNG was sold to the wealthy but resource-scarce countries of Japan and South Korea via long-term contracts linked to the oil price. In recent years, however, the US led a move towards more flexible, short-term sales, where the price is linked to natural gas trading hubs.

Since the turn of the century, the global LNG market has boomed, with worldwide LNG imports more than trebling between 2000 and 2020. The European market has quadrupled in size, as countries look for a cleaner alternative to coal, and to limit their reliance on gas pipeline imports from Russia. 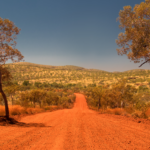 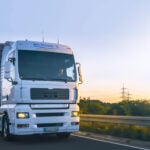 Figures from BP show that LNG imports increased 0.8% year-on-year even during the pandemic-afflicted 2020, as demand for coal and oil plummeted 3.8% and 9.4%, respectively. However, while demand remained strong, prices have been volatile, lurching from record lows during the initial Covid-19 recession to record highs as the global economy recovered. Producers have been unable to keep pace with soaring LNG demand in China (which overtook Japan to become the world’s largest importer in 2021), a cold northern hemisphere winter in 2020, and increased demand during this winter’s energy crisis.

Does price volatility change anything about LNG's long-term growth prospects? Many in the industry do not believe so. LNG demand “is expected to grow 3.4% per annum to 2035”, said consultancy McKinsey in its 2021 Gas Outlook, while oil major Shell predicts that global demand will nearly double to reach 700 million tonnes a year by 2040.

“High LNG prices have spurred a new wave of LNG contracting and will likely drive a wave of North American export projects to FID [final investment decision],” says Ross Wyeno, an analyst at S&P Global Platts. He explains that, while spot prices remain high, “long-term contracted LNG is still a relatively good deal”. This is backed by data from consultancy Rystad Energy, which shows that the volume of mid to long-term LNG contracts soared in 2021.

This growth was largely driven by China, which signed around a dozen multi-decade contracts with overseas suppliers that will see the country double its imports from the US, its great geopolitical rival. The US, for its part, is set to become the world’s biggest exporter of LNG in 2022, and, as Wyeno predicted, three new LNG projects – which would increase the country’s production capacity by a third – are set to begin construction in 2022.

The LNG industry also has a response for those who argue that, given the steep decarbonisation required for the world to meet net zero by mid-century, there is no time for gas consumption to grow as a “transition fuel”. This comes in the form of “carbon-neutral LNG”, which companies claim can be achieved either through the purchase of carbon offsets, as French major TotalEnergies claims to have done, or through carbon capture and storage (CCS) of emissions.

“Across all the major LNG producers, the development of CCS is being sped up,” says Xi Nan, vice-president for gas and power markets at Rystad Energy. “Very soon it is likely that, in order to sell your gas, you will have to claim your gas is cleaner than others' – and the industry is responding to that.”

At the same time, a growing body of evidence suggests this industry optimism may well be misplaced in the long term. For starters, there are serious doubts around suggestions that LNG can ever be carbon neutral. Analysis shows the offsets purchased by TotalEnergies for its “carbon-neutral LNG” are insufficient to actually cover the fuel’s carbon footprint. Meanwhile, the roll-out of CCS technology has proved both expensive and slow: a further Wood Mackenzie report into LNG and CCS, released in September 2021, highlights how CCS continues to account for less than 1% of annual carbon emissions, despite all the noise that the fossil fuel industry likes to make about it.

If there continue to be doubts over the feasibility of decarbonising LNG, then it is unlikely the fuel will gain much traction as a “transition fuel”, as countries begin to plan in earnest how they will get to net-zero emissions.

The continued volatility of LNG prices may also begin to impact consumer demand, say analysts. “The continued high gas price we are seeing at the moment is not healthy for the industry,” says Nan. “If you want people to use more gas, you have to be cheap enough.”

Bruce Robertson, LNG analyst at the Institute for Energy Economics and Financial Analysis (IEEFA), adds that recent months have seen volatility and high prices in both the spot market and the “usually more sedate" contract market. Long-term contracts are usually either linked to the oil price, or in the case of the US, the Henry Hub gas price – and both have been affected during the energy crisis.

“The volatility and absolute level of LNG prices must surely give project developers and governments cause to rethink their plans, especially in countries where there is an affordability issue,” Robertson says.

Affordability is a key point of consideration in many of the emerging markets analysts predicted would drive the LNG gold rush. India is one such market – and in 2021 the country’s LNG imports fell for the first time since 2013. Not only are political leaders put off by high prices, says Nan, but India also lacks the infrastructure that could link new LNG imports to different parts of the country.

Robertson suggested in a January 2021 briefing that other emerging markets like Vietnam, Pakistan and Bangladesh were unlikely to import more LNG if prices remained high, pointing out that Bangladesh and Pakistan had already cancelled tenders. Then, in December 2021, a granular project-by-project investigation from the IEEFA found only a fraction of planned LNG terminals and new gas power plants were likely to be built across five key emerging markets, as a result of ongoing market conditions.

Bangladesh, the Philippines and Vietnam are likely to see just 34%, 27% and 20% of their announced gas power capacity realised, respectively, showed the analysis, which considered factors like the initial valuation of projects, the credit risk appetite in the lending sector, as well as the ongoing price volatility.

For Nikos Tsafos from the Center for Strategic and International Studies (CSIS), forecasting future LNG consumption is complicated. “China has played a huge part in absorbing new LNG volumes,” he says. “[But] when I look at some of the demand forecasts made by consultancies, I really question whether those volumes will materialise.”

Tsafos adds that different markets have either exceeded or lagged expectations – and that narratives such as a transition from coal to gas are overly simplistic. However, he points to the International Energy Agency's (IEA) 2020 World Energy Outlook, which predicted for the first time a decline in global gas use, as evidence that “gas is not transition-proof”.

The ever-accelerating pace of the energy transition poses a threat to the growth of LNG, irrespective of concerns over commodity price or project feasibility. Any number of metrics can be pointed to to make this case, from the new German government's announcement in November 2021 that renewables would account for 80% of the electricity mix by 2030 to the fact that more than 90% of the world’s economy is now operating under a net-zero pledge.

Forecasters have continually underestimated the pace at which clean energy systems are emerging. Famously, the IEA’s world energy outlooks have failed to appreciate the pace at which solar and wind capacity is being installed; in May 2021, the agency raised its forecasts for the two power sources by 25% just six months after making them in its Renewables 2020 report.

“The energy transition is real," says Henning Gloystein, director of energy and natural resources at risk consultancy the Eurasia Group. "Net zero has gone from a rich country fad to a global trend in the second half of 2021. If everyone is to now transition at the pace signified by their goals, natural gas simply cannot play a major role.”

Gloystein says he is sceptical about whether any new LNG projects are a good idea – even if the incumbent industry is intent on talking up the fuel’s prospects. “There is a lot of uncertainty at the moment because ‘net zero’ is new,” he says. “There is a lot of legitimate criticism that net zero isn’t enough to drive change – but even if it isn’t, I think we will soon begin to see economies change much more rapidly as they chart their decarbonisation pathways.”

One country that has already signalled a definitive move away from LNG is Japan. In July 2021, updated government targets showed the country aiming to produce 20% of its power from natural gas in 2030, down from a previous target of 37% set in 2019.  The government also announced it wants to increase generation from renewables from 18% in 2019 to 36–38% in 2030.

Global LNG demand is not about to drop off a cliff, but a future where the strong demand growth of the 21st century so far continues appears increasingly uncertain. This remains, however, the future many countries and industry players seem to be planning for: Data from Energy Monitor's parent company GlobalData shows the number of LNG liquefaction terminals worldwide would more than double under current plans, and that the combined capex of proposed liquefaction and regasification terminals is more than $500bn.

“The stranded asset risk around new facilities is real,” says Gloystein. “If you decide to spend billions now on a new project, it will only be ready in at best five years. This means you will miss out on the current high price window that may have made you decide to invest in the first place – and you will also be competing with the likes of Qatar and the US, who can more easily expand their existing capacity.”

For Nan at Rystad Energy, looking beyond the next ten years simply spells out uncertainty. “The way things are moving at the moment, LNG will still be important in the short term, but after that, it is unclear," she says. "If renewables scale up as much as some are saying they might, then it could be a very different picture.”