Energy traders are making eye-watering margins selling spot cargoes of liquefied natural gas (LNG). Acutely depleted gas storage levels in Europe are keeping LNG spot prices well above seasonal norms. Persistently high prices would indicate a structural shortage, but so far there has been no splurge of capital into new LNG production capacity. The investment cannot be made without demand certainty, and this is fraught with energy transition risks.

Just how much profit can be made from a single LNG spot cargo? In October 2021, a theoretical trade on a cargo of US LNG arriving in Asia in December would have a netted a margin of ~$21.64 per million British thermal units (MMBtu), had it captured the prevailing Asian spot LNG futures price of $34/MMBtu. For a standard vessel carrying 165,000m3 of LNG, that equates to roughly $77m of profit (after paying the cost of production and shipping through the Panama Canal).

These margins spurred US LNG production to new records towards the end of 2021, allowing the US to challenge Qatar and Australia for the title of being the world’s biggest exporter of the fuel. The US Energy Information Administration forecasts this will happen by year-end 2022 – but how long might the US retain this accolade? Additional greenfield LNG export plants planned along the US Gulf are struggling to secure investment, despite the global gas crunch.

Investment management
What is being done to make data centres sustainable? 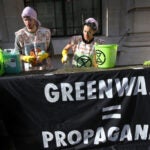 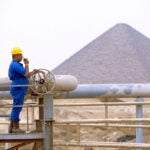 A record surge in demand for the fuel will always prompt operational liquefaction plants to maximise output and make use of any spare production capacity. However, it isn’t enough on its own to underpin commercial capital investment into new LNG export plants. That would require revenues to be guaranteed by a binding contract that commits a buyer to take or pay for the cargoes over a decade or more.

The reason for this is simple: risk-averse lenders. Banks won’t offer project finance to cover construction costs unless an LNG plant pre-sells most (~80%) of its output under long-term sales and purchase agreements (SPAs) with credit-worthy offtakers.

Making that commitment is a big ask of some gas buyers, even in today’s overheated market that is screaming for more supply. It requires security of demand at a level that makes a ten or 20-year SPA contract significantly more cost-effective than buying on the spot market.

Buyers on the hook for long-term LNG purchases have not forgotten how the Covid-19 crash of 2020 flooded global markets with cheap spot cargoes, leaving them holding expensive loss-making contractual volumes. A slew of cargo cancellations ensued, but these came at a cost: customers of US LNG exporter Cheniere paid $708m over April–June 2020 to cancel an estimated 67 LNG cargoes in that period.

How confident can buyers be this won’t happen again, or that paying occasional penalties will still work out cheaper over the long run? For state-controlled entities selling to captive customers in regulated Asian markets that are transitioning off coal, that certainty might exist, but if you are a European utility operating in liberalised wholesale gas and power markets that are decarbonising, long-term fossil fuel procurement means taking a view of myriad political and macroeconomic factors. Where exactly will European gas demand be after a decade of fevered climate policymaking?

The most likely course of the energy transition is bullish for gas, at least in theory: gas offers back-up to renewables, is potentially much cleaner than coal (depending on methane footprint) and is the go-to source to replace nuclear and coal retirements. Transitioning off gas for household heating, fertiliser production and energy-intensive industrial processes will take a lot of time, money and unwavering policy support.

These factors have caught the imagination of retail investors, whose fervour has propelled listed US LNG exporters such as Tellurian and NextDecade into meme stocks. Tellurian’s share price has rebounded from 2020 lows on hopes that it can finally achieve a final investment decision (FID) on its flagship Driftwood LNG export project in Louisiana in the first half of 2022.

The Tellurian fanbase believes the company can find enough long-term buyers to leverage debt. Driftwood has pre-sold more than half of its 16.5 million tonnes per annum (mtpa) nameplate capacity, leaving a small shortfall to reach the 80% threshold imposed by lenders. Further deals are in the works to bridge that gap, but the terms upon which they are signed deserve scrutiny.

Commodity traders Gunvor and Vitol will buy a big chunk of the volumes from Driftwood at prices indexed to the Japan Korea Marker and the Dutch Title Transfer Facility, meaning Tellurian’s revenue will fluctuate with the Asian LNG spot price and European gas hubs. Banks dislike commodity price risk and are reluctant to lend against projects exposed to it.

The situation for NextDecade is even more challenging. The company’s 11mtpa Rio Grande LNG project in Texas has pre-sold just 2mtpa to oil major Shell, leaving a big deficit to satisfy lenders. Both Tellurian and NextDecade have repeatedly missed FID target dates for their respective projects. They won’t progress unless the promise of strong LNG demand is pinned down in watertight contracts that derisk revenues to make them bankable.

‘Going long on LNG’ means betting against another black swan-type event that tanks the global economy and energy demand. A substantive commitment also requires collateral that not all utility offtakers are willing or able to provide – and politics cannot be ignored either. Any commitment to lock in 10–20 years of fracked US shale LNG would be an affront to the stated ambitions of some EU countries to marginalise the transitional role of gas in Europe.

NextDecade discovered this to its detriment in late 2020 when French semi-state-owned energy company Engie pulled out of a tentative deal to buy LNG from Rio Grande. This reportedly followed intervention from French government officials aghast at the methane and flaring footprint of the shale fields that would feed the project. Engie has since signed a smaller deal with rival exporter Cheniere that passed under the radar, while NextDecade has been at pains to reinvent itself as the purveyor of “the greenest LNG in the world”.

Some buyers are striking new LNG sales deals. Since global gas markets tightened in Q3 2021, Chinese companies signed SPAs for an aggregate 8.8mtpa (over various contract durations) with LNG exporters in the US, Qatar and Russia. That is equivalent to about 13% of China’s total LNG imports in 2020; however, China alone cannot underwrite a new wave of investment in LNG infrastructure sufficient to meet growth in global gas demand.

Decarbonisation and efficiency will cause European gas demand to fall by 3% to 495 billion cubic metres per annum over 2020–2040, according to oil major Shell. However, domestic production is falling faster, meaning the region’s reliance on LNG could grow by 7% to 84mtpa over the same period. Unless this extra supply is secured via long-term contracts, Europe will become ever more exposed to the whims of the spot market to satisfy marginal demand.

Even if pragmatism prevails and European companies go on an LNG buying spree, it takes 3–5 years to build a new LNG plant after taking an FID. This makes handsome winter spot margins today seem a bankable certainty for the rest of this decade. The problem for most projects vying for investment, however, is that the banks don’t see it that way.

Topics in this article: Gas, LNG, US 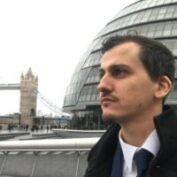