Natural gas has long occupied an ambiguous slot in the European energy mix. Environmental campaigners are adamant it is a fossil fuel that should be next in line for a phase-out after coal. The gas industry – which has clung to the term “natural” as opposed to “fossil” gas – has traditionally emphasised the massive CO2 savings it can deliver as a substitute for coal and its role as a back-up for variable renewables.

To that narrative the industry has added one emphasising the possibilities of decarbonising gas itself. The new line is that in a net-zero world, low-carbon and renewable gases provide an essential supply of clean molecules to complement clean electrons. 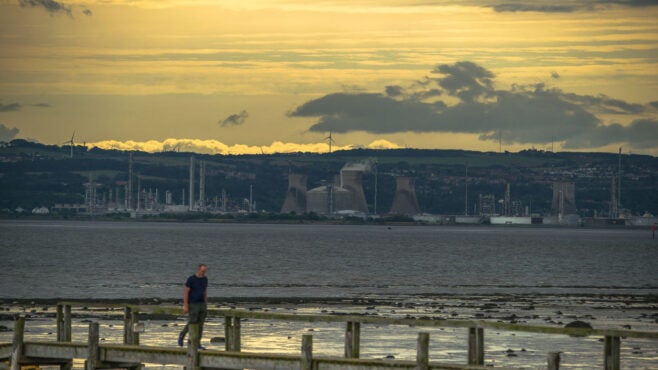 INEOS has said it will convert its Scottish petrochemicals plant and oil refinery at Grangemouth to run on hydrogen at a cost of more than £1bn to make it net zero for carbon emissions by 2045. (Photo by Stewart Kirby/SOPA Images/LightRocket via Getty Images)

The soaring price of gas has thrown those arguments into doubt. They have also, perversely, provided grist for those arguing against an aggressive energy transition. A rational response would be for policymakers to redouble their efforts to drive fossil fuels out of energy systems, while ensuring the energy insecure are protected.

Policy
Covid-19: Sub-Saharan Africa has yet to realise its renewable potential

Certainly, the immediate crisis revolves around security of supply. This dates back to the Russia-Ukraine crisis in 2009. Russia’s invasion of Ukraine in 2014 drove the point home. The vulnerability of gas supply to geopolitics is once again on display today. Plenty of factors help explain the current price crisis, including weather and rebounding post-pandemic demand, but Russia is definitely on the list. On Tuesday, the International Energy Agency (IEA) said it believed Russia “could do more” to increase gas availability to Europe and ensure adequate supplies in time for winter. Russia has suggested the Nord Stream 2 pipeline could help.

Yet security of supply is not what is hitting headlines at the moment. High prices are doing that. The EU has always insisted its climate and energy policy rests on three pillars: security of supply, affordability and sustainability. Gas now faces questions on all three. This has knock-on consequences for everything from electricity prices and the relative value of energy efficiency and renewables, to the EU’s ‘Fit for 55’ plans to reform its carbon market, to the most likely pathway to a hydrogen economy.

European electricity prices have climbed to their highest levels in over a decade in recent weeks, rising above €100 per megawatt-hour in many markets, notes the IEA. In Germany, Spain and the UK, prices have at least tripled over the past year. This is hardly conducive to electrification, one of the basic tenets of the energy transition. Meanwhile, to the extent that the EU needs gas to back up its renewables fleet – which underperformed this summer in the face of low winds – high prices present an obstacle.

High power prices are also triggering fresh calls to abandon a plan to extend carbon trading to heating and road transport. They have amplified calls to reign in speculation in the existing EU Emission Trading System. EU energy ministers meeting informally in Brdo, Slovenia, on Wednesday, wrestled with questions over how to protect consumers. Without stepping in to deal with prices, the energy transition risks losing support, they argue.

Hydrogen derived from natural gas also suddenly looks a lot less attractive. For low-carbon ‘blue’ hydrogen, made from natural gas with carbon capture and storage, the high gas price comes on top of a study this summer suggesting it is worse for the climate to heat homes with blue hydrogen than natural gas.

However, soaring gas prices should breathe fresh life into energy efficiency and renewables. The IEA’s executive director Fatih Birol is categorical. "Well-managed clean energy transitions are a solution to the issues that we are seeing in gas and electricity markets today – not the cause of them,” he says. In the UK, climate think tank Ember attributes 86% of the tripling of UK electricity prices to “the soaring costs of fossil fuel imports”. Generating electricity from existing UK gas plants is three times more expensive than from new onshore wind and almost twice that from new solar, it adds.

The EU’s ‘Fit for 55’ proposal on energy efficiency is quietly ambitious. Yet it faces long-standing political and practical headwinds. The current gas crisis should help drive it over the finish line. Back in 2014, energy efficiency became part and parcel of energy security. In the run-up to the first batch of 2030 climate and energy targets, then EU energy commissioner Günther Oettinger liked to trot out the fact that every extra 1% of energy savings would cut EU gas imports by 2.6%. This calculation rings with fresh resonance today.

Renewables are a long-term source of abundant, affordable clean energy. “Electricity prices are prone to be driven down further as more clean power installations come online,” said trade association Eurelectric on Wednesday. “The capital and operational costs of renewable power are significantly lower than those of gas and coal, making the case for utilities to continue to invest.”

High gas prices strengthen the case for the EU Green Deal and 'Fit for 55' proposals, but these need to be more aggressively bolstered with financial support for those struggling in the face of the clean energy transition. The Jacques Delors Institute, a think tank, has proposed an objective as simple as ensuring that “not a single European family suffers from cold at home in winter”. Currently, over 50 million European families do not have access to the energy they need.