Momentum is building behind the global clean energy transition, but unless much larger sums are raised quickly to accelerate the transition from fossil fuels, we will fail to reach net-zero greenhouse gas emissions by 2050.

Multi-billion-dollar Covid-19 recovery packages offered countries the opportunity to ‘build back better’ and ramp up low-carbon investments, but few are directing much of their relief spending towards clean energy. The Sustainable Recovery Tracker launched in July 2021 by the International Energy Agency (IEA) found just 2% of the $16trn mobilised by governments for pandemic recovery is set aside for clean energy. Energy Monitor’s own earlier analysis of countries’ green recovery packages also found decidedly mixed results.

“Not only is clean energy investment still far from what is needed to put the world on a path to reaching net-zero emissions by mid-century, it is not even enough to prevent global emissions from surging to a new record,” says IEA executive director Fatih Birol. Under current government plans, says the IEA, global CO2 emissions “are set to climb to record levels in 2023 and continue rising in the following years”. 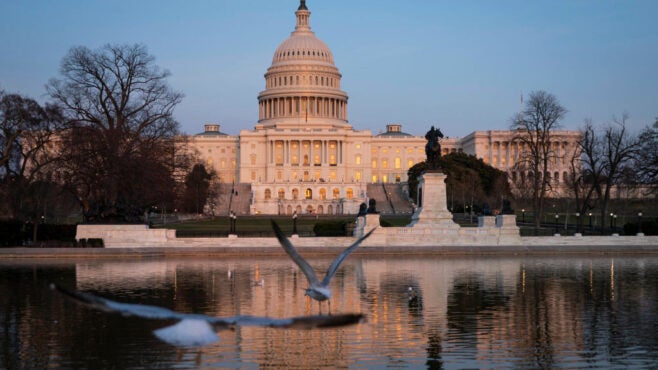 Research company BloombergNEF estimates that hitting net-zero emissions by 2050 will require as much as $173trn in investments in energy supply and infrastructure over the next 30 years. Mobilising such sums would require a doubling of annual energy investments from $1.7trn to $3.1–5.8trn on average through to mid-century.

Another problem is that clean energy investment is concentrated in developed countries, approaching 60% of the IEA's recommended levels in “advanced economies”, but just 20% in “emerging and developing economies”.

Even worse, governments are needlessly delaying the energy transition and exacerbating climate change by continuing to subsidise fossil fuels. “Governments of all individual country members of the G20 continue to provide substantial financial support for fossil-fuel production and consumption,” finds a report published in July 2021 by Bloomberg Philanthropies and BloombergNEF. Financial support for fossil fuels from G20 countries alone totalled $3.3trn between 2015 and 2019, say the researchers.

Lagging clean energy investment and lingering fossil fuel subsidies consign us to failure. What can be done? It won’t be easy, but the world needs to see the US step up and show the way forward.

The good news for all those waiting on the US to atone for Donald Trump’s costly delay in climate action is that Joe Biden supports ending fossil fuel subsidies and making a trillion-dollar investment in clean energy. The 2022 budget plan the Biden administration submitted to Congress at the end of May proposed the elimination of fossil fuel industry incentives worth more than $120bn over the next ten years. The Biden administration must finish the job started by President Barack Obama at the G20 summit in Pittsburgh, Pennsylvania, in 2009 and lead a global coalition to end fossil fuel subsidies.

“The pace at which we are deploying climate solutions is wholly unacceptable.” Jigar Shah, director of the US Department of Energy’s Loan Programs Office

The White House must also prise clean energy funding from Congress at a scale commensurate with the US’s worsening climate crisis. Here again, the administration is primed for action. Biden’s American Jobs Plan, released at the end of March, includes more than $1trn for climate action. The administration knows current US clean energy spending is insufficient.

“The pace at which we are deploying climate solutions is wholly unacceptable,” says Jigar Shah, director of the US Department of Energy’s Loan Programs Office. “The US is at maybe $200bn a year of climate change solution deployment annually. That number has to probably be a trillion dollars a year to be able to be on track to [achieve] the goals that the president will be announcing in Glasgow [at COP26].”

However, to eliminate fossil fuel subsides embedded in the US tax code or expand clean energy spending, Biden needs the assent of Congress, specifically the near unanimous support of his fellow Democrats, who control both legislative chambers. The Democrats’ only hope to accomplish both goals is to employ budget reconciliation – a procedure little known even to most Americans – that allows the passage of a taxing and spending bill in the Senate with a simple majority, enabling Democrats to overcome a certain Republican filibuster.

Last month, Senate Democrats agreed to a $3.5trn baseline for a budget reconciliation bill. Democratic senators are negotiating the final provisions of a bill that must satisfy all 50 members of their caucus, from progressives like Bernie Sanders and Elizabeth Warren to moderates like Kyrsten Sinema and Joe Manchin. Whatever bill emerges from that process is likely to be Joe Biden’s best opportunity to pass his climate agenda and demonstrate to the world the US’s determination to end fossil fuel subsidies and make the investments necessary to achieve carbon neutrality by 2050.

The world is not on track to invest in clean energy at the scale required to meet Paris Agreement targets. Only a fully committed US can make it so. The Democrats now in control of the White House and Congress must act resolutely at home to convince the world the US will lead the global effort to close the spending gap.