The International Energy Agency’s (IEA) net-zero pathway was clear about what needs to happen to upstream oil and gas if the world wants to reach net zero by 2050. “No fossil fuel exploration is required and no new oil and natural gas fields are required beyond those that have already been approved for development,” said the authors.

The global pipeline of new fossil fuel facilities is the subject of Energy Monitor’s second end-of-year forecast, and is illustrated in the charts below. The first shows there are roughly 10,000 oil and gas fields around the world listed by GlobalData as ‘discovered’. This represents fields not yet licensed for development but that represent ‘emerging opportunities where exploration and appraisal wells confirm hydrocarbon presence’.

The vast majority of ‘discovered’ fields are in countries that do not have any formal plans to end approving new oil and gas fields, unlike members of the Beyond Oil and Gas Alliance, launched at COP26. If these fields are issued licenses for development, then the world can wave goodbye to net zero by mid-century and limiting global warming to 1.5°C.

Net Zero
Covid-19: Sub-Saharan Africa has yet to realise its renewable potential 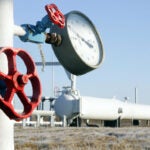 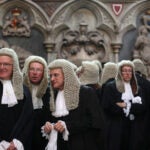 The authors of the IEA pathway say upstream oil and gas investment should average about $350bn every year from 2021 to 2030 for the world to be on track for net zero by 2050.

GlobalData’s forecast of spending in the oil and gas industry over the next decade is in line with this trajectory, so this is good news for the world’s prospects of avoiding catastrophic climate change. It also suggests that national oil and gas policies that would still let thousands of ‘discovered’ fields be licensed for extraction are not in line with the market trends oil and gas companies are planning for.

However, a low-carbon future is not only about ending oil and gas production. The dirtiest fossil fuel, coal, remains the world’s main source of electricity. The IEA’s net-zero pathway says there should be “no new unabated coal [power] plants approved for development” from 2021, as well as “no new coal mines or mine extensions”.

Data from GlobalData shows there remain hundreds of coal mines around the world in the pipeline, however, with South Africa, China, India and Australia leading the charge.

There are also slightly more than 200 coal power plants at the pre-construction stage, most of which are in Indonesia, India and China. If all these plants are approved – and neither China nor India have formally pledged to phase-out coal – then the world will not be on track to net zero.

However, just because new plants, mines and oil and gas fields are proposed, does not mean they will be developed. The global pipeline of proposed coal power plants collapsed by 76% between the signing of the Paris Agreement in 2015 and 2021, says the think tank E3G.

It is hard to forecast the future, but with fossil fuel pipelines continuing to grow in some jurisdictions, and 2021 the first year ever that 'fossil fuels' were even mentioned in a UN climate conference decision, a targeted, multilateral agenda to drive the decline of fossil fuels remains a distant prospect.