Nearly three-quarters of methane emissions from oil and gas operations could be avoided with existing technologies, such as leak detection and repair, and a ban on non-emergency flaring, and 45% could be avoided at no net cost as the value of the captured gas is higher than the cost of abatement, says the International Energy Agency in a new report. 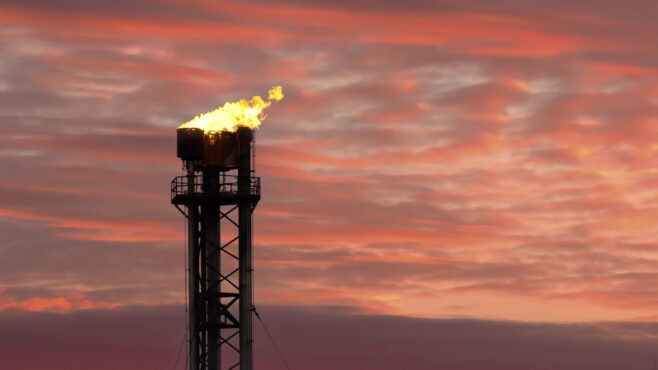 Flaring at a gas terminal. (Photo by Alexisaj via Shutterstock.com)

In 2020 fossil fuel operations emitted 120 million tonnes of methane – one-third of all methane from human activity – due largely to leakage during production, the report says. The active elimination of methane emissions is expected to require a $13bn investment, which could be entirely offset via the sale of the captured methane.

The report cites tackling methane emissions from oil and gas operations as one of the “best near-term opportunities” for climate action due to the large scope for cost-effective abatement.