As always, it came down to money. Two weeks of climate talks in Bonn ended with bad blood between the rich world and developing countries over finance, while environmental groups decried a lack of urgency from governments distracted by geopolitics and looming economic crises.

“A sense of urgency was missing from the negotiations,” says Mark Lutes, conservation group WWF’s head of delegation in Bonn. “There was a lot of hostage-taking, and trade-offs between mitigation and areas of greater interest to developing countries, like adaptation, finance, and loss and damage.”

“It is a prelude to what will be a difficult COP27 [in Sharm El-Sheikh, Egypt, in November],” he adds.

International treaties
What is being done to make data centres sustainable? 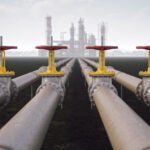 However, delegates at the largely technically focused meeting reported a constructive atmosphere, as the climate talks shift from writing the Paris Agreement rulebook to delivering on its objectives.

Opening the talks, outgoing UN Framework Convention on Climate Change (UNFCCC) Executive Secretary Patricia Espinosa noted that, with the Paris Agreement rulebook finalised at COP26 in Glasgow last November, “the guidelines for full implementation are now in place and nations have everything they need to implement and boost climate action”.

“The world is going to have one question in Sharm El-Sheikh,” she added. “What progress have you made since Glasgow?”

As the process pivots towards implementation, a considerable number of technical issues need to be resolved and preparations made for political decisions. Speaking at a press conference in Bonn, David Waskow, international climate director at the World Resources Institute (WRI), described the talks as “laying the foundations” for issues to be advanced at COP27.

COP26 established a “dialogue” to discuss loss and damage, an outcome that advocates felt did not give the issue sufficient prominence. Efforts by developing countries to put the subject formally on the agenda in Bonn failed, with the subject now deferred to COP27. Rich countries have proved resistant to adding another financial mechanism to the Paris Agreement, fearing the potential size of the commitment.

Despite this failure, and the disharmony it created at the talks, loss and damage is now “squarely in the middle of the negotiations”, says Lutes at WWF. “Two or three years ago, almost no one was talking about it.”

Loss and damage could, some argue, have implications for the private sector. On the one hand, notes Sonja Klinsky, an assistant professor at Arizona State University’s School of Sustainability, economic actors in climate-vulnerable developing countries face enormous impacts from climate change. In addition, large corporations could find themselves on the hook for some of the finances needed to compensate affected communities.

“You have got companies that have generated huge revenues from over-exploitation of the world’s resources, while other people are facing existential losses because of it,” she says. “I would not be surprised if, at some point, people don’t start knocking on private sector doors for liability.”

Sophie Punte, managing director of policy at the We Mean Business Coalition, notes the concerns of governments and companies that once money is offered for loss and damage that this could open legal doors. “But corporate lawsuits are already ongoing in the Netherlands, the UK and many other countries over failure to act on climate change. We need to work out how business can respond in a constructive way, rather than defensively … But governments need to take a lead on this. We will first need a political resolution.”

Complicating the discussions about loss and damage is the continuing failure of the rich world to deliver $100bn a year in climate finance to developing countries. That pledge, made in Copenhagen in 2009, was for 2020; now, it is unlikely to be met until 2023, according to figures from the OECD.

According to the IPCC, “there is a three to six-times gap in investments for mitigation,” noted Preety Bhandari, a special advisor at the WRI, at the press conference. “The conversation has moved from billions to trillions,” she added.

Discussions around climate finance were “largely absent from the official agenda” in Bonn, says Lien Vandamme, a senior campaigner at the Center for International Environmental Law. Lutes adds that there is unlikely to be a decision on a new climate finance target before 2025.

There was also limited progress in terms of countries committing to more ambitious emissions reduction targets. COP26 concluded with a call for those governments that had not done so to update their nationally determined contributions (NDCs), or national climate plans, by the end of this year.

Thus far, this has not happened. Climate Action Tracker, which monitors government targets, says this “goes against the clear agreement of the Glasgow Pact to update national 2030 climate targets in 2022”. Its analysis finds that the world is on course to emit twice the greenhouse gas emissions in 2030 than would be compatible with the 1.5°C limit. “The world is heading to a warming of 2.4°C with [its] 2030 targets and even higher, 2.7°C, with [its] current policies,” it says.

Waskow at the WRI is more optimistic. He notes that the new government in Australia has promised a more ambitious NDC than that proposed by the previous climate-sceptic Liberal government. He adds that he did not expect new NDCs by this point in the year. “COP27 is really the milestone for that,” he says.

Nevertheless, the Glasgow Climate Pact also exhorted governments to “accelerate sectoral action” in the run-up to 2030. “That has been a little bit missed in the mix,” Waskow says.

That need for increased ambition isn’t solely the responsibility of governments, says Karl Vella, director of climate policy at the World Business Council for Sustainable Development. “We need more ambitious commitments from companies, and from more companies,” he says.

Critical to increasing ambition is the Global Stocktake process. This is designed to collect information on the implementation of the Paris Agreement, reporting to COP28 at the end of 2023. It is timed to inform the next round of NDCs.

Vella says the stocktake should also aim to consider the contribution of business through “concrete, tangible evidence of where business is implementing and investing in the solutions to deliver a net-zero world”.

Indeed, given the growing focus on implementation, Punte at We Mean Business says that governments in Bonn were eager to hear examples of business action on climate. She cited interest in the decarbonisation of steel production and hydrogen infrastructure, and in the policies needed to scale them up. “I see a real opportunity for business to talk specifically about the actions they are taking and the specific policies and regulations they need in specific countries,” she says.

However, there are questions about the likely effectiveness of the Global Stocktake process in driving up ambition. “There is concern about what concrete impacts the Global Stocktake, and whatever outcomes it produces, will have on national planning processes and targets,” says the WWF’s Lutes. “There is a lot of scepticism.”

After a long-overdue agreement was reached at COP26 on Article 6 – which governs carbon trading under the Paris Agreement – the talks in Bonn focused on details. Lutes notes that, while the discussions were technical in nature, “it is important that the environmental integrity [of Article 6] is maintained, and there are lots of ways that this could be undermined”.

This includes rules around the registry that will track transfers under Article 6.2, which governs the international transfer of carbon reductions. These rules are important to ensure visibility of trades between countries and to avoid double-counting emission reductions, explains Andrea Bonzanni, international policy director at the International Emissions Trading Association (IETA).

Progress was slower on Article 6.4, which creates a centralised, UN-run mechanism to allow projects to earn carbon credits, similar to the Kyoto Protocol’s Clean Development Mechanism. Before detailed work developing its rules can begin, a supervisory body needs to be appointed: two regional groupings, the Asia Pacific Group and the Latin American and Caribbean Group, had not agreed on their representatives by the end of the talks.

In Glasgow, it was envisioned that Article 6.4 would be operational by 2023, “but until we have a supervisory body, we can’t work to that target”, Bonzanni says.

This means that large companies looking to take advantage of these mechanisms should focus on Article 6.2, suggests Juliana Kessler, a consultant with Perspectives Climate Group. “It is clear that Article 6.4 will require more time.”

Meanwhile, considerable work is under way to ensure that all countries have the institutional means to host emission reduction activities and gain access to climate finance. “Interest in Article 6 and carbon pricing in general is very high,” says Bonzanni. Side events on the subject were well-attended in Bonn. “Article 6 needs to be operationalised in all countries that want to use it – there shouldn’t be obstacles based on a lack of capacity.”

The Bonn talks took place in a very different geopolitical environment than those in Glasgow at the end of last year, with Russia’s invasion of Ukraine looming over the discussions. For veterans of the climate talks, however, it is somewhat business as usual.

“Climate action is never easy – there is always something going on,” says Klinsky, noting that the negotiations continue to feel the effects of the Covid-19 pandemic, and have weathered financial crises and economic downturns. “There are many concerns about continued financial strains, especially on developing countries, and what that has done to budgets and their ability to do the actions they would like to do.

“Crises happen all the time. Everyone acknowledges them, and then puts their heads down and tries to do the best they can …. When you are in the climate conversation, you are in it for the long haul,” she adds.

However, lack of progress on key issues in Bonn will require higher-level political intervention before COP27 in Egypt. Lutes at the WWF points to the G7 summit taking place later in June, and the July meeting of the annual Petersberg Climate Dialogue, convened by the German government. “We need to see some higher-level political attention to get some of these [issues] over the finish line,” he says. However, if it is going to take money to unlock the talks, darkening macro-economic clouds will make that task harder.