Australia is unique as a country rife with opportunity and resources to be a leader in a low-carbon economy – it has plenty of sun, wind and critical minerals for electrification – but also as one of the nations most at risk from the worst consequences of climate change.

In the last few years, Australia has suffered ever more devastating wildfires. The 2019–20 bushfire season destroyed 60–84 million acres and more than 2,000 homes, and killed at least 34 people. Smoke blew across the Tasman Sea all the way to New Zealand. This year, the country has grappled with severe flooding across eastern states, from Queensland down through New South Wales, that the Insurance Council of Australia estimates has caused A$3.35bn ($2.32bn) of damage – making it Australia’s costliest flooding to date – with no end in sight.

It is against this backdrop that Australians are taking to the polls on 21 May to decide whether to give the Scott Morrison-led Liberal-National Coalition government another three years. Alternatively, they could shake things up by handing over power to an Australian Labor Party government, or to a minority government led by one of the two major parties propped up by the Greens and/or independents. Studies suggest that climate change is a top issue among the electorate now – which could spell trouble for the incumbents.

“We are living it – we are experiencing climate events that hitherto had never been experienced in Australia,” says Andrew Grant, executive chairman of offset project developer Tasman Environmental Markets. “The public now understands climate change… and are alarmed.”

“All elections matter, but this one matters particularly because we are at a juncture with the pandemic and with the latest IPCC report; we are also heading for quite a significant moment in time for action on climate,” says Emily Gerrard, director and principal lawyer at advisory firm Comhar Group.

“There have been such seismic shifts in people’s circumstances because of the pandemic and because of climate change,” she adds. “The rate at which these events are occurring and populations and communities are enduring them [creates] a lot of emotion and frustration.”

Yet little has been heard from either of the main parties about climate action, after toxic campaigns in the past. Labor is not actively pushing its climate ambitions “for fear of it being weaponised against them”, says Grant, as has happened in the past. In 2013, the Coalition successfully branded the former Labor government’s carbon pricing mechanism as a tax.

Under Coalition leadership since 2013, Australia’s climate policies have routinely been criticised for a lack of ambition as a mix of climate scepticism among some members and strong links to coal-mining regions hinder progress. As well as repealing the carbon pricing legislation, the Coalition also weakened the country’s renewable energy target and shut down the independent Climate Commission.

Instead, the Coalition’s Direct Action Plan saw the government use public funds to seed an Emissions Reduction Fund (ERF) to buy lowest-cost emissions reduction credits generated by the domestic Carbon Farming Initiative (CFI) via reverse auction. It eventually introduced the Safeguarding Mechanism for industry, which imposes a baseline on annual emissions for each facility in a bid to ensure the reductions procured via the ERF are not counteracted by rising industrial emissions. Facilities that emit more than their baseline can also use credits from CFI projects to cover their excess.

Despite once famously bringing a lump of coal onto the Senate floor, Morrison finally gave in to mounting pressure to commit to net-zero emissions by 2050 ahead of the COP26 UN climate talks in Glasgow in November 2021. This decision sparked infighting among the Coalition’s members and led to the ousting of Michael McCormack as leader of the National party and deputy prime minister, replaced by climate action opponent Barnaby Joyce.

Renewable push from the right

While the Coalition remains out of step with many voters and Labor is not pushing climate change as an issue either, this election cycle has seen the emergence of the so-called Teal Independents, a group of conservative-leaning candidates who want to see Australia’s climate ambitions stepped up.

Comhar Group's Gerrard says the Teal Independents are bringing more ambition and climate action, “and proposing steps to do that and in a manner that reflects the mechanics of the international framework, such as five-year [climate] adaptation plans”.

John Connor, CEO of business group the Carbon Market Institute, also notes the significant rise of the Teal Independent candidates in this election, which he adds are “partly funded by what is effectively a political action committee, like what we see in the US”. These candidates are seen as likely to strip votes away from right-wing Coalition candidates.

“If some of these Teal Independents are in a position to be required for minority government with either the Coalition or [Labor], it is clear that they will extract some climate outcomes,” Connor says. He suggests they could tighten the Safeguard Mechanism or vehicle emission standards.

Both the Coalition and Labor are committed to Australia’s climate goal of achieving net-zero emissions by 2050, but they differ in how to get there. The Coalition parties are focused on industry and supporting a transition there, such as via hydrogen and carbon capture and storage, with no changes foreseen to the Safeguarding Mechanism. Instead, they are rebranding the Safeguard Mechanism they themselves created as Labor’s “sneaky carbon tax”; the opposition party has pledged to revise and gradually lower the baselines over time to drive further emissions reductions in line with recommendations from the Business Council of Australia.

Labor is also focused on scaling up the use of electric vehicles and renewable energy, and modernising the country’s electricity grid to accommodate a rising share of renewables, as well as upping the country’s 2030 emissions reduction target.

“The opposition has a lot more policies and ideas to reduce emissions from the various sectors, probably most notably from the high emitters, the industrial sectors,” says Bret Harper, director of research at analysis company RepuTex. “It is proposing to transform the existing policy – which really serves to measure and keep track of emissions from major facilities – into a more traditional baseline and credit scheme, where the baselines would tighten over time. That would make these facilities increasingly accountable for their emissions.”

The Labor proposal to ratchet up the Safeguard Mechanism is “the most attractive proposal out there” to address climate change, says Tasman’s Grant.

No regrets: finance and coal

Regardless of which party ultimately forms a government, Erwin Jackson of the Investor Group on Climate Change sees two areas where there will be progress on policy. “The first is around embedding climate change into our financial system, particularly around ensuring we have robust, credible climate-related disclosures,” he says. This is being driven both by growing awareness of its importance domestically but also global trends towards mandatory climate disclosures.

“The Australian electricity sector is transforming quite rapidly,” agrees Harper. Renewable energy uptake is soaring – and expected to continue on this trend. “A barrier to that is the transmission system,” he adds. “This was built for traditional coal and gas plants which existed in certain areas of the country... whereas the renewables resources, wind and solar, sit in different regions.”

The existing grid is also maxed out with renewables, he continues, so new transmission links to connect renewable energy zones is needed. A federal government could accelerate this by coordinating at the national level instead of leaving it to the state authorities, he suggests. Harper adds that Labor has policies to take on this role and provide the low-cost financing needed.

Under Labor and the Greens, Comhar’s Gerrard sees lots of potential for renewables, specifically solar power, batteries and grid enhancements. However, she adds, they have made little mention of how to handle the waste that arises from the manufacture of solar panels and batteries for electric cars, and how to handle components at end of life given the hazardous waste they may contain.

“Starting to really incentivise some of the innovation and technology we need to reduce the potentially harmful things we put into renewable energy products, and ensuring we recover and safely dispose of or hopefully reuse those elements at end of life, will help,” she says. “Otherwise, we are creating a problem for ourselves.”

For investors, Jackson warns that every dollar invested in the Australian Stock Exchange gives double the carbon exposure of any other major market. “That is the result of 15 years of lack of policy, in large part,” he says. “Whoever wins is going to need to start addressing the system-wide implications of Australia potentially becoming a stranded asset.”

He adds: “Action on climate change is pro-business… that is what global capital is demanding.” 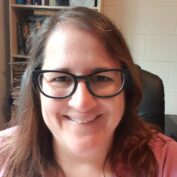 Katie Kouchakji is an Auckland-based freelance journalist, specialising in climate change policy and the low-carbon transition. She has been writing about energy and climate change for over 15 years, including for Environmental Finance, Carbon Pulse, the International Bar Association and FORESIGHT.
SUBSCRIBED