Since swooping to power in late May, the Anthony Albanese-led Labor government in Australia has moved quickly to implement key climate policies it had campaigned on. The country’s 2030 emissions-reduction target has been increased, the first significant climate change legislation in a decade has been passed, and the government has held its first consultation on a national electric vehicle strategy. In a bid to burnish its climate credentials, the government is also bidding to host the annual UN climate talks in 2026.

However, there remains one big similarity to life under the previous government: new natural gas projects seem to be going ahead as planned. A report from independent non-profit the Climate Council in early November noted that, as of December 2021, there were more than 100 new fossil fuel projects at various stages of development in Australia – which could add 1.7 billion tonnes of carbon dioxide equivalent (tCO2e) of emissions annually if they all proceed, it calculated. For comparison, Australia’s current emissions are slightly below 500 million tonnes each year.

“There has been a change of brand, but as far as new gas and coal go, it is business as usual,” says Polly Hemming from think tank the Australia Institute. A report last year from her organisation found that of the 114 new fossil fuel projects, 44 were gas, predominantly liquefied natural gas (LNG) for export markets. These alone would emit 292 million tCO2e every year, factoring in the emissions associated with final consumption (which include 95.4 million tCO2e of emissions from households).

“None of those gas projects are not going ahead,” Hemming says. “They are all still in the pipeline. There has been no commitment from Labor to phase out or stop new gas and coal in Australia. We do have a higher climate target [and] there has been a lot of rhetoric about Australia being back on the world stage… but as far as new gas and coal for export goes, nothing has changed.”

Hemming points out that the latest budget, announced in October, included A$1.9bn ($1.3bn) for a petrochemicals plant in Darwin, in Australia’s north, and that the government approved a A$32m loan for a new gas project in Victoria in November.

“While Labor constantly says new gas and coal projects have to stack up economically, there has not been any talk about phasing out the A$10bn a year in fossil fuel subsidies,” Hemming adds.

“It doesn’t make sense to continue permitting new oil and gas expansion [anywhere in the world] while claiming to be a leader on climate [action],” says David Tong, global industry campaign manager at the NGO Oil Change International. “Often policymakers focus only on demand […] and don’t look at the supply of fossil fuels, which are the biggest cause of the climate crisis.”

The International Energy Agency's (IEA) net zero 2050 road map is clear that reaching this goal means no new oil and gas fields can be approved. “There simply is no such thing as new gas production that is consistent with the Paris Agreement goals,” Tong says. In addition, a 30-fold increase in the use of carbon capture and storage (CCS) is needed this decade. “If you don’t factor in CCS, it is not enough to stop approving new projects,” he explains.

Tong suggests that the Australian government should cease approvals for new projects and “require producers in existing fields to be prepared to pay the full costs of clean up and remediation of those fields upon shutdown”.

He adds: “Continuing to permit new fields at this point is either betting on failure to achieve the Paris Agreement’s goals or betting that other countries will blink first and close their fields and mines early to allow Australia to keep producing for longer.”

Fossil fuel exports are big business to Australia, with exports having doubled since 2005. LNG is the second-largest export commodity; the government expects LNG exports to be worth A$90bn in the 2022/23 financial year. In total, the government is forecasting that gas and coal export earnings will be two to three times higher than in 2020/21 – but will ease back after 2023/24 once the current global supply shortfall triggered by the Ukraine war eases.

The high volume of gas for export has caused problems for the domestic market this year. With global gas prices soaring to new heights, Australian exporters are sending excess uncontracted supply overseas rather than offering it to the domestic market first, said the Australian Competition and Consumer Commission (ACCC) in August – leading to a supply crunch on Australia's east coast.

“Increasingly, LNG exporters have diverted most of their excess gas to overseas spot markets, with as much as 70% of the excess volume going overseas in recent years,” said ACCC chairperson Gina Cass-Gottlieb. “If LNG exporters were to provide all of their excess gas to overseas markets, the east coast gas market would be facing a supply shortfall of 56 petajoules.” That is around 10% of demand in this market.

Western Australia has been less affected, since the state requires gas production equivalent to 15% of exports to be made available for the domestic market. The eastern states, at present, do not have such a policy, which has seen prices there spiral and prompted calls for the federal government to intervene and implement either an export or gas price cap. The government finally responded in the first week of December, with a proposal to cap gas prices at A$12 per gigajoule as part of an energy price relief plan, which the Parliament is due to vote on this week.

“[The supply crunch] has led to a chorus of calls for more gas development,” says Bill Hare, Perth-based chief executive of non-profit Climate Analytics. “[However] many energy analysts would say we don’t need more gas, the problem is the market.”

The bigger issue, Hare continues, is the impact of domestic gas use and LNG exports on Australia’s climate goals. “Gas use is probably going to decline in the power sector due to the penetration of renewables,” he says. However, there is no plan, at national level, to address the use of gas in industry and heating, he adds – although individual states are making efforts, such as Victoria, which no longer mandates gas connections for new residential properties.

LNG exports are a much bigger problem still. Hare says gas companies argue that LNG is a critical decarbonisation fuel for Asia. “The problem with that thesis though is that the numbers don’t stack up,” he says. “If you unpack the Paris-compatible trajectory for the power sector in Asia, you see that gas demand will probably fall, or needs to fall, quite quickly.”

The IEA’s net zero 2050 road map says that global demand for gas needs to decline by 30% by 2030 and 60% by 2035 (from 2020 levels). “This is not an indication that gas is a long-term transition fuel – it is an indication that gas also needs to exit the market,” Hare says, noting that this IEA timeline is 50% faster than a year ago as renewable technologies have improved and costs have continued to fall.

One way the Australian government could move to curb gas expansion is to bring these projects under the Safeguard Mechanism, a policy that measures industrial facilities against emissions intensity baselines and requires those that exceed their baselines to buy Australian carbon credit units (ACCUs) to compensate. (This mechanism and the ACCU programme are also under review and reform by the government, with a first legislative revision tabled on 1 December for the Safeguard Mechanism.)

“Rather than stopping the gas projects, I think what they want to do is find a way to make those projects accountable for their emissions – especially the emissions that occur in Australia,” says Bret Harper, head of research at RepuTex, Australia’s leading provider of carbon and electricity market analysis. “That way they are not killing the projects and all the investments and jobs that could go along with that, but [instead] … rely[ing] on the price signals to come through.

“But you have really got to get the market settings right,” he adds. “Potentially we are talking about large liabilities for carbon emissions. I think the folks that are developing those projects ultimately understand that these costs are large enough to change the economics of the project.”

In 2021, industry body the Australian Petroleum Production and Exploration Association (APPEA) released a set of climate policy principles that embrace the goal of net-zero emissions by 2050 for the country and suggest that a carbon pricing mechanism that includes the use of offsets should form part of the strategy. APPEA did not respond to a request for further comment for this piece.

Hemming from the Australia Institute argues that the Safeguard Mechanism is not the answer, as any abatement it delivers will be eclipsed by emissions from new gas and coal projects, and that it allows the use of offsets from a programme under review owing to questions around its environmental integrity. “The Safeguard Mechanism itself is a flawed policy – Labor isn’t using it because it is a good policy, it is using it because the architecture is there,” she says. “It is a Frankenstein legacy policy.”

The main problem is that the Australian government is pushing to cut emissions domestically while still exploiting gas and coal reserves for export, Hemming concludes. “It is sort of like a drug dealer cleaning up their act but still selling to others.”

“I think the Labor Party is going to be in big trouble with this in a couple of years’ time, because the hypocrisy is going to become clearer and clearer – not just on gas but also on coal,” concurs Hare. “What they are hoping is that the market will sort it out and that demand will naturally collapse on its own, despite continued government promotion.

“[But] I think they are running into an issue here that is uncontainable. In terms of climate issues, people are really pissed.” 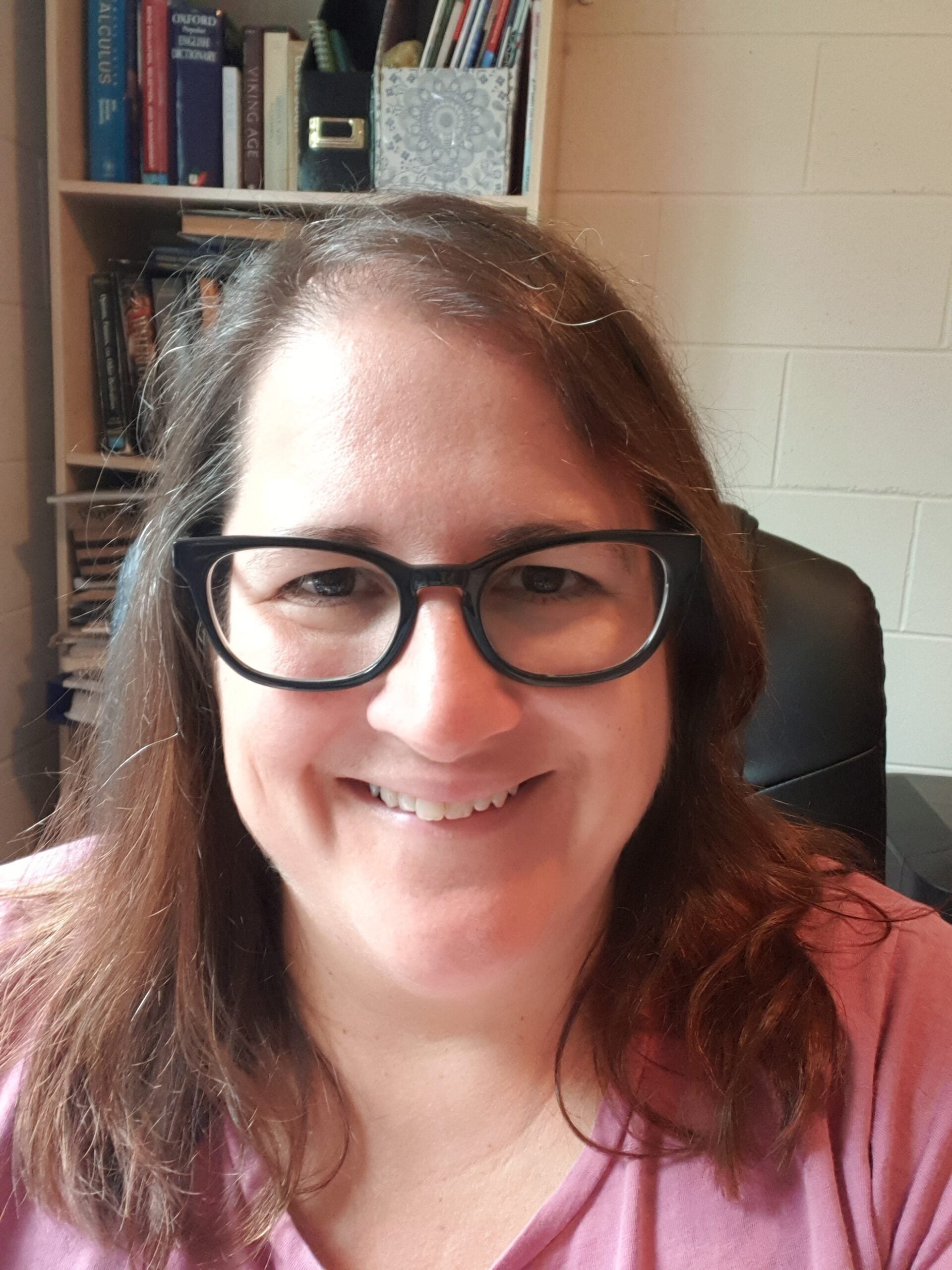 View All
View All
Built environment