The gap between how much needs to be spent to meet net zero, and how much is being spent, is profound. Public and private finance will need to be harnessed if we are to have a chance of meeting net zero – and many in the industry believe a levy on carbon emissions offers a practical solution.

“A carbon tax is the single best policy for addressing climate change, period,” says Thornton Matheson, senior fellow at the Washington, D.C.-based Urban-Brookings Tax Policy Center. “People still view a carbon tax as too expensive, and an economy killer – but the cost impacts of climate change are already racking up into the tens or hundreds of billions.” 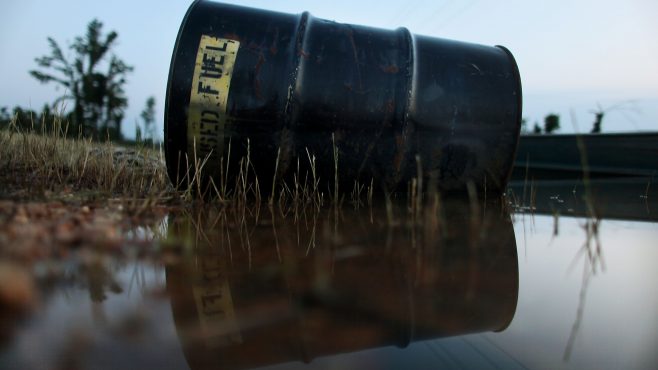 The theory behind the carbon tax is simple: those who are responsible for greenhouse gas emissions have to pay for them. Already, national fuel duties or other targeted national climate change levies, as well as emissions trading systems (ETSs), such as those in the EU, California and China, go part of the way.

There are 64 carbon pricing schemes in operation around the world, according to the World Bank. But these typically have a limited scope, often only targeting power generation or certain industrial sectors (ignoring heating, transport and agriculture), and with extensive exemptions and low prices meaning that penalties are avoidable. Just 3.8% of emissions produced worldwide are covered by a carbon price set above $40 per tonne of CO2 equivalent, which, according to the World Bank, is the lower end of the price range needed to limit global temperature rises to 2°C.

Sweden is often cited as an example of a country with a well-implemented carbon tax. It first introduced its tax in 1991, at a price of €24 per tonne of CO2. This has been raised in parallel with reductions in income taxes for lower income brackets, to a current price of €115 per tonne of CO2, with almost no remaining exemptions.

Advocacy groups like the UK-based Zero Carbon Campaign want a universal charge that would be imposed on all emitters, at a price that would generate significant income and ensure companies are put on the path to net zero 2050.

“A carbon tax has a critical role to play in facilitating the transition towards net zero,” says Hannah Dillon, from the Zero Carbon Campaign. “By attaching a cost to the production of greenhouse gas emissions, we can encourage heavily polluting firms to move away from environmentally damaging processes, and also raise critical revenues that can be invested in the low-carbon transition”

Oil companies have long received specific subsidies in the form of tax credits and exemptions. In the US, they can defer tax payments in a given year, with a 2014 report highlighting that the 20 largest oil and gas firms were able to defer up to half of their federal income tax payments. US firms also enjoy a tax break related to “intangible drilling costs” that dates back to 1916, which in practice means companies are not taxed on any expenses that are not directly linked to the final operation of an oil well.

In the UK, government subsidies for extraction are so large that in 2015 and 2016 the UK government actually paid more money than it received in royalty payments for the extraction of North Sea oil and gas. Extractive Industry Transparency Initiative (EITI) data shows that 19 oil and gas companies operating in the UK, rather than paying tax, have on a net basis been subsidised since the Paris Agreement was adopted in 2015. The government estimates it will provide £9.4bn in tax rebates for oil and gas firms to aid decommissioning between 2020 and 2065.

Like many multinationals, oil and gas companies also make use of offshore shell companies to avoid tax. But, says Alex Cobham from NGO the Tax Justice Network, “tax avoidance tends to be more egregious amongst these companies, because the cross-border nature of their activities means there are more opportunities to avoid tax.”

The five biggest private sector oil and gas firms – Shell, ExxonMobil, BP, Total and Chevron – have 395 subsidiaries registered in just one notable tax haven, the Netherlands, found a report from 2018.

Allowing tax avoidance from these companies also “does not make a neutral industry more profitable than it would otherwise be, because this is an industry that is destroying the planet”, Cobham says.

“Tolerance of tax avoidance is another form of subsidy,” he adds.

Between 2008 and 2015, the US-based Institute on Taxation and Economic Policy (ITEP) found that the largest companies working in oil, gas and pipelines paid, on average, 11.6% of their US pretax income in federal income taxes, almost 50% below the average rate of 21%. “We looked at publicly available data to reach these figures,” says ITEP’s Matt Gardner. “There’s no indication companies were doing anything illegal: they simply received a much better deal.”

Since President Donald Trump’s Tax Cuts and Jobs Act of 2017, which theoretically introduced a universal corporate income tax of 21%, tax avoidance has remained rampant. A 2021 report from ITEP highlights 55 large US companies, including eight energy companies, that have avoided all tax over the past three years. The Coronavirus Aid, Relief and Economic Security (CARES) Act allowed 77 energy firms to pocket $8.2bn in tax rebates in 2020, even as they cut a net total of around 60,000 jobs, shows data from the NGO Bailout Watch.

President Joe Biden has said that he will increase the corporate income tax rate back up to 28%. He has also said that he will cut fossil fuel subsidies. “But it is not totally clear what this means,” says Gardner. “There are very specific tax breaks that apply to fossil fuel industries. But there are other tax breaks that apply to everyone. It’s a pretty hypothetical exercise at this point.”

The standout achievement of the meeting of G7 finance ministers in June was an agreement to introduce a minimum international corporate tax rate of at least 15%, in a bid to target “the largest and most profitable multinational enterprises”. A further 130 countries have since also committed to the minimum rate.

Analysis by the EU Tax Observatory shows European companies that would be forced to pay more tax include oil giants BP, Shell and Repsol. By looking at voluntarily published company recordings of taxes paid in various jurisdictions, analysts worked out that Shell, BP and Repsol respectively had a €2.9bn, €480m and €133m deficit on their tax payments in 2019, were a 25% international corporate tax rate to have been fully implemented.

While the new tax rate is certainly a step in the right direction, it remains important to be vigilant of what this will mean in practice.

“It is at the G20 meeting in October that we will see the detail, and the extent to which proposals will be watered down or negotiated up,” says Cobham. “The risk is that allowances for certain national subsidies could be defined in such a way as to still enable extraction to be exempt in some jurisdictions.”

Whatever the final outcome of new minimum global tax negotiations, the level of taxation will arguably always remain insufficient to recompense for the damage these companies’ activities inflict on the planet. “With a 15% tax rate, oil and gas firms will remain very profitable,” says Cobham. “They’re still not going to change their particular model, even if they have to pay a bit more tax.”

Oil and gas companies should be paying a fair level of tax – but simply taxing companies more would not necessarily help wind down fossil fuel consumption. Higher taxes on fossil fuel companies’ profits may reduce their investment somewhat, but companies that operate in lower-cost markets could also increase production, meaning prices might not rise very much. It is because of this that a universal targeted tax on carbon and other greenhouse gases – with necessary clauses to support vulnerable consumers – is a more effective tool to help stimulate the energy transition.

“An enormous amount of money has gone into the PR that the extractive sector is an economic contributor, which has allowed companies to sustain massive tax avoidance,” adds Cobham. “But actually these companies are fundamentally damaging, including to our economies. They should instead be dealt with like tobacco companies, whose products face specific high taxes to make amends for the damage that they do to society – and with the ultimate intention of ending it entirely.”

This article is part of a special series series on corporate tax. See related articles on Investment Monitor:

Topics in this article: Carbon Tax, Oil and Gas, UK, US