As the world starts to recover from the Covid-19 pandemic, the economy is roaring back to life. While that might seem like good news, we are quickly learning that this speed is having a lot of negative knock-on effects, from supply chain disruptions to labour market upheaval to soaring energy prices. This last development has the potential to be the most disruptive in the long term, as winter looms. 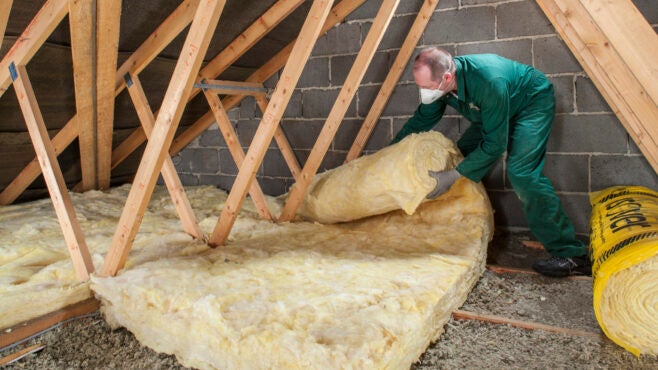 The energy price rise is global, but in energy-import-dependent Europe the consequences could be particularly dire. Gas prices are soaring, leading to a rise in home electricity and heating bills. This week, EU Labour Commissioner Nicolas Schmit warned that the number of Europeans at risk of energy poverty is quickly rising. National governments are calling for coordinated EU action, but this is difficult given that energy is a national competence. Last week, EU Energy Commissioner Kadri Simson unveiled a “toolbox” to tackle the price rises, but most of this was reminders of what member states can do at national level. EU prime ministers and presidents are expected to agree to work with this toolbox at a summit in Brussels this week.

However, the EU did not need to find itself in this position. Many point out that if EU countries had just stuck to the energy efficiency targets they agreed to a decade ago, Europe would not be in the energy-dependent situation it is in now.

Energy efficiency could solve a lot of the problem. Simson said the Commission is readying a proposal to update the energy performance of buildings directive (EPBD), and in the meantime the Commission is “encouraging national, regional and local governments to take full advantage of the unprecedented funds available” from the proceeds of the EU Emissions Trading System. EU member states received an additional €10.8bn ($12.56bn) from the system in the first nine months of 2021 compared with the same period in 2020, thanks to the increased economic activity and higher carbon price.

If national governments are serious about dealing with Europe’s energy woes, they should show it by developing real long-term and robust plans for improving energy efficiency.

However, it is hard to believe national governments will start taking energy efficiency seriously now, when the evidence shows they have not so far. A report published last week by Renovate Europe, E3G and Green Recovery Tracker took a look at the commitments to energy renovate building stock in EU member states’ National Recovery and Resilience Plans (NRRPs), which set out how they will use their share of the EU’s €750bn pandemic recovery fund. It found the level of planned investment in most EU countries to be extremely low – and there are almost no plans for after 2026.

EU countries already missed the energy efficiency directive’s original target, set in 2012, of increasing efficiency by 20% by 2020. Instead, the needle on efficiency barely moved, with the average efficiency level in the EU at the end of 2020 about five percentage points above the intended target. A new target has been set to improve that to 32.5% by 2030, but most countries are nowhere near this goal, and the priorities shown in their pandemic recovery spending do not encourage much optimism that they will get there.

The Commission’s ‘Fit for 55’ proposal to increase that target to a 36–39% energy efficiency improvement by 2030 looks a long way off, and risks being watered down by national governments in the legislative process. However, a recent assessment found that if the Commission’s proposal survives the national instinct to ratchet down ambition, it could deliver major benefits in just a few years.

EU governments have been mandated to spend at least 37% of their pandemic recovery funding on climate-related action, with energy renovation specifically encouraged to be a flagship component. However, the study found that an average of only 8% is being allocated to energy renovation. The worst performer is Austria, which envisages just 3% of funds going to energy efficiency projects. The best performer is Belgium with 16% – a number more in line with what Renovate Europe believes would constitute a flagship component of climate spend. Per capita, Greece leads the pack with plans to spend €384 per capita on energy renovation, compared with just €11 in Austria.

The low amount of spend is all the more disappointing when the biggest criticism of last year's EU’s Renovation Wave strategy is that it lacks standards and cash. However, all hope is not lost, say the report’s authors. The recovery fund spending is an ongoing process, and the current energy price crisis may refocus minds. Renovate Europe campaign manager Caroline Simpson says that in their current form the NRRPs “will not be transformational for building renovation”, but “there is still room for member states to course-correct during the implementation phase”.

The authors set out nine recommendations for countries to improve their spending plans. Chief among these, says Simpson, is that countries should have firm plans years in advance to create a “sustainable renovation ecosystem”. That means investments in the enabling framework to create sustainable renovation markets. Otherwise, even the investments up to 2026 would fall off a cliff at that time. The study also stresses that an ambitious regulatory framework is needed at EU level, including the introduction of mandatory minimum energy performance standards for buildings. Contrary to a year ago, the revised EPBD, which is due on 14 December, is expected to propose these.

As the saying goes, the cheapest energy is that which we do not use. Many solutions will be needed to deal with rising energy prices, both in the short and long term. Energy efficiency is one of the long-term issues. However, if we do not get started now, we will never get to where we need to be. If national governments are serious about dealing with Europe’s energy woes, they should show it by developing real long-term and robust plans for improving energy efficiency.

Topics in this article: Comment, Energy Prices, EU, Fit for 55