A significant source of emissions from gas production comes from gas-fired engines used to drive gas compressors, which move the gas from processing sites to gas pipelines, and eventually to homes and businesses. However, producers could use electric motors instead of large gas engines to drive compressors, reducing maintenance and fuel/energy costs, according to SWEEP. Most importantly, with rising levels of renewable energy resources being added to the grid, electric compressor drives could reduce carbon emissions by 45%, according to a recent SWEEP study.

Natural Gas Services Group, a leading provider of gas compressors in the US, recently committed to convert up to 100 compressor packages to electric motor drives over the next three to six months.

Electrification
What is being done to make data centres sustainable? 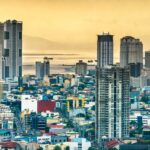 Electrification
The Philippines makes its first move towards offshore wind 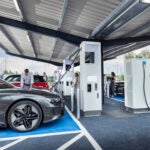 A second major source of carbon emissions from gas production derives from the leakage of methane from gas pneumatic pumps and controllers. As most gas production sites are based in remote areas and are therefore not connected to the electricity grid, these devices are typically powered by gas and often leak significant amounts of methane.

However, some gas producers are beginning to either connect their sites to the grid or generate electricity on-site using gas engine generators. While connecting to the grid is a much cleaner option, even gas engine generators significantly reduce methane emissions. Yet, based on projected emission factors for Colorado’s grid over the next ten years, SWEEP estimates that using grid electricity instead of an on-site gas generator would reduce greenhouse gas emissions by approximately 35%.

Topics in this article: Gas, Methane, US