Wherever in the world you sit down to dinner, there is a strong possibility your knife and fork are from Sheffield. Known by locals as the ‘Steel City’, Sheffield has been involved in modern steel production since it was pioneered there by Benjamin Huntsman in the 1740s. By the mid-19th century, Sheffield was producing 85% of the 50,000 tonnes (t) of UK-made steel.

Since then, however, the industry has “lurched from crisis to crisis”, says Jonathan Webb from the Institute of Public Policy and Research (IPPR), a UK think tank. The UK steel sector has faced several challenges, notably enduring high energy costs. These make it difficult for companies to compete with European manufacturers with lower energy prices, and Chinese state-subsidised companies selling steel at a loss (known as dumping) in an over-supplied global market, states an IPPR report.

In 2019, the UK produced seven million tonnes of steel while China made 996 million. The UK steel sector employed 33,400 individuals and produced £2bn ($2.75bn) in revenues. That is only 0.1% of total UK jobs and of economic output, rising to £4.8bn when supply chains are included. Nevertheless, the UK steel sector remains of “national strategic importance”, says Webb. This is particularly true in the north, which hosts more than one-third of the UK steel industry’s jobs.

Cleaner fuels
Covid-19: Sub-Saharan Africa has yet to realise its renewable potential 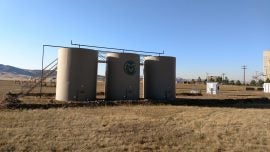 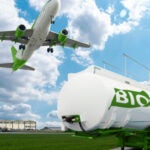 The UK Industrial Decarbonisation Strategy, released by the government in March 2021, targets a nearly fully decarbonised steel sector by 2035, based on recommendations from the UK’s Committee on Climate Change. To fund this decarbonisation, the government created a £250m Clean Steel Fund in 2019. However, investments from the fund are on hold until 2023 due to “the absence of a clear road map for decarbonisation”, says Roz Bulleid from think tank Green Alliance.

In 2019, the UK steel industry emitted approximately 12 million tonnes of CO2 (including indirect emissions from power production), representing 11.5% of UK industrial emissions and 2.7% of all UK greenhouse gas emissions that year. According to Webb, the UK has two options. “We either produce green steel ourselves in a low-carbon way, and retain all the subsequent prosperity and employment opportunities, or we import low-carbon steel, and give that value away,” he says.

Webb believes Sheffield has a “unique role to play in catalysing the UK’s green steel sector”. He is not alone. Labour MP Paul Blomfield recently urged the UK government to back trials on the production of green steel ahead of COP26. “What better place than Sheffield?” Blomfield asks.

The majority of steel is produced in two ways: using an integrated blast furnace or an electric arc furnace. Blast furnaces produce steel from iron ore and need coal as a reductant. Electric arc sites use steel scrap or sponge iron (produced by reducing iron ore into iron) as their main input.

More than 80% of UK-made steel is manufactured in blast furnaces at the country's two remaining primary steelmaking sites in Port Talbot in Wales and Scunthorpe in Yorkshire, which are responsible for more than 90% of UK steel emissions. Conversely, most of Sheffield’s steel plants focus on the production of speciality or recycled steels, made via electric arc furnaces.

Reaching near-zero emissions by 2035 requires “significant industry realignment”, says Bulleid. Primary steel production can be decarbonised by carbon capture, but it is the use of green hydrogen that holds real promise, she adds.

There are two ways to use green hydrogen in steelmaking. First, it can be injected into conventional blast furnaces as an additional reductant; however, this only cuts carbon emissions by 20% since the furnaces still require coal too. Second, hydrogen can be used as an alternative reductant to coal or natural gas in the production of sponge iron, which can then be used in an electric arc furnace to produce emissions-free primary steel. This process is already used in the Middle East, but with natural gas rather than hydrogen as the reductant.

The EU has 23 projects under way that use green hydrogen to produce primary steel, 14 of which are specifically exploring the production of sponge iron. The first European trials have been taking place in Sweden. In June 2021, HYBRIT, a project set up by Swedish steel manufacturer SSAB, mining group LKAB and utility Vattenfall, produced 100t of the world’s first green steel, for car manufacturer Volvo. The project saves 90% of the emissions associated with steelmaking and should shift to industrial-scale production in 2026. This would enable the Swedish steel industry to reduce its emissions by 35 million tonnes a year, or two-thirds of the country’s entire emissions.

“There is a much more positive story to tell on clean steel [in the EU] than in the UK,” says the Energy and Climate Intelligence Unit, a UK-based non-profit. Despite a growing acceptance that hydrogen will be the main means of decarbonising steel, “the UK has no plans to trial hydrogen steelmaking”, Bulleid says.

Sheffield already has the capacity to incorporate green hydrogen into steelmaking, both as an additional reductant in a blast furnace and as a reductant in the production of sponge iron. Graham Cooley, chief executive of local electrolyser manufacturer ITM Power, believes any initial UK trials should focus on using green hydrogen in a blast furnace. “Producing sponge iron is the ultimate goal,” he says, “but injecting the green hydrogen directly into an existing blast furnace would be the best starting point as it wouldn’t require a total conversion of the current [steel] production process.”

Cooley expects green steel to be one of four industrial sectors that will be decarbonised via green hydrogen, alongside refineries, ammonia and methanol. He says: “The UK industry should be doing this. We should be making a green steel product to export worldwide, and Sheffield would be a great place to produce it.”

Webb agrees: “Sheffield has all the necessary components to produce green steel, the dots just haven’t been connected yet. ITM Power is a world leader in the development of green hydrogen. Only one mile away is Forgemasters, a major steelworks equipped with electric arc furnaces.”

Forgemasters, one of the UK's oldest steelworks, was recently brought under government control due to its significance as a steel supplier to the Ministry of Defence. Webb says: “The UK could start to pilot hydrogen-based production of sponge iron on a small scale [at a government-owned facility]. If the trial was successful, they might then decide to implement the same technology at the larger, more polluting sites at Port Talbot and Scunthorpe. The opportunity is clearly there, but the government is not seizing it.”

Everyone is waiting for a decision from the UK government on how the Clean Steel Fund will be spent, says Bulleid. Due to the long life of blast furnaces, it needs to come quickly, she says.

“The blast furnace in Port Talbot will need refurbishment around 2025," Bulleid notes. "Most integrated steelmaking infrastructure has a lifetime of 30 years, so we only have one major opportunity for refurbishment if the sector is to be near-zero [emissions] by 2035.”

There is a mismatch between the government’s rhetoric on its targets and plans to meet them, says Blomfield. “Other countries are further ahead with tangible plans to achieve net zero," he states. "It is easy to establish bold targets for reducing emissions, but we need clear milestones linked to practical plans.”

Any hopes for clarity from the UK Hydrogen Strategy, unveiled in August 2021, on the role of green hydrogen in steel production were quickly dashed as the report promised nothing more than an update in the UK’s forthcoming Net Zero Strategy, which is expected ahead of COP26 this autumn.

Webb agrees that action from the national government has been underwhelming, despite strong support from local leaders. He cites a recent promise from South Yorkshire Mayor Dan Jarvis to hold the government's “feet to the fire” to protect the local steel industry. Webb concludes: “The UK steel sector has to reposition itself now to reap any future benefits. If it doesn't, there will be few options left but to reduce it to a fraction of its size or do away with it entirely.”

Topics in this article: Steel, UK