When the EU adopted a directive requiring member states to ensure minimum refuelling points for electric cars and other alternative fuels in 2014, Siim Kallas, European Commission vice-president at the time, proclaimed the law would provide long-awaited legal certainty for companies to start investing.

“Member states requested flexibility,” he said. “It is now up to them to develop the right national policy frameworks.”

Spoiler alert: national governments did not develop the right national policy frameworks. Critics say the fault lay with the structure of the law itself. It was a directive, a type of EU law that sets a goal for member states but does not prescribe how to reach that goal. Faced with a great deal of flexibility and little consequence for not investing, most national governments did not put much effort into building the recharging infrastructure needed for the mass uptake of electric vehicles (EVs).

Now, the Commission is proposing to scrap that 2014 directive and replace it with a regulation, a more prescriptive type of law that tells national governments what they need to do and spells out penalties if they do not do it. Increasing charging infrastructure is essential to decarbonise transport. 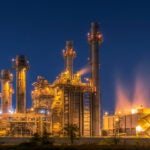 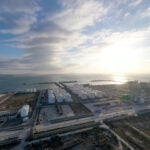 Stakeholders in the electric mobility and alternative fuels sectors are encouraged by the new proposal, as are consumers’ and drivers’ associations. Laurianne Krid, director general at the International Automobile Federation for Europe, which represents drivers, says the proposed regulation contains real ambition that will “enable consumers to recharge or refuel their vehicles anywhere in the EU and as easily as is currently the case”.

“We expect that the more prescriptive regulation will significantly accelerate the deployment of alternative fuel infrastructure, as it comes with an obligation to deliver infrastructure all over the EU,” she adds.

However, because they are so prescriptive, regulations tend not to be the favourite type of EU law in the Council, the upper house of the EU’s legislature made up of its 27 national governments – and already the pushback has started. When the 27 national transport ministers discussed the proposal on 9 December, several called for greater consideration of national specificities. Countries in southern and eastern Europe, where deployment of alternative fuel infrastructure is further behind, want more leeway in meeting the targets.

“Differences related to national specifics will have to be taken into consideration as well as different starting points,” said Jernej Vrtovec, the transport and infrastructure minister for Slovenia, which held the rotating presidency of the Council until the end of December 2021. “Large investments are needed both at the national and European levels. A technology-neutral approach will have to be retained, at least in the segments for which we don’t have all answers yet.”

Ismail Ertug, the centre-left German MEP in charge of the file in the European Parliament, says it will be essential to maintain the core ambition of the proposal as MEPs negotiate with the Council in the coming year. “There have been some member states already slowing down the ambition,” he says, noting it was the Council that defanged the original 2014 directive. “All the indicative measurable targets were cancelled at that time, but with a regulation the member states won’t have room for undermining the content.”

While the 2014 directive only required governments to develop national policy frameworks for publicly available refuelling and recharging points, the new proposal sets mandatory national targets that require more recharging infrastructure to be built for each new EV. There are national fleet-based targets for cars and vans that stipulate that for every battery EV a total power output of at least 1kW should be provided through publicly accessible recharging stations; for every plug-in hybrid, at least 0.66kW.

The Commission also sets distance-based targets for light and heavy-duty road vehicles along main roads, in each direction of travel, with a maximum distance of 60km between them. Finally, there are requirements for ensuring the recharging stations are user-friendly, such as common payment options, price transparency and smart recharging.

The new regulation is not only about EVs. It would require publicly accessible hydrogen refuelling stations to be deployed at intervals of a maximum of 150km along main roads, with at least one available in every urban area with more than 100,000 people. The Commission also introduces provisions to ensure minimum coverage of publicly accessible refuelling points for liquified natural gas (LNG) for heavy-duty vehicles and ships. Separately, it targets the provision of shoreside electricity for certain seagoing container and passenger ships in maritime ports, and for electricity supply to stationary aircraft.

Krid says while she welcomes the provisions, they need to be further strengthened to deliver for citizens. She would like to see electricity tariffs at recharging points based on the amount of electricity received rather than a per-session or per-minute price. She also says the regulation should set up digital public information platforms to let people compare tariffs.

Ertug says he wants to make the consumer provisions of the regulation stronger by making it obligatory that recharging stations accept credit cards. He also wants to give it more teeth by adding a sanctions mechanism similar to the one contained in the EU car CO2 standards law. This would be a faster and more efficient way to ensure compliance than the usual infringement procedure, he says.

“For every not-installed charging point, the member state should have to pay X amount of money. This money should go into a budget to be used for faster ramp-up of infrastructure.” Separately, Ertug would like to have a fleet-based approach to the recharging infrastructure for trucks, rather than just the distance-based approach the Commission suggests.

On the other hand, there is one area where Ertug would like to see more flexibility – he suggests vehicle density should be taken into account in requiring charging points every 60km. “In some regions like the north of Sweden it doesn’t make sense to invest thousands of euros in stations that will not be used,” he says. “But, we must make sure a vehicle density parameter doesn’t become a loophole,” the MEP adds.

Automakers and NGOs in agreement

Ertug is planning to include these ideas in his report, which will be submitted to the Parliament’s transport committee by 11 February. The committee will debate the report and amend it in March and April, with a vote planned for May. Ertug hopes to see a vote by the full Parliament in July – but the timing for final adoption will depend on the Council, which will adopt its own version of the legislation. This will then need to be reconciled with that of the Parliament.

“I have to look to my institution first, but with one eye we are looking to the Council as well,” says Ertug. “It has to be feasible [to pass a Council vote], but it also has to be ambitious.”

In general, the Council has been supportive of the aim of the legislation and there is not a big lobby against it. The auto industry, particularly in Germany, has changed its tune from seven years ago, now realising they will not be able to sell their new EVs without infrastructure, and they have little control over getting that infrastructure built.

This has created a rare alignment of interests between NGOs and automakers. The European Automobile Manufacturers Association supports the change from a directive to a regulation, mandatory targets and the new onus on infrastructure suppliers. In fact, it wants the proposal to be made even more ambitious.

The NGO Transport & Environment (T&E) calls it a “strong proposal with a few shortcomings”, namely that it includes targets for LNG infrastructure. T&E would also like to see the Parliament add a safeguard mechanism to make sure the fleet-based targets do not result in a two-speed Europe. Ertug says he is considering this.

Not everyone is so enthusiastic. “Infrastructure roll-out should be based on member states' individual demand profiles,” said refining association FuelsEurope in a position paper. The regulation is “oriented towards electrification [and] the proposed targets create a bias in the expected development of the new infrastructure [which] might regrettably prevent the markets to develop the most competitive and effective lower carbon solutions”. FuelsEurope also wants to see the proposed proportionality principle between fleet size and power output for electric charging expanded to hydrogen and LNG.

What is clear, is that the clock is ticking. The EV market is increasing rapidly and infrastructure is not keeping pace – not by a long shot. There is a general consensus this legislation must be adopted quickly. EU Transport Commissioner Adina Valean has made this point repeatedly. However, the proposal is part of the overall 'Fit for 55' package, which is meant to be debated and adopted as a whole.

Nevertheless, Ertug is pushing for the alternative fuel infrastructure law to be stripped out of the package and adopted earlier. “The market is going fast. We see the numbers of electric vehicles increasing, and not only in Germany. My firm intention is to be fast as possible.”

However, Krid is wary of the idea of separating out the regulation from the rest of 'Fit for 55'. “Infrastructure is a precondition to achieving our common ambition,” she says. “The regulation is part of the package and an integral element of the strategy. We call for the proposals to be considered as a package.”

NGOs and industry are hoping to see some signals from the Commission and the French presidency of the Council, which took over from Slovenia in January, that they agree with Ertug’s approach of adopting this regulation early. Only once an ambitious alternative fuel infrastructure roll-out is guaranteed, they say, will there be sufficient market signals to really get EV production off the ground.

Topics in this article: Electric Vehicles, EU, Fit for 55