“Not so fast,” said Washington when, in 2011, the EU was preparing to become the first major economy to make a serious attempt to tackle aviation emissions by forcing airlines to purchase permits to pollute in its Emissions Trading System (ETS).

A trade war loomed as the Obama administration, backed by bipartisan support in the US Congress, threatened to retaliate if the EU dared make US airlines pay for emissions for flights to and from Europe. It was a matter of sovereignty, the administration insisted. Eventually, the EU backed down, agreeing to exempt foreign airlines and only make flights within EU airspace subject to emissions trading. Connie Hedegaard, EU climate commissioner at the time, said Europe was, instead, giving the International Civil Aviation Organization (ICAO) time to agree a global deal. If no deal were reached by the end of 2013, foreign flights would be included in the ETS, she warned. 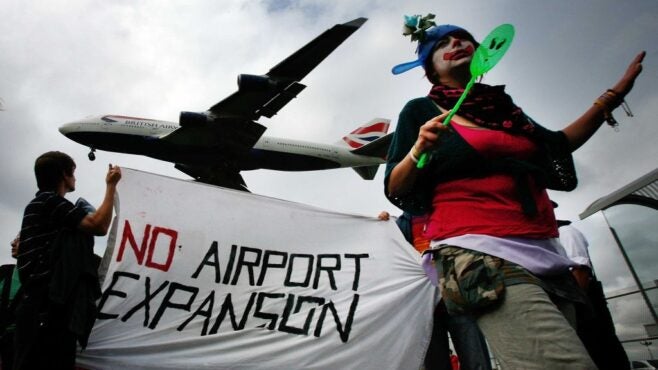 That deadline was breached, but the threat was never carried out. Today, there is still no effective global tool to lower aviation emissions, and non-EU flights are not included in emissions trading. The ICAO agreed a voluntary Carbon Offsetting and Reduction Scheme for International Aviation (Corsia), in 2016, but so far it has not been implemented by any country. Even if all countries were to adopt it by the 2027 deadline, which looks unlikely, it would have little effect on aviation emissions, say campaigners.

Last month, as part of its mammoth ‘Fit for 55‘ package of climate proposals, the European Commission laid out the groundwork for the EU to become the first major economy to implement Corsia. The change will create a “future-proof system” that “creates a market for sustainable alternative fuels and low-carbon technologies”, said EU transport commissioner Adina Vălean. However, climate campaigners believe this is a lost opportunity to call out international partners for dragging their feet on aviation emissions. They wanted the Commission to propose including non-EU flights in the EU ETS come hell or high water. 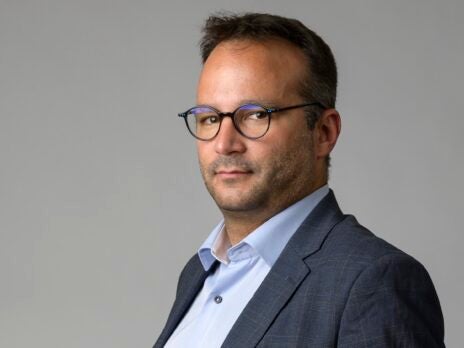 Emissions at sea: Are new fuels the key?

“We would prefer a full scope ETS to maximise a range of carbon pricing,” says Andrew Murphy, head of aviation at the NGO Transport & Environment (T&E). However, the EU’s desire to “champion multilateralism and international agreements" makes such an approach challenging, he says. Nonetheless, Murphy welcomes the Commission’s pledge to extend the ETS to flights outside the EU if Corsia isn’t implemented by 2027.

Such pressure is needed, Murphy says, because the world’s other major economies aren’t moving. “We have seen no evidence the US is planning to implement Corsia in a legally robust manner," he notes. "They have airlines voluntarily reporting their emissions. There is no evidence of legislation in Congress, and we don’t think the administration can do it by executive order.” It is still unknown if China or India will participate, Murphy says. Beijing and Delhi are objecting on "common but differentiated responsibilities" grounds – saying Corsia does not distinguish between newly industrialised countries and those that industrialised a century ago. Russia has also not yet signed up.

If China doesn’t implement Corsia, it is likely the US won’t either. That would leave the EU as the only major economy tackling aviation emissions, unless it can pressure others to move. The EU dropped the idea of including international aviation in its ETS to give global measures a chance to develop, says Murphy. “If the US is so unhappy about the prospect of being included, all they have to do is implement Corsia. If not, the EU is within its rights to extend the ETS.”

“We have seen no evidence the US is planning to implement Corsia in a legally robust manner." Andrew Murphy, Transport & Environment

At first glance, the envisioned Corsia system seems to resemble the EU ETS. An airline would purchase carbon credits to offset any emissions above 2019 levels (a baseline originally meant to be 2020, but changed because of the distorting effects of the Covid-19 pandemic). Credits could be obtained by planting forests, for instance. The annual revenues from the system would be used for carbon-reducing activities or research into alternative fuels.

However, Corsia doesn’t require airlines to reduce emissions, only stop their growth. It also only applies to international flights – domestic flights account for about 60% of aviation emissions – and, because of the 2019 baseline, just 25% of that 60% of emissions would be covered by the time the system is meant to be fully in force by 2027.

However, airlines insist this is a work in progress. The rules will be reviewed every three years, with the next session expected in 2022 when the baseline year could be moved. It is also possible the criteria around offsets will be made more robust and put more burden on airlines to reduce emissions. In addition, Corsia is just one of three pillars of ICAO’s efforts to deal with aviation emissions, the others being fuel taxes and the development of alternative fuels.

To update the EU ETS to accommodate Corsia, the Commission has proposed phasing out free allowances for airlines by 2027 and reducing the number of allowances auctioned as of 2023. This decrease would be achieved by applying an increased linear reduction factor of 4.2% instead of today’s 2.1%. While routes entering or leaving EU airspace would still not be subject to the ETS, the EU would apply Corsia obligations on those routes from 2027 at the latest. Europe would also apply sustainability safeguards to try to avoid some of the system’s potential defects, such as offsets being double-counted under the Paris Agreement and Corsia. Corsia only applies to airlines from countries that have implemented it, and so from 2027, flights to and from countries that haven’t implemented the system would be subject to the EU ETS.

These changes will have a “transformative impact” in Europe and globally if Corsia is implemented, says Thomas Reynaert, managing director of the industry association Airlines for Europe. However, the sector is concerned European flights could become more expensive, “shifting demand globally and reducing traffic locally, but not tackling the source of the emissions”, says Reynaert. He suggests European airlines could end up subject to EU and global obligations. “Unilateral and double pricing of CO2 under several market-based measures would be economically counterproductive,” he says. “If airlines pay for their CO2 under the ETS, they should not have to pay again elsewhere.”

The next of the three aviation proposals within ‘Fit for 55’ is a change to the taxation regime for fuels. It would see airlines lose tax exemptions, in particular for kerosene. This decision, combined with the loss of free allowances in the ETS, would mean new costs for airlines, and the proposal will face fierce opposition from certain groups in the European Parliament and some national EU governments. Yet many also agree that the special tax privileges enjoyed by airlines in Europe, of which other lower-carbon modes of transport could only dream, make no sense in a world aiming for net zero.

Europe is the most developed aviation market in the world, with among the lowest prices for consumers. The proposed changes to the EU Energy Taxation Directive are limited to intra-EU flights, which will see tax rates gradually rise to a minimum rate of €0.38 a litre (L) by 2033, with an exception for cargo flights. To incentivise the development of low-carbon aviation fuels, the minimum tax will not apply to advanced biofuels and e-fuels for the first ten years, and the methodology for determining tax will also be based on energy content rather than volume.

The increased costs could have a perverse effect, claims Reynaert, robbing airlines of money they need to invest in new fuels. “We need to invest in solutions that offer real reductions in CO2 emissions per aircraft,” he says. “Increasing costs reduces our capacity to make these investments while CO2 emissions are potentially shifted to other regions.” Airlines are particularly shaky given the hit they have taken from the downturn in travel during the pandemic.

However, as climate campaigners point out, the minimum tax for commercial flights will not be introduced for ten years, after applying to private jets in 2023. Those ten years amount to a €35bn ($41.16bn) subsidy, says T&E. “Europe is quite unique,” adds Murphy, being one of the few jurisdictions not to charge any fuel tax for airlines. The EU’s zero tax rate compares with €0.14/L in Japan, €0.04/L in the US, and €0.02/L in Australia and Canada, shows data from research organisation Fairosene. As for the Covid impact, Europe's airlines have received generous bailouts where, in theory at least, the money was supposed to be spent in a green way.

Because of international agreements, the EU doesn’t have the authority to set a minimum fuel tax for flights entering or leaving EU airspace. EU member states can tax jet fuel on these flights on a voluntary basis, but only by concluding new air service agreements with countries outside the EU.

The Commission is also proposing a so-called 'ReFuels' initiative, whereby jet fuel sold in Europe would include an increasing blend of sustainable advanced fuels, starting with 2% in 2025, 5% in 2030 and more in 2035 and beyond. This would apply to all fuel sold in the EU, including for flights leaving EU airspace. Only advanced biofuels, as defined by the sustainability criteria of the revised EU Renewable Energy Directive, can meet the target. The proposal includes a sub-target for e-kerosene of 0.7% from 2030. It has been welcomed by fuel suppliers and campaigners as a way to stimulate the development of lower-carbon jet fuels. T&E's Murphy says this element of ‘Fit for 55’ may have the biggest impact on aviation emissions.

Hydrogen, still at very early stages of development as a potential aviation fuel, could also benefit. The Commission recently launched a joint research project with Japan to work on hydrogen as an aviation fuel. The Canadian government is also considering a similar fuel content mandate, and the US may use tax credits for the same end. “Unlike the ETS, where the EU remains something of a lonely figure, we think the EU is much more likely to be joined by other jurisdictions in developing alternative fuels for aviation,” says Murphy.

The EU cannot decarbonise global aviation alone, and its ability to implement effective policy, even at home, is hampered by legal and diplomatic constraints. Campaigners believe Europe should continue to plough ahead, however, insisting any damage to the sector will be less significant than the industry fears.

Topics in this article: Aviation, EU, EU ETS, US