The conclusions of a recent report by management consultancy McKinsey & Company, claiming that the transition to climate neutrality will cost the world $275trn by 2050, are “bound to be wrong”, says Lisa Fischer from environmental think tank E3G.

The research looked to confirm the scale of economic transformation a net-zero transition would entail and the difficulty of balancing the short-term risks of poorly prepared or uncoordinated action with the longer-term risks of insufficient or delayed action.

To do that, McKinsey evaluated the economic effects of a net-zero transition on demand, capital allocation, costs and jobs to 2050, across energy and land-use systems that produce approximately 85% of global emissions. It assessed economic shifts for 69 countries based on a hypothetical path toward 1.5°C set out in the Net Zero 2050 scenario from the Network for Greening the Financial System (NGFS).

“It is one of the typical reports that shows the limitations of our modelling today around climate change and the [energy] transition – particularly of one based on a single scenario, which bakes in so many assumptions that are actually choices around how we go about the transition,” says Fischer, E3G’s programme leader for energy systems.

Net Zero
Could a Chinese invasion of Taiwan derail the net-zero transition? 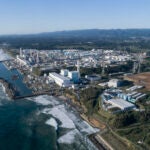 McKinsey concluded that capital expenditure on physical assets in energy and land-use systems would amount to about $275trn, or $9.2trn per year on average – an annual increase of up to $3.5trn from today – between 2021 and 2050 for a net-zero transition.

An additional $1trn of today’s annual spend, the report added, would need to be reallocated from high-emissions to low-emissions assets.

However, the findings do not take into account the actual physical impacts of climate change, says Fischer. "Any cost of action needs to be balanced against the cost of inaction – otherwise it is a false choice that we are setting up here,” she argues.

In McKinsey’s scenario, the average global cost of electricity production, accounting for operating costs, capital costs, and depreciation of new and existing assets, could increase by around 25% from 2020 to 2040 – and still be about 20% higher than today in 2050. The end cost for consumers, however, could fall below 2020 levels over time because of the lower operating cost of renewables – provided that power producers build low-cost grids.

Many would argue the report assumes too slow a renewables roll-out, says Fischer. “And that means you end up using more carbon capture and negative emissions technologies, which are extremely immature and for which we don’t know the costs.

“What we need is a conversation about whether we want to assume that risk, and if so, how are we going to manage it? Or are we actually more comfortable with taking on, for example, risk around renewables deployment and getting our housing stock more energy efficient. We need to expose those choices and actively manage them.”

The net-zero transition, McKinsey claims, could create approximately 200 million direct and indirect jobs by 2050, and cost around 185 million jobs. Worker demand in fossil fuel extraction and production, and fossil fuel-based power generation could be reduced by about nine million and four million direct jobs, respectively. In return, around eight million direct jobs would be created in renewable power, hydrogen and biofuels. In the NGFS Net Zero 2050 scenario, coal production for energy use would nearly end by 2050, and oil and gas production volumes would be around 55% and 70% lower, respectively, than today – despite demand for electricity more than doubling.

The world’s most climate-vulnerable regions, including sub-Saharan Africa and India, would need to invest over 1.5 times more than advanced economies, as a share of GDP today, to support continued economic development and build low-carbon infrastructure, says the report. However, “in the energy transition as a whole, there is a lot of opportunity to ensure a much more equal distribution of the costs and benefits that [McKinsey] is not looking at”, insists Fischer.

Consumers, the research indicates, are likely to face additional upfront capital costs and have to spend more on electricity in the near term if cost increases are passed through, with lower-income households most at risk. Greater upfront capital spend could, however, result in lower operating costs over time: for example, an electric vehicle could be cheaper to own than a traditional car in most regions by 2025.

“What we need is much better modelling that looks at different scenarios, highlights the choices that decision makers have, and highlights where there is risk management to do around the transition,” concludes Fischer. “It is good to have more data on capital expenditure [needs] and so forth, but this report is not what we need."