“Hi there! Carbon emissions from electricity are currently high. Your battery level is over 80%, so you might like to unplug for a few hours,” a cheery, bright pink octopus informs me when I click on the welcome address from Greg Jackson, CEO of Octopus Energy, on his company’s website.

As I hurriedly unplug, (can it tell I am in Belgium and not the UK?), the creature immediately disappears. This is the essence of Octopus Energy, using technology to change consumer behaviour and bring down the costs of the clean energy transition for all. 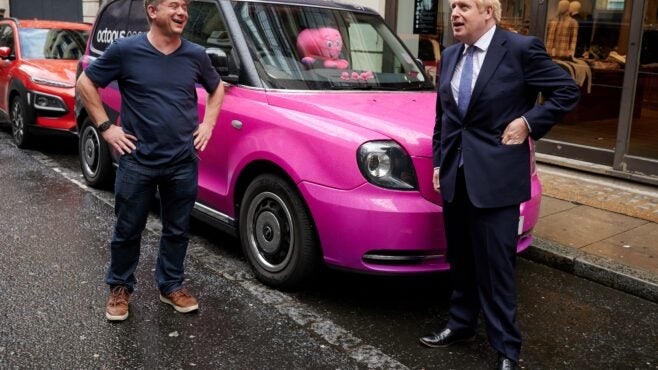 Launched four and a half years ago, the company now provides electricity and gas to 1.8 million homes in the UK and has “joined the ranks of the big six”, Jackson tells Energy Monitor. The electricity it supplies is 100% sourced from renewables and customers can choose from a range of tariffs aimed at encouraging them to switch on their devices at times of low demand, reducing stress on the power system and keeping their bills down.

“We started the company to use technology to help drive the two issues we are passionate about: social justice and the fight against climate change,” says Jackson. “Energy is critical to quality of life. I grew up in a low-income house and I know high utility bills and profiteering by energy companies is a source of misery for millions.” 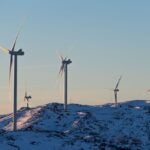 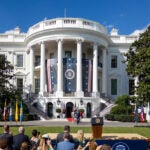 “The magic of technology is the fact you can get rid of old trade-offs,” he continues. “We have demonstrated there is no trade-off between customer service and price. We top the tables for customer service and provide some of the best long-term value for energy customers. Technology can help reduce the trade-off between affordability and reducing carbon.” Jackson is also keen to highlight that changes to the energy system can help solve the climate crisis globally, while stimulating the UK economy.

This logic also extends to the new markets into which the company is moving, namely the US, Australia, New Zealand and Germany.

For him, the key to keeping costs down is to stop trying to make renewables behave like fossil fuels. He warns the clean energy transition “will be really expensive” if countries take this approach. “We have to change the system so it builds on an abundance of green electrons when they are available and can handle the situation when they are in short supply,” says Jackson. The solution? “Technology and a little bit of visionary thinking,” he believes.

One of the main ways his company is using technology to achieve this aim is by offering agile tariffs that match smart meter data with half‐hourly rates. This means customers have the option to adjust consumption to times when the wholesale price of energy is lowest. Octopus has also introduced various tariffs designed specifically for electric vehicle (EV) drivers so they can charge their cars when electricity tariffs are cheapest.

“The agile tariffs mean electricity is cheap 21 hours a day and it is expensive 4pm–7pm when businesses and shops are still operating (Covid aside) and people get home from work and school,” explains Jackson. “The simple rule of thumb is to use electricity outside of those hours. If you have to, you can put on the dinner or the dishwasher, but you are adding to the expense for everyone. If you can avoid it, you are cutting the cost for everyone and you benefit.”

Jackson is clear this can happen without all customers being equipped with “fancy technologies and having to wake up and look at the weather forecast”. And, while this approach may not initially find favour with everyone, Jackson makes the analogy with taking a train: people expect to pay more to travel at peak time than they would off-peak. The same should be true for energy.

Customers with more agile tariffs save approximately 30–35% on their energy bills compared with those with more standard tariffs, says Jackson. As for vulnerable households, “we ran an analysis, which showed that average low-income households would pay slightly less with agile tariffs, even if they didn’t change their habits”, he adds.

As well as encouraging people to use less energy at peak times, Octopus earlier this year ran a test calling on customers kitted out with a smart meter to use more electricity on a particularly windy day and get paid a small amount of money for doing so. It is a much better solution to “pay people to do their baking than National Grid paying large industrial customers or swimming pools to dump electricity or paying generators to be switched off or turning off wind farms at a cost of hundreds of millions of pounds,” says Jackson. “We are wasting green electrons.”

A third of those emailed agreed to take part in the test, which is “amazing”, says Jackson. “We don’t need it to be 100%. It is like going to the supermarket and seeing the yellow out-of-date labels – we don’t all need to buy these products, just enough of us to clear them.”

The increased push to electrify everything, in particular the transition from diesel and petrol cars to EVs, needs preparation. “We have to be ready for that world,” says Jackson. “If we don’t, we will put up costs for everybody.”

Jackson believes the political consensus needed to start building the future exists and warns against focusing too much on agreeing specific policies, suggesting it is difficult to know exactly how consumer behaviour will change. The main policy reform remaining is “to remove fixed charges from electricity bills”, he says. “Electricity is the solution to decarbonise the UK. It is bonkers we are tied to fixed charges.”

Rather than using a crystal ball to predict the future, Jackson wants to see “competitive markets where we can bring in innovative solutions and customers can start buying the services we are talking about, and we begin to create the reality that green energy should be cheap energy.” Governments have a done a good job of “pump priming the market” by supporting renewables and helping to bring down costs, he says. “Now we need a route to market that is faster than a top-down approach might allow.”

Jackson draws an analogy with touchscreen mobile phones, underlining how many people – including his mum – disparaged them and “now spend most of their time on them”. He says: “Apple brought to market something people didn’t think they needed, but they revolutionised society.” Rather than a focus on specific policies “which may not be right”, the clean energy transition needs to be supported by “a willingness and an appetite to change against a background of innovation”, believes Jackson.

This approach includes encouraging those who can afford it to become “early adopters” of EVs, those whose homes are already well insulated to install heat pumps not gas boilers, and those who have internet access to use smart technology.

“We don’t have to solve everything on day one,” insists Jackson. “There are plenty of homes which, if they had sensible electricity tariffs today, could install a heat pump as almost a straightforward replacement for a boiler. This would start building scale and bring installation and manufacturing costs down. People who have got them would start saying how great they are and word of mouth could change opinion.”

“It is early days, but we shouldn’t be scared of it,” says Jackson about the energy transition. “The light came on for me when I thought what would have happened if we had never had fossil fuels. Human ingenuity would have still created an advanced world from renewables, it would be quieter, the air would be fresher, we wouldn’t have climate change and there wouldn’t be so much international conflict.”

Exactly how a clean energy future will look is still unclear, but, as Jackson says, when the Wright Brothers flew the first plane in 1903, they didn’t have to describe a Boeing 747 for them, and others, to know they were on to something.