Ever since gas prices in Europe began to rise last autumn, with a spillover effect on EU power prices, the design of the EU’s electricity market has been under constant scrutiny.

EU governments are grappling with how to address sky-high energy prices and voter discontent, particularly among the most vulnerable, who are struggling to pay their electricity bills. Against this backdrop, some EU member states – led by Spain, Portugal, France and Italy – have called for widespread changes to the EU’s electricity market design.

Conversely, the European Commission has fiercely defended it. “There is no single easy answer to tackle the high electricity prices,” said the Commission in a communication released on 23 March 2022.

The Commission is expected to present its much-anticipated REPowerEU legislative proposal on 18 May, where it intends to outline options to optimise the EU’s electricity market design. In the meantime, some EU capitals have initiated their own measures to address the ongoing market volatility, such as clawbacks of so-called windfall profits or energy price caps.

Experts warn against any rushed decisions to change EU power market rules and, essentially, the single European electricity market. They argue that current conditions are abnormal and mainly driven by Russia’s behaviour in the gas market.

Gas prices have been rising since last year. This is partly because of the global increase in gas demand after the Covid-19 lockdowns but also because Russia has reduced its gas supplies to the EU since 2021, says Alexander Dusolt, senior associate at Berlin-based think tank Agora Energiewende.

“We need to keep in mind that this is a gas price crisis,” says Jaume Loffredo, energy policy officer at the European Consumer Organisation (BEUC). "Some stakeholders are saying that this sharp [price] increase was partly due to market manipulation by Gazprom. So if this crisis was caused by activities that are not lawful, can you really blame the electricity market design for that?”

“Looking at this in the short term, we are seeing an unprecedented war situation with a brutal invasion of a European country,” says Kristian Ruby, secretary general at Eurelectric, which represents the European electricity industry. "In hindsight, what we have seen is that withholding big volumes of gas was part of a clearly orchestrated military strategy to paralyse the EU and make it harder for us to react appropriately to Russia’s invasion of Ukraine.”

The EU electricity market is based on the so-called ‘pay-as-clear’ system, in which the price is set by the marginal cost: all producers bidding into the market are placed in order, from the cheapest to the most expensive source. The last plant needed to meet demand in a given time frame sets the prices – and all producers are paid that same price for their power.

Renewable and nuclear energy require high upfront capital investment costs, but once operational, their day-to-day costs are low. In contrast, the operational costs of gas and coal-fired power plants are variable, and both factor in the prices of CO2 emissions permits under the EU Emissions Trading System.

This system was criticised by Spain in a policy document in 2021 for being “designed in a context of smaller price differences between technologies than the ones we see today”.

However, a preliminary report on the wholesale EU power market, released on 15 November 2021 by the Agency for the Cooperation of Energy Regulators (ACER), which unites national energy regulators in Europe, concluded that the pay-as-clear model, even if not “fully future-proof”, is better equipped to shield EU consumers from even higher volatility than other types of market design.

Moreover, it also allows clean energy sources with higher capital and lower operational costs to cover those capital costs, and it incentivises emerging technologies that allow for flexibility, such as energy storage or demand-side responses. “In the absence of this [market design], such investments would not be financially viable,” the report concludes.

“The main risk [of quick fixes to modify the market design] is that investors’ confidence in regulatory stability gets lost,” says Agora’s Dusolt. “The market relies on free price signals to reflect scarcity, based on which investors can take investment decisions. To reduce the impact from high gas prices it is important to scale-up renewables, improve energy efficiency in buildings and industry, and increase demand flexibility.”

Clawing back and capping prices

While EU capitals await the Commission’s proposal in May and ACER's final report at the end of April, some member states have moved to set up their own emergency measures to address the energy price crisis.

Spain and Portugal have proposed capping wholesale electricity market prices at €180 per megawatt-hour, although Madrid has cooled on the idea, national media reported at the end of March, due to the lack of support among EU capitals. Meanwhile, Belgium is leading a push to cap European gas prices to protect consumers.

However, in its 23 March communication the Commission said measures such as price caps would “induce regulatory uncertainty, as such options may remove some incentives for private investments in renewables which are key to achieving our long-term goals of a resilient, sustainable and secure energy system”.

Industry players are equally wary of uncoordinated measures taken at national level. “It is extremely unclear, if national governments decide to go their own way, what the market structure is going to be and what the investment signals are going to be,” says Pierre Tardieu, chief policy officer at industry group WindEurope. “We could essentially lose the crown jewel of EU energy policy, which is the internal energy market.”

The BEUC’s Loffredo proposes EU member states first look to lift charges and levies that are not linked to electricity supply. “Let’s first remove them, which can be done very quickly by member states, and then let’s discuss price caps," he says. "Let’s understand what would be the impact on all consumer groups, and in particular who would pay for any possible deficit.”

Some EU capitals are considering taxing energy companies generating power from clean sources, which have benefitted from the high prices on the wholesale electricity market set by natural gas. In Spain at least, nuclear as well as renewables generators are being targeted.

“We could have an energy tax on those companies that profit,” says Dusolt. "Either you generally increase the corporate tax from these energy companies, or you tailor a tax specifically to the windfall profits made.” Such a measure would not reduce prices for consumers, but the revenues it would generate could be used as relief for household and business consumers most vulnerable to high prices.

“Either way, the concrete design should incentivise companies to directly reinvest windfall profits into renewables and energy-efficiency measures,” Dusolt adds.

The jury is still out on the effectiveness of taxing ‘windfall profits’: while the Commission accepts that EU capitals may choose to do so, it warns that this risks reducing the deployment of renewable energies in the future.

Clawbacks to windfall profits “are the worst possible option”, says Eurelectric’s Ruby. “It is a moral obligation to come out of gas because right now the EU is financing Putin’s aggression. What we need is to invest like we never invested before, and these clawback measures undermine investment certainty.

“What Putin wants to see is fragmentation, because that means there is effectively a split in Europe, which makes it easier for him to divide and conquer. [Allowing for] this is doing a huge disservice to Europe at a time where we should stay united,” Ruby adds.

Clawback measures should only apply to electricity generation that genuinely received windfall profits, so not to forward markets or power purchase agreements (PPAs), says Tardieu. “There is a misperception that all electricity sold benefits from very high prices, but actually significant volumes are sold in bilateral contracts or PPAs [which do not reflect current wholesale prices]. It is a bit of a mirage, to think you are going to generate a lot of revenue with this kind of tax.”

EU power market experts doubt the Commission will open Pandora’s box and propose a full-fledged reform of the bloc’s electricity market design any time soon. Many of the long-term solutions to the current situation, such as scaling up the deployment of renewables or improving energy efficiency, are addressed through the EU’s 'Fit for 55' climate and energy legislation, which is currently under negotiation, they say.

“I don’t see [an EU electricity market reform] coming right now,” says Aleksandra Gawlikowska-Fyk, director of the power sector programme at Polish think tank Forum Energii. “There is a huge ‘Fit for 55’ package being discussed, there are regulations on gas decarbonisation and methane, and many other processes in the pipeline. This is not the right time.”

Nevertheless, some remain sceptical too that the current market can deliver the necessary price signals to fully decarbonise the power sector well before 2050.

“The price at a certain point in time will go down,” Gawlikowska-Fyk notes. "This might not be the market model that is able to support highly capital-intensive investments in many areas… It depends on how many hours in the year companies can [take advantage of high price peaks] and invest.”

Short-term price peaks are not enough to deploy huge volumes of wind energy, Tardieu says. “We need to go from 190GW to 1,300GW [of wind energy] by 2050 and that requires long-term investment signals, such as contracts for difference [CfDs], an enabling framework for PPAs, and potentially long-term hedging instruments too,” he says.

Both carbon CfDs and PPAs are long-term contracts increasingly used to spur demand for renewables and newer technologies, such as energy storage or renewable hydrogen. Renewable energy industry coalition RE-Source estimates that businesses had signed over 15GW of renewable PPAs in Europe by 2020, but there are some bottlenecks in the certification of guarantees of origin – which testify that renewable energy really is renewable – in some EU member states.

“PPAs are an important tool to boost renewables,” says Dusolt. "They are market-based tools and enable the industry to hedge against high electricity prices and to meet its emissions targets.”

Any long-term plans to reform the EU’s power market will require more investment and flexibility in the grid, says WindEurope’s Tardieu. “There are two things we really need to do: we need to double our investments in electricity grids […] and we need to start putting a value on flexibility and seriously investing in long-term, seasonal storage.” 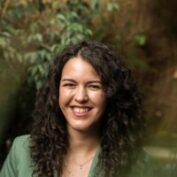