Even if no new fossil fuel projects were built from today onwards, future carbon emissions from existing projects are still too high to stay on course to meet net zero by 2050, says a report from Sven Teske and Sarah Niklas from the Institute for Sustainable Futures at the Sydney University of Technology, Australia. 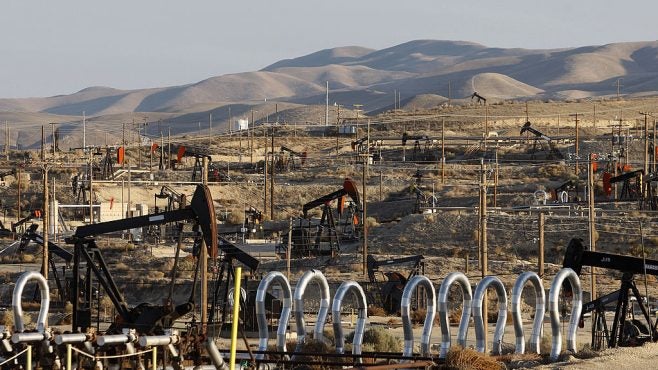 Pump jacks and wells in an oilfield in California, US. (Photo by David McNew/Getty Images)

Commissioned by global initiative the Fossil Fuel Non-Proliferation Treaty, the report says the expansion of fossil fuels should end and existing production be phased down to keep global warming below 1.5°C. This transition can begin today as all regions of the world have enough renewable energy potential to provide universal energy access using existing clean technologies, the report argues.

“The hurdle is no longer economic nor technical,” says Rebecca Byrnes, deputy director of the Fossil Fuel Non-Proliferation Treaty Initiative. “Nation states can and should act now to regulate fossil fuel production decline.”

The report arrives at this conclusion through the analysis of two policy scenarios. The first aligns with a trajectory that limits warming to 1.5°C. Under this scenario, existing coal, oil and gas production must decline every year by 9.5%, 8.5% and 3.5%, respectively, between now and 2030.

The second “no expansion” scenario sees production at each project site stop once the resource is exhausted and no new fossil fuel extraction projects being developed. Under the no-expansion scenario, emissions are 66% higher by 2030 than under a 1.5°C aligned trajectory, and 242% higher by 2050.

To avoid this scenario, local governments should put a moratorium on future exploration or extraction of fossil fuels, says Byrnes. “It can happen through planning policy at the local level,” she states. “A lot of extraction takes place in municipalities that have the option to use their zoning regulations to prevent extraction.”

However, winding down existing fossil fuel projects is a “trickier task”, she adds. When projects have a licence and are already in operation, governments must use legislative powers to mandate corporations or entities to reduce production at a given rate every year.

“No country has agreed to stop existing production yet, but it is possible,” she states, referring to the ruling in May from a Dutch court that Shell is legally obliged to reduce its emissions by 45% by 2030 to align with the Paris Agreement.

European countries are making the most progress, Byrnes believes, with Denmark, Spain, France and the Netherlands starting to end expansion and granting no new licences.

Highlighting the economic imperative, Teske calls for national governments to establish binding limits for extraction volumes for fossil fuels. “Any new investments in coal, oil and gas projects would most likely be stranded due to favourable economics for renewables – especially solar and wind,” he says.

While Byrnes admits further transmission and storage infrastructure for mass deployment of renewables is needed, it is a matter of “governments deciding to spend money on these things”, she believes. In her opinion, such decisions cannot be left to the market or corporations.

The major concern is the US and Canada, Byrnes argues. Despite moves to end expansion in some areas, such as the cancellation of the controversial Keystone Pipeline, the two countries are challenged by the fact that planning often takes place at state level with less input from federal government. 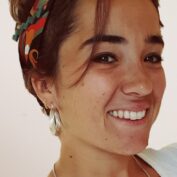