China, France, Germany, Italy, South Korea and the UK are the most attractive G20 markets for deploying renewables for industrial heat, such as industrial-scale heat pumps, electric boilers, solar thermal, geothermal and bioenergy, states a report from research company BloombergNEF. 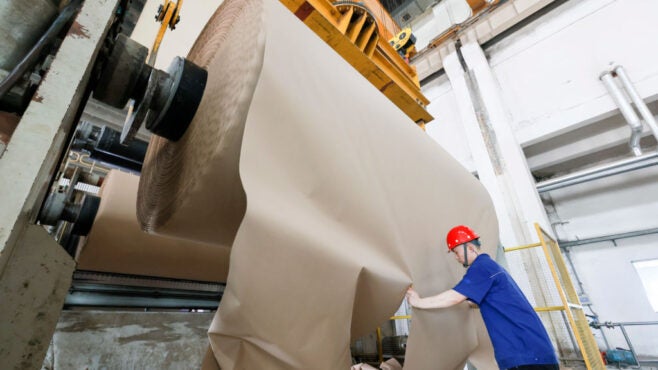 An employee works on the production line at a paper mill in Jinzhong, Shanxi Province of China, June 2021. (Photo by Zhang Yun/China News Service via Getty Images)

While little-to-no progress has been made in decarbonising industrial heat, success in these six countries is due to relatively mature markets for renewable heat and the strong presence of favourable policies such as a price on carbon, the report says.

The six countries make up 46% of the G20’s low to medium-temperature heat demand (0–400°C), characteristic of most light industry, such as the paper industry. Heat for both heavy and light industry currently accounts for 29% of global energy demand, and coal remains the dominant fuel, the report says, making up over a third of all energy for process heat in 2018.

To overcome the barriers of higher upfront costs and longer payback periods that prevent other countries from deploying renewable heat solutions, the report calls for the introduction of off-balance sheet solutions that allow assets to be purchased without a corresponding balance sheet liability, keeping debt-to-equity and leverage ratios low.