The complete removal of fossil fuel consumption subsidies in 32 countries before 2025 could reduce CO2 emissions by almost 5.46 billion tonnes by 2030, equivalent to the annual emissions from 1,000 coal-fired power plants running non-stop at full capacity, says Canadian think tank the International Institute for Sustainable Development (IISD) in a new report. 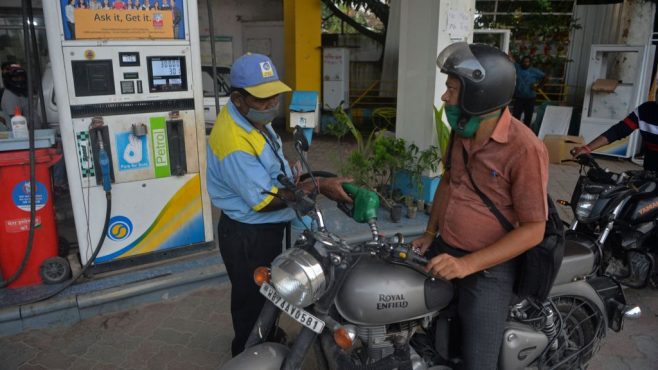 A petrol station employee refuels a motorcycle in India in July 2021. (Photo by Diptendu Dutta/AFP via Getty Images)

A “powerful” policy tool for lowering emissions by 6.09% by 2030, compared with a ‘business as usual’ scenario, the removal of fossil fuel subsidies could also help to finance the energy transition and save governments nearly $3trn over the same period, the report states.

The report investigates the level of emissions reductions that could be achieved via fossil fuel subsidy removal at a linear rate from 2021 to 2025, and a subsidy swap.

The latter scenario sees a removal of fossil fuel subsidies combined with a reallocation of 20% of the financial savings towards energy-efficiency improvements and 10% towards renewable energy power plans from 2021 to 2030. With a subsidy swap, emissions could fall by 9% by 2030, the IISD says.

Fossil fuel subsidy reform is a crucial tool in governments’ toolbox to reach net-zero emissions and must be used, the report concludes.

Data, insights and analysis delivered to you View all newsletters By The Energy Monitor team Sign up to our newsletters
Topics in this article: Fossil Fuels