Arizona-based solar panel manufacturer First Solar has announced plans to invest up to $1.2bn to boost production of photovoltaic solar modules in the US. The company forecasts the investment will increase its US-based solar manufacturing capacity to 10GW by 2025.

First Solar, the only US-headquartered company among the world’s ten largest solar manufacturers, will build its fourth domestic factory, with an annual capacity of 3.5GW, in the south-east of the country. The company plans to invest up to $1bn in the new factory, which – pending approval – is expected to come online in 2025.

The company will also invest $185m in upgrading and expanding its manufacturing output in north-west Ohio, currently the largest vertically-integrated complex of its kind in the Western Hemisphere, by 0.9GW. First Solar will expand the capacity of its two operating facilities in Perrysburg and Lake Township, Ohio, by 0.6GW to 3.6GW. It will also expand its third Ohio factory, expected to be commissioned in the first half of 2023, to 3.5GW.

“In passing the Inflation Reduction Act of 2022, Congress and the Biden-Harris Administration has entrusted our industry with the responsibility of enabling America’s clean energy future,” said Mark Widmar, chief executive officer, First Solar. “This investment is an important step towards achieving self-sufficiency in solar technology, which, in turn, supports America’s energy security ambitions, its deployment of solar at scale, and its ability to lead with innovation. 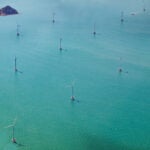 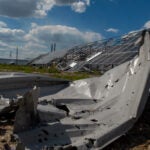 “We are proud of the fact that our manufacturing presence in the US is expected to directly and indirectly support over 18,000 jobs across the country by 2025, while our manufacturing investment will add an estimated $3.2bn in value to the US economy, reflecting the impact of solar manufacturing on our country. We are investing in America’s future.”

As well as its Ohio manufacturing facilities, First Solar operates factories in Vietnam and Malaysia, and is building its first manufacturing facility in India. The latter is scheduled to begin operations in the second half of 2023. On completion of its US and Indian expansion plans in 2025, the company expects to have more than 20GW of annual global manufacturing capacity.

Topics in this article: Inflation Reduction Act, Solar, US