On Friday 22 April 2022, it was Earth Day. This year’s theme was ‘Invest in Our Planet’, calling on everyone including governments, citizens and companies, to contribute to tackling climate change.

“Unless businesses act now, climate change will ever more deeply damage economies, increase scarcity, drain profits and job prospects, and impact us all,” wrote Earth Day Network on its website.

Just 100 companies have been the source of more than 70% of greenhouse gas (GHG) emissions since 1988, found a study by the international non-profit CDP in 2017. In that light, pushing the private sector to contribute to reducing emissions appears an essential part of climate action.

Most companies have some form of climate strategy in place. However, without clear guidelines and accountability, there is a risk of unclear targets, empty promises and greenwashing.

When investigating the climate strategies of 25 major global companies, the non-profit NewClimate Institute found that pledges made in these public strategies are often ambiguous, but concrete emission reduction commitments limited.

With regulation lacking, there is a growing need for companies to set clear and credible targets. This is where independent certification schemes such as the Science Based Targets initiative (SBTi) come in.

The SBTi is a collaboration between CDP, the UN Global Compact, the World Resources Institute and the World Wide Fund for Nature. More than 1,300 companies have joined with science-based climate targets that are in line with the 2015 Paris Agreement and approved by the SBTi.

Energy Monitor analysed the GHG emissions reduction targets of companies in the SBTi database. Because it can be difficult to compare targets across companies and sectors, this analysis only includes companies with absolute targets. Absolute targets are relative to a baseline, whereas intensity targets – which were excluded – are relative to a unit or economic output; for example, a reduction of emissions per million dollars of profit.

The data shows that fewer companies are committed to scope 3 than to scope 1 and 2 emissions reductions, and that the targets set for scope 3 are less ambitious.

Setting scope 3 targets as a company is just as important, if not more, than setting targets for scopes 1 and 2, explains SBTi: “For the majority of sectors, the largest sources of a company’s emissions lie upstream and/or downstream of their core operation.”

Taking the average of reported targets in a sector indicates how ambitious it is compared with others. We calculated the average target by sector by averaging the percentage reduction target and the time frame between the base year and target year.

Based on 28 companies with absolute emission reduction targets, the power sector has committed to reducing emissions by 48.6% over 12 years. That is more ambitious than the average across all sectors, which computes to a reduction of 44.6% over 12 years.

Among companies in the power industry, TenneT Holding has the highest commitment with a reduction of emissions of 95% by 2030. The runner-up was National Grid with a pledge to reduce emissions by 80% by 2031.

On the other hand, UK Power Networks Holdings and ENEIDA.IO lag behind compared with other power companies with reductions targets of 25% by 2029 and 25% by 2030, respectively.

The SBTi also relates each target set by companies to future climate pathways. The trajectory can either be towards limiting global warming to 1.5°C, well below 2°C, or 2°C above pre-industrial levels by 2050. Most power companies have targets in line with a 1.5°C future.

In response to the urgent need to reduce emissions further, the SBTi will “only accept target submissions of scope 1 and 2 targets that are in line with a 1.5°C trajectory” as of 15 July 2022.

The rise in global temperature needs to stay below 1.5°C above pre-industrial levels by 2050 to avoid the most significant consequences of climate change. However, the latest report from the Intergovernmental Panel on Climate Change shows the current trajectory is likely to result in global warming of between 2.2 and 3.5°C.

In the power sector, this time considering both companies with absolute and intensity-based targets, 27 companies are in step with the goal of limiting global warming to 1.5°C above pre-industrial levels, while 19 companies would not be able to submit their targets under future SBTi norms.

Topics in this article: ESG

Isabeau van Halm is a data journalist based in London. She has previously worked as editor of a local newspaper and is a graduate of the Erasmus Mundus Journalism Master’s.

Saywah Mahmood is a data journalist working across GlobalData's media sites. She holds an MA in Interactive Journalism from City, University of London.

@petkova_mirela
Mirela Petkova is a data researcher based in Sofia, Bulgaria. She has previously worked at the Clingendael China Centre in the Hague, where she examined the governance of China's Belt and Road Initiative in South East Asia and eastern Europe, including its environmental and energy aspects. 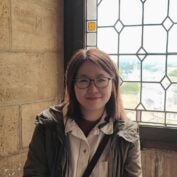