Around the world, government policy and regulation are proving unequal to the threat posed by climate change. Into this vacuum, a growing number of companies are stepping forward with climate commitments of their own, in response to pressure and concerns from investors, consumers and their own employees. However, because these voluntary commitments lack regulatory or legal definition, they risk sowing confusion or, worse, providing a cover for greenwashing. So how should corporate carbon commitments be understood?

The main challenge stakeholders face in getting to the bottom of companies’ climate pledges is the variety of different concepts they use. Carbon neutral, net zero, climate (or carbon) positive and carbon negative have often been used somewhat interchangeably. Newer phrases, such as science-based targets and planet positive, add to the confusion.

The good news is that a consensus is emerging on the main terms that companies use to frame their climate goals – namely carbon neutrality and net zero. 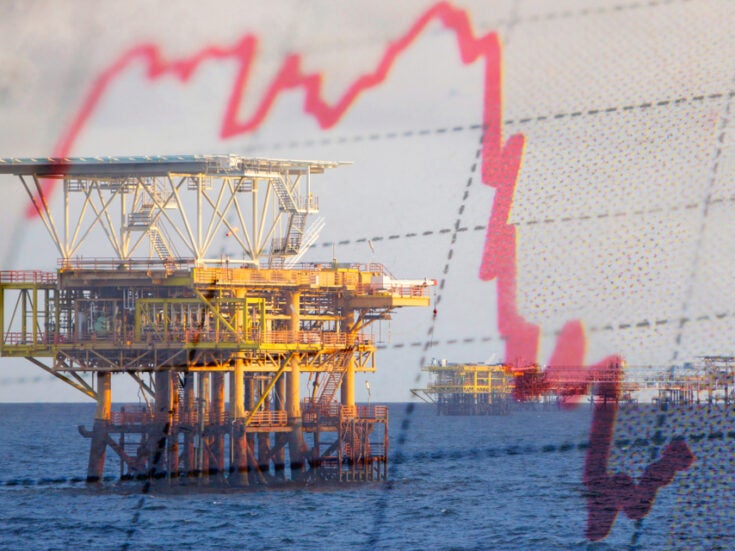 ‘Carbon neutral’ is described by the Carbon Neutral Protocol, a voluntary standard first published in 2002, as “a current state which is achieved when the net greenhouse gas emissions associated with an entity, product or activity is zero for a defined duration”.

Two elements are key: the first is the use of the word ‘net’. This allows for any emissions created to be offset by the use of carbon credits from activities that reduce, avoid or remove carbon emissions.

‘Net zero’, on the other hand, is about a trajectory over time that is consistent with, ideally, an increase in global temperatures of no more than 1.5°C, explains Hugh Jones of the Carbon Trust, a UK-based consultancy. “Typically, net-zero commitments include a date in the future, often 2050, by which the state will be achieved,” he says.

Ideally, a company on a net-zero trajectory would choose to pursue carbon neutrality until it reaches its net-zero objective.

A key question for a company setting either of these goals is defining the scope of the activities included. Many companies have chosen to make their offices and business travel carbon neutral, or to seek carbon neutrality for a particular product, rather than claiming to be a fully carbon-neutral company.

A narrow scope might be appropriate for a law firm, for instance, if office energy consumption and travel accounts for the vast majority of its carbon footprint, but such a boundary would make little sense for an airline or a retailer.

It gets even trickier when companies consider their Scope 3 emissions – those created across the life cycle of their products and services, both in terms of the upstream inputs and from their use. Should a car company include the emissions associated with the extraction of the metals and plastics it uses? What about those produced by its customers using the car, and from its end-of-life disposal?

A key consideration is the amount of emissions that are released at different stages of the value chain, experts say, with the aim being to capture the majority of life-cycle emissions.

Downstream is more complicated, however, argues Austin Whitman, CEO of Climate Neutral, a US-based non-profit. He recommends that companies include upstream emissions, but do not take responsibility for emissions from the use of products.

“There is a limit to what companies can control – it is hard to influence consumers’ behaviour,” he says.

The role of offsets

All ambitious climate change commitments imply some degree of offset use. Credible commitments should be backed with “good-quality offsets”, says Jones at the Carbon Trust. These should be certified to the Gold Standard, the Verified Carbon Standard or, in the UK, the Woodland Code, for example.

There is an ongoing debate around whether offset use should be restricted to those from activities that actually remove carbon from the atmosphere as opposed to activities that avoid or reduce emissions, such as renewables, energy efficiency improvements, or even carbon capture and storage. Carbon removal activities can include sequestering carbon in forests or soils, or using new technologies to remove it directly from the air.

Jones argues for a “portfolio approach”, where the mix shifts, over time, towards removal offsets.

While carbon neutrality may not be tightly constrained by law and regulation, it is increasingly the subject of industry norms and standards. Perhaps the longest-running approach is set out in the Carbon Neutral Protocol. It draws on “independent standards for greenhouse gas accounting” to offer “a practical guide to carbon neutrality”.

More recently, industry standards setter BSI has introduced PAS 2060 Carbon Neutrality, which spells out the requirements for achieving and demonstrating carbon neutrality, to help give these claims credibility.

In addition, the Science Based Targets Initiative (SBTi), a collaboration of the charity CDP, the UN Global Compact, the World Resources Institute, and the WWF, in September published its much-anticipated guide to corporate net-zero target setting.

It offers “conceptual foundations for corporate net-zero target setting”. These require that targets are “consistent with the profound cut in emissions needed in the global economy to limit warming to 1.5°C”. Companies should also neutralise the impact of any residual emissions by permanently removing an equivalent amount of atmospheric carbon dioxide. The next step is to translate the guide into detailed guidelines and criteria, says the SBTi.

Some companies have sought to go beyond carbon neutral, claiming to be ‘climate positive’ (or carbon negative). Again, while there is no formal definition of the term, it is usually understood to involve companies offsetting more emissions than they are responsible for.

For example, Scottish brewer Brewdog announced in August 2020 that it will, through the planting of a 2,000-acre forest, absorb twice as much carbon as it emits. Even more ambitiously, Microsoft has announced that, by 2050, it will have removed all the carbon the company has emitted directly or through the power it has consumed since it was founded in 1974.

Whitman at Climate Neutral is somewhat sceptical of climate positive claims, arguing that definitions can be slippery. Given that forecasting emissions is always subject to a margin of error, companies should necessarily seek to over-achieve their targets, making the line between a prudent pledge and a climate positive claim somewhat grey.

Some companies have sought to extend their climate commitments to other environmental impacts. Coffee chain Starbucks has committed to being “resource positive”, aiming to “give more than it takes from the planet”. It has set goals to store more carbon than it emits, eliminate waste and provide more clean, fresh water than it uses.

Similarly, there is growing interest in carbon offsets that, in addition to addressing climate change, also help achieve other UN Sustainable Development Goals (SDGs). The Gold Standard has introduced methodologies to quantify how the carbon offset projects it verifies also deliver against the SDGs.

For some industry specialists, the range of options that companies can pursue is an advantage rather than a drawback.

“We need a range of claims that meet and reward companies wherever they are on their journey to net zero,” says Jonathan Shopley, managing director of Natural Capital Partners and one of the original authors of the Carbon Neutral Protocol.

However, that relies on “absolute transparency as to what the claim stands on”, he says. It is vitally important for companies to define their terms, be explicit about their scope, and publicly disclose as much information as is needed to properly understand their approach.

Fundamentally, credible corporate climate strategies must set out how the company plans to radically reduce its emissions in absolute terms.

“The big third rail for greenwashing,” says Shopley, “is when claims of neutrality and offsetting are hiding the fact that a corporate is increasing its emissions”.

The development of the hydrogen economy will support the fulfilment of decarbonization objectives, particularly for those sectors that are difficult to electrify, such as heavy industry, long-distance trucking, shipping, and aviation. GlobalData's Hydrogen Service tracks investment in the hydrogen sector, and provides you with: For more information, and to download sample pages from our quarterly market analysis, including a summary of the active and upcoming low-carbon hydrogen capacity by region, please enter your details.
by GlobalData
Thank you.Please check your email to download the Whitepaper.
Topics in this article: CCS and CCUS, Offsetting