Companies wanting to thrive need to face up to the challenge of climate change. The good news is that a significant chunk of them across the EU, UK and US are increasingly convinced reducing emissions is good for business, shows data from a major new survey by the European Investment Bank (EIB). 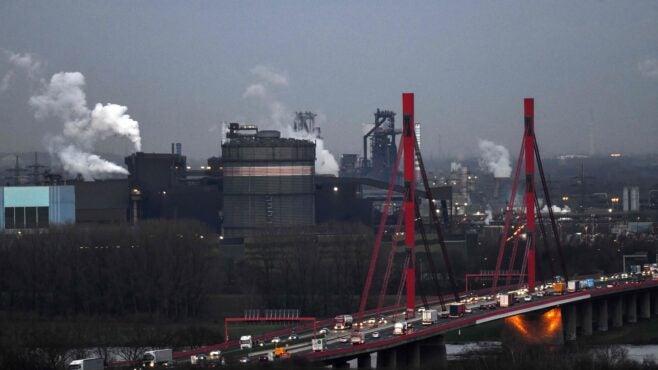 The EIB asked 13,300 companies – ranging from SMEs to large corporations – to assess the impact of reducing CO2 emissions on market demand for their products. Across the 29 countries surveyed, an average of 27.8% of companies said it had a positive impact, while only 17.3% said it had a negative impact.

Corporate strategy
Why hydrogen is not the answer to petrostates’ woes 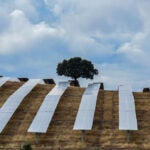 Companies in all but four countries – Cyprus, Romania, Greece and Estonia – said reducing emissions was more likely to have a positive than negative impact on market demand. Greek companies saw the least value in reducing emissions, with just 13.7% saying it boosted market demand, versus 17.1% who said it did not.

“Our engagement with companies from across different sectors has shown that businesses see significant potential in a transition to net-zero emissions,” says Ana Musat, head of policy at the Aldersgate Group, a UK climate think tank .

However, governments must now set a “clear direction of travel” to maximise the economic benefits, she adds. It is through “regulation, market mechanisms and investment in skills, [that] private investment will flow into low-carbon solutions and facilitate a timely transition that maximises opportunities for business”, she says.

Companies are more likely to see market demand benefits in countries where a greater share of the population is highly motivated to tackle climate change, the analysis suggests.

Seven European countries surveyed by the EIB were also surveyed in the UN’s 2021 Big Climate Vote, which assesses national opinion about climate change. Of those seven countries, Polish people were least likely to believe we should do “everything necessary” to fight climate change. In the EIB survey, Polish companies were also least likely to see a positive impact on market demand when reducing emissions, with only 24% of them saying this was the case.

One western European company transforming its operations to meet the demands of customers is Enel. The Italian multinational power utility is investing €190bn over the next ten years in green energy and electrification to become a green “super major”.

Enel is adapting to changing market demand, says Francesca Gostinelli, the company’s head of economics and scenario planning. “We are adhering to a path of long-term sustainable growth, in line with the Paris Agreement,” she says. “We have decided not only to seize the opportunities connected to the energy transition, but to act as an enabler.”

The company’s approach is based on the theory of “system value”, which takes into account all economic, environmental, social and technical outcomes of a solution, rather than simply baseline profits.

“Shifting the narrative of the energy transition towards values is critical for society and the economy, and can support the implementation of commitments for sustainable action and investments,” says Gostinelli.

Elsewhere in the EIB survey, companies indicated that reducing emissions was more likely to have a positive than negative effect on reputation. Across the 29 countries, an average of 31.2% of companies said it had a positive effect on their reputation versus 7.9% who said it did not.

One multinational that has for a long time identified itself with sustainable practices is the world’s largest furniture retailer, IKEA. The Swedish multinational is investing hundreds of millions of dollars in renewable energy and sustainability measures with the aim of becoming a climate-positive business by 2030.

In practical terms, the company says this would mean only using renewable and recycled materials, and reducing the company’s climate footprint by an average of 70% per product.

“At IKEA, our vision is to create a better everyday life for people,” says Andreas Ahrens, head of climate at the Inter IKEA Group, which connects IKEA franchisees with suppliers, for example. “Climate change threatens this, for people today and for generations to come. As customer awareness and willingness to take action increase, [sustainability] is improving our brand, but any brand-related recognition should only be seen as an additional effect to taking responsibility and securing a sustainable business.”

Ahrens adds that the company’s decarbonisation efforts are having positive, knock-on effects elsewhere. “Our supplier partners’ investments in renewable energy are, in many cases, showing cost reductions,” he says. This is a result of the dramatic decrease in the cost of technologies such as solar panels. In addition, more energy is generated on-site and they avoid any CO2 taxes.

Despite the broadly positive message on the consumer-facing side of businesses, the survey’s respondents were more sceptical about the impact of reducing emissions on the operational side.

Across the 29 countries surveyed, an average of 14.8% of companies said reducing emissions had a positive impact on supply chains, while 26.1% said it had a negative impact. Companies in the EU and the UK were more likely to say there was a positive impact than those in the US, who responded to the survey towards the end of Donald Trump’s climate-sceptic reign.

A substantial majority of companies – 59.1% – responded that reducing emissions had no impact on supply chains.

Myles McCarthy, a director at the Carbon Trust, a climate change and sustainability consultancy, says that although it might be practically difficult to transform supply chains, the benefits to reputation and market demand can outweigh the challenges.

IKEA’s Ahrens emphasises that taking action now can help ensure future profits, even if there are short-term costs. “The biggest gains are transforming our operations and supply chain to reduce future costs connected to climate change,” he says. However, transforming supply chains is not only about future climate resilience.

“Lots of companies – and in particular consumer-facing companies – have historically had a distant relationship with their suppliers,” says McCarthy. “Their main focus has been to seek lower prices from them. Companies are now realising that if you work more closely with suppliers over the long term, you can actually achieve a lot more.”

McCarthy cites the example of Dave Lewis, the Tesco CEO from 2014–19, who oversaw a company transformation that included the development of long-term relationships with its larger suppliers, aimed at delivering both cost and emissions savings. This greater engagement with the supply chain is illustrative of a growing trend across the food industry that is unlocking innovation to drive down emissions and deliver efficiencies.

“A large part of Tesco’s rescue was due to a transformation of how the company worked with its suppliers,” says McCarthy. “Lewis established long-term relationships with them, aiming to drive down impacts and cut costs. This had a positive impact on both the retailer’s bottom line and its environmental impact.”

“It is about developing a more comprehensive picture of what is going on. It is sitting down and saying: instead of using this plastic packaging, we can use this reusable container. It is also understanding how the concerns of consumers are changing, and how companies can meet those changing concerns through driving sustainability in their supply chains.”

The impact of the coronavirus pandemic has brought the need to transform business practices into focus. The Carbon Trust’s 2020 Corporate Attitudes Towards Sustainability report showed 74% of companies are making sustainability a greater priority following the coronavirus pandemic. Just 7% said sustainability had become less important. This survey covered large companies with at least 1,000 employees, operating in a wide range of sectors in France, Germany, Mexico, Singapore, Spain and the UK.

“One thing that has been experienced by a number of industries in the last year has been Covid-19 induced disruption in their supply chain,” says McCarthy. “Companies are finding out that if you haven’t diversified your supply chain and you haven’t considered risks – including risks associated with climate change – you may end up finding your whole business is under threat.”

He concludes that many companies have learnt from managing the ups and downs of the pandemic, and that is now informing their response to the parallel crisis of climate change.

The development of the hydrogen economy will support the fulfilment of decarbonization objectives, particularly for those sectors that are difficult to electrify, such as heavy industry, long-distance trucking, shipping, and aviation. GlobalData's Hydrogen Service tracks investment in the hydrogen sector, and provides you with: For more information, and to download sample pages from our quarterly market analysis, including a summary of the active and upcoming low-carbon hydrogen capacity by region, please enter your details.
by GlobalData
Thank you.Please check your email to download the Whitepaper.
Topics in this article: EU, UK, US