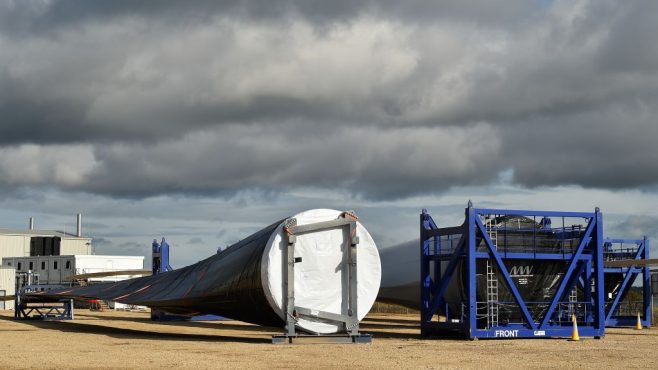 The initiative, which includes Vestas, epoxy producer Olin, Aarhaus University and the Danish Technological Institute – and is partly funded by Innovation Fund Denmark – hopes to present a solution ready for industrial adoption within three years.

The development of CETEC’s technology, which involves disassembling the blade's composite material at end-of-life, is a “game changer”, says Simon Frølich from the Danish Technological Institute.

The technology consists of two stages. Thermoset composites are disassembled into fibre and epoxy before the epoxy is further broken up into base components through a novel chemical recycling process. These materials can then be used to manufacture new turbine blades.

When fully developed, the solution may also have an impact on other industries that rely on thermoset composites in production, such as the automotive and aviation sectors.

Topics in this article: Wind