While media headlines shout about the growth of renewable energy, some energy commentators underline that solar and wind power still represent only a tiny portion of the European primary energy mix. Neither party is wrong, but it is vital to understand what metric is being used and to what end, to understand the true contribution of renewables.

Of this 15%, around 12% came from non-intermittent sources including biomass and hydropower, while just 1% and 2% came from solar and wind, respectively. 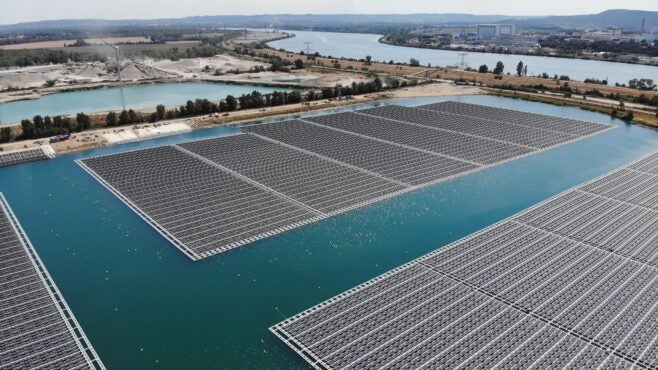 Untangling the real contribution of renewables to Europe’s energy mix

The rub is that while it is relatively easy to decarbonise the power sector, other sectors, such as heating and transport, continue to be powered almost solely by fossil fuels.

Another way of understanding Europe’s energy mix is through final energy consumption, which is the total energy actually consumed by end users (excluding that eaten up by the energy sector itself). There can be a big difference between primary and final energy consumption. Coal-fired power stations have a 35–40% efficiency rate, while this is 50–60% for combined-cycle gas-fired plants, says the International Energy Agency.

While all these metrics have their place, renewable energy advocates increasingly oppose using the share of renewables in primary energy consumption as an indicator of progress (or rather, lack of it) in the energy transition.

Primary energy is a sensible metric for fossil fuels because it describes their total potential energy, not just what is finally consumed by end users. However, producing power from wind or solar installations does not lead to the same losses.

“There are no real conversion losses in wind and solar, unlike for fossil fuels,” says Alex Mason, senior policy advisor at WWF. “It is not really a like-for-like comparison.”

Michael Schmela, head of market intelligence at Solar Power Europe, a Brussels-based trade association, adds: “You can get frustrated if you look at a chart that focuses on primary energy because the share of renewables remains extremely small – but it is more relevant to think about the energy mix in other ways.”

Final energy consumption is a better choice, he says. In parallel, emissions are the best indicator of the energy sector’s contribution to climate change.

This trend is slowly becoming a reality in the EU, with total energy demand remaining largely static in recent years, while the amount of energy from renewables is steadily increasing.

It is also important to understand the importance of electrification for decarbonisation. Electricity may have represented only 23% of final energy consumption in Europe in 2018, but this figure is set to shoot up.

“To reach the level of renewable energy that we need – in mobility, industry and buildings – we need to electrify as much as possible,” says Craig Morris from Agora Energiewende, a German energy transition think tank. “And [we need to] make our electricity as green as possible.”

In a net-zero future, sectors that cannot be electrified will likely be fuelled by renewable gases, such as green hydrogen made from electrolysis. This will require large volumes of additional renewable electricity.

“Understanding power is key to understanding the energy of the future,” says Schmela. “While numbers for solar can still seem small at the moment, we are going to see exponential growth. In the short term, we already expect EU 27 annual demand for solar power to almost double, from 18 GW in 2020 to 35 GW in 2024.”

Pierre Tardieu, head of policy at WindEurope, another Brussels-based trade association, adds: “Wind is 15% of Europe’s electricity today, [but] it will be 50% by 2050 if Europe goes climate neutral. To get there, Europe needs to deploy more wind. But it also needs to grow the share of electricity in its energy mix, from today’s 24% to at least 50%.”