The Indian government is falling far short of its target to install two million off-grid solar irrigation pumps in the agricultural sector by 2022, as many farmers fail to access the requisite financing, states a report from US not-for-profit the Institute for Energy Economics and Financial Analysis (IEEFA). 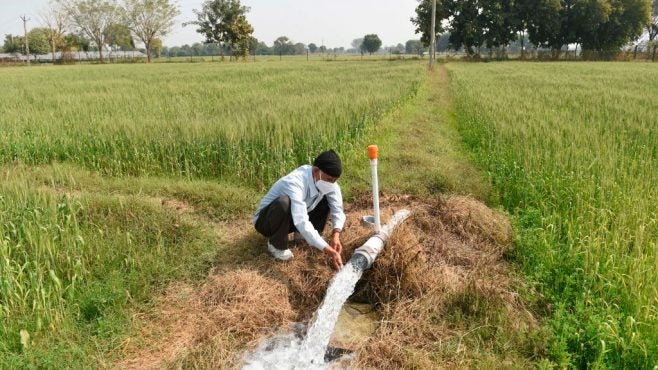 A farmer checks the water released in a wheat field that uses solar panels for irrigation at Vahelal village near Ahmedabad, India, February 2021. (Photo by Sam Panthaky/AFP via Getty Images)

However, investing in the upfront cost of the pump and accessing formal bank credit remains a key challenge for small-scale farmers, as banks do not consider farmers' land to be strong collateral against a loan, the IEEFA says.

Topics in this article: India, Solar