NeuConnect, a privately-financed interconnector that will connect the German and British power grids for the first time, last week sealed €2.8bn in financing from a consortium of international banks and financial institutions. Works will begin later this year, with the project set to become the world’s largest interconnector at 725km in length when it comes online in 2028.

The project involves building an “invisible energy highway” of high-voltage, direct current (HVDC) subsea cables that will allow up to 1.4GW of electricity to flow between Germany and the UK, enough to power up to 1.5 million homes over its lifespan.

Also, by integrating renewable energy sources in the UK and Germany, British energy regulator Ofgem forecasts the project could deliver a net reduction in carbon emissions of more than 13 megatonnes of CO2 over 25 years. The interconnector will particularly help ensure better use of offshore wind capacity according to respective local wind strength.

The NeuConnect Interconnector will see two new substations built in the region around Wilhelmshaven in Lower Saxony and on the Isle of Grain in Kent, England. Works will start on-site in Germany and the UK later this year, with major construction to lay subsea cables and build substations starting in 2023.

Networks/grids
What is being done to make data centres sustainable?

Networks/grids
Covid-19: Sub-Saharan Africa has yet to realise its renewable potential 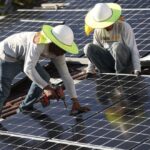 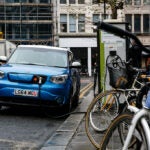 The investor consortium is led by French investor Meridiam , Allianz Capital Partners and Japanese company Kansai Electric Power. The 20-strong banking group includes the European Investment Bank (EIB), the UK Infrastructure Bank and the Japan Bank for International Cooperation. Siemens has been appointed as the contractor for the converter stations, and Prysmian will manufacture and install the cable.

“This project is groundbreaking for the energy transition, as it makes it possible to use offshore wind energy more efficiently,” said EIB vice-president Ambroise Fayolle. “Cross-border electricity trade can help redirect power to where it is most needed, and can thus contribute to the integration of renewables and the stability of the energy supply.”