Rooftop solar PV could supply up to 77% of total electricity demand at times by 2026, says Australia’s national grid operator AEMO in a report. 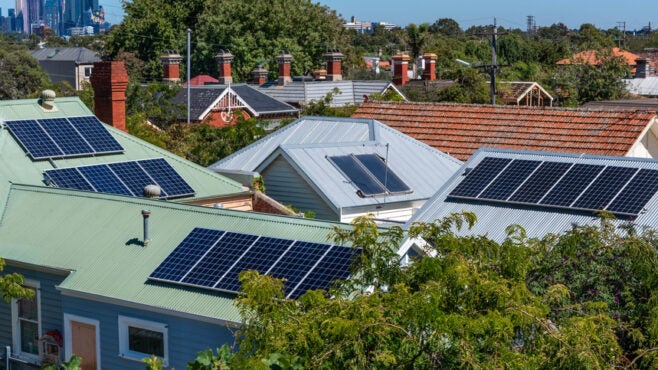 The report predicts an additional 8.9GW of commercial and residential solar PV will be installed by 2025, on top of the current installed capacity of around 14GW.

The continued investment in residential rooftop solar is at times challenging the ability to provide secure and reliable electricity, the report states.

Minimum demand across the national market is expected to drop to a record low of 4–6GW by 2025, down from 15GW in 2019, as solar-equipped buildings generate and consume their own energy.

Africa prioritises renewables but keeps fossil fuels in the mix

Despite this, AEMO expects Australia to have sufficient electricity supply to meet national reliability standards over the next five years.

Later in the decade more generation, storage and transmission capacity will be needed, as large coal generators in Victoria and New South Wales are scheduled to retire while electricity demand is expected to rise, the report states. The pipeline of planned projects now under way can meet this gap, it adds.

Topics in this article: Australia, Solar