A new study by Aurora Energy Research reveals that hydrogen is the key to decarbonising hard-to-abate industrial sectors.

Hydrogen will provide 7–22% of Europe’s final energy demand by 2050, says the research. 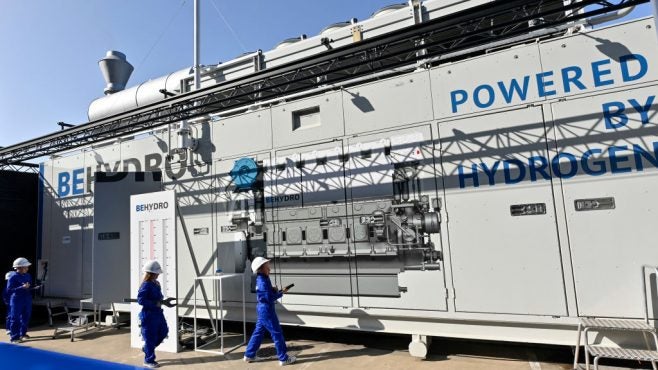 The launch by BeHydro of the first dual-fuel hydrogen engine in Gent, Belgium, in September 2020. (Photo by Dirk Waem/Belga Mag/AFP via Getty Images)

Germany, with its large industrial base, will make up 29% of expected demand for five main sectors: high-value chemicals (including methanol), ammonia, refineries, steel, and cement.

However, the report warns the technology can only contribute fully to decarbonisation if changes are made to hydrogen production methods with a focus on low-carbon electricity sources and carbon capture and storage (CCS).

By mid-century, most hydrogen produced in Europe will come from electrolysers linked to renewable plants specifically commissioned for hydrogen production, says the report.

It urges policymakers to concentrate on supporting hydrogen production in the lowest-carbon way possible by prioritising renewables, including hydro, and nuclear energy.