Volvo and Volkswagen are the only major carmakers in Europe primed for the switch to electric by 2030, concludes research by Brussels-based campaign group Transport and Environment (T&E). 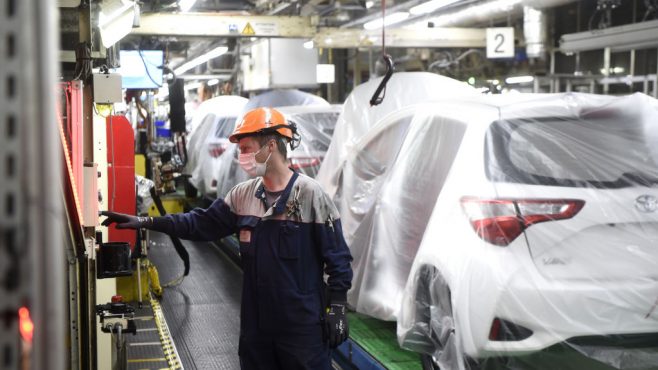 An employee at Toyota works on an assembly line in France in April 2020. (Photo by Francois Lo Presti/AFP via Getty Images)

The analysis from T&E concludes that most major carmakers operating in Europe lack ambitious commitments or robust plans to electrify their fleets.

Toyota, which sold no battery-electric vehicles (BEVs) in 2020, plans for only 10% of its EU sales to be BEVs by 2025 and has no target for 2030. Reaching climate neutrality in 2050 means phasing out the sales of all internal combustion engine vehicles in the EU by 2035 at the latest, the report warns.