Face masks, rubber gloves, hospital equipment, the list goes on. Covid-19 has not been good for the world’s efforts to solve its waste problem or break its addiction to plastic. Waste has rocketed during the pandemic as people return to single-use plastic as a health precaution and personal protective equipment has become widespread in hospitals. Much of this waste cannot be recycled and ends up in landfill or being incinerated, producing significant amounts of greenhouse gases.

Which is the reason, argues Jannicke Gerner Bjerkås, director of carbon, capture and storage (CCS) at Fortum Oslo Varme, for getting CCS working with waste-to-energy power plants. She is heading such a project at the biggest waste-to-energy plant in the Norwegian capital, joint-owned by Finnish energy company Fortum and the city of Oslo.

The heat recovered from the plant’s incineration process (it can burn 300t of waste every day) is already used to produce electricity and hot water, providing around 20% of Oslo’s heat demand through the city’s district heating system. The plant now hopes to find enough funding to add CCS technology that, it says, would capture up to 90% of its emissions, equivalent to 400,000t of CO2 or taking 200,000 cars off the road. 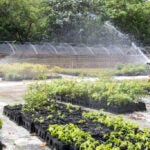 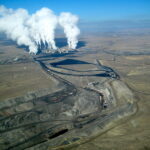 “We will capture CO2 from the flue gas and treat it before sending it to be stored in the North Sea,” explains Gerner Bjerkås in conversation with Energy Monitor.

Another, similarly sized CCS facility is planned for outside Oslo. The Norcem plant, owned by Heidelberg Cement, has received Norwegian public backing to start building in January 2021. Equinor, Shell and Total are responsible for the storage part of both projects’ value chains.

Elevated costs and social acceptance concerns are just two reasons why few CCS projects have ever seen the light of day, but Gerner Bjerkås believes the Oslo project is mature and ready to be launched at commercial scale. “To verify low emissions and a high capture rate, we ran a small pilot plant for nine months, and the results confirmed the technology is safe and has great potential,” she says. “We are ready to go.”

Funding from the Norwegian state to the tune of €300m is already assured and the project has applied to the EU Innovation Fund for match funding, explains Gerner Bjerkås. An answer regarding the application should be forthcoming in 2021, with the aim of having the plant fully operational by the summer of 2026. Investment and operating costs for ten years will be a total of €650m, says Gerner Bjerkås.

She admits the technology is pricey, but says it can be partly financed by increasing local waste taxes and by establishing a “functioning framework for selling negative emission quotas”. A small increase in the gate fee and creating a more dynamic market for CO2-negative waste treatment could also help, she adds. Biomass energy combined with CCS is touted as a negative-emissions technology that can remove CO2 from the atmosphere. Many scientists believe removal will be necessary to achieve net-zero emissions by 2050.

More generally, “costs will come down as the technology becomes more mainstream and the whole value chain is fully utilised”, believes Gerner Bjerkås.

Once the CO2 has been captured, it will be transported to the port, around 10km from the plant, in liquified form. The plan is to use electric tankers or tankers fuelled by biogas or hydrogen for this journey, she says.

A report published in February 2020 by DNV GL suggests various ways costs could be reduced in the future, including by piping the CO2 to the harbour instead of transporting it by truck, and optimising temporary storage on-site and in Oslo’s harbour.

Transporting the CO2 will mean an average of 40 lorry loads every 24 hours, but since the plant is “located next to a main road, this does not make a notable amount of difference”, says Gerner Bjerkås.

From the port, the CO2 will be shipped and then stored. “In the first phase, the project partners (Equinor, Shell and Total) plan to use vessels powered by natural gas and then diversify into hydrogen and methane-free solutions,” she says.

Another issue is the question of the waste itself. Earlier this year the EU adopted a new Circular Economy Action Plan, which aims to recycle increased amounts of waste by 2030. It sets a target of recycling 65% of municipal waste and 75% of packaging waste by this date.

“We need measures along the waste value chain and to recycle much more than we do today, but we also need sustainable solutions for residual waste that we can’t or don’t want to recycle because it is contaminated or hospital waste or mixed waste,” says Gerner Bjerkås. Moreover, the EU has agreed to reduce landfill to a maximum of 10% of municipal waste by 2030.

Adding CCS to energy-to-waste plants is the sustainable solution needed to achieve these goals and reduce emissions, believes Gerner Bjerkås.

“Waste is responsible for 5–10% of global emissions and is an increasing problem,” she says. The most obvious example of this is the face masks we see littering our streets since the outbreak of the Covid crisis.

OceansAsia, a Hong-Kong-based marine conservation organisation, warns that 1.5 billion face masks will enter the marine environment in 2020. These masks cannot be recycled, but they could be incinerated. Left in the countryside or in landfill, it is estimated they will take 450 years to biodegrade.

“CCS plus waste-to-energy is the last step in the waste value chain and part of the circular economy,” says Gerner Bjerkås. “We have no other alternative to reduce emissions.”

If the technology works, it could be rolled out to the other 500 or so waste-to-energy plants in Europe. The idea that the EU’s aim to become a circular economy could mean such plants run out of waste or do not have enough local waste to run efficiently is dismissed by Gerner Bjerkås.

“The most important climate action to cut emissions is to move the waste away from landfills,” she says. “This means that the 100 million tonnes of waste that is landfilled in Europe every year instead must be sorted, recycled and the remaining fractions incinerated.” Importing waste from other countries could be a solution if necessary.

“We have to recognise that emissions from waste handling is a global issue,” she says. “It is dangerous and difficult to look at these problems from a national and regional perspective. It makes sense to use existing waste-to-energy capacity. Scandinavia and Northern Europe can use waste-to-energy for district heating – we have cold winters and need lots of heat. And we need to get all countries to move away from landfill.”

The development of the hydrogen economy will support the fulfilment of decarbonization objectives, particularly for those sectors that are difficult to electrify, such as heavy industry, long-distance trucking, shipping, and aviation. GlobalData's Hydrogen Service tracks investment in the hydrogen sector, and provides you with: For more information, and to download sample pages from our quarterly market analysis, including a summary of the active and upcoming low-carbon hydrogen capacity by region, please enter your details.
by GlobalData
Thank you.Please check your email to download the Whitepaper.
Topics in this article: CCS and CCUS, Interview
SUBSCRIBED