Mid-August saw another round of shelling at Zaporizhzhia in Ukraine, Europe’s largest nuclear power station. Ukraine and Russia blamed each other for the strikes, with Ukraine saying that the attack damaged three radiation monitoring detectors and injured one employee from shrapnel.

Zaporizhzhia, in south-eastern Ukraine, has been under Moscow’s control for many weeks, with roughly 500 Russian soldiers stationed at the site. Since the recent shelling, fears have mounted once again that there could be a serious risk of a nuclear accident, akin to the Chernobyl disaster in 1986.

Days after the shelling, Ukrainian President Volodymyr Zelenskyy discussed “Russia’s nuclear terrorism” at the Zaporizhzhia site during a chat with French President Emmanuel Macron, while calling for more sanctions on Moscow. “The world should not forget about Chernobyl,” he said. “The Chernobyl disaster is an explosion in one reactor, the Zaporizhzhia is six power units.”

But experts are presenting a mixed bag of risk assessments, some of which contradict Zelenskyy’s message.

Ukraine Crisis
What is being done to make data centres sustainable? 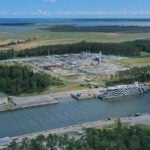 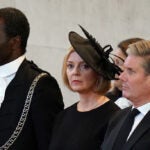 Ukraine Crisis
Opinion: While EU and US act, UK is unprepared for winter energy crisis
Data Insights
View All

A case of alarmism or precaution?

The horrors of Chernobyl are etched in many people’s minds, especially those that watched HBO’s grizzly 2019-depiction of the Soviet-era tragedy. It is no surprise, therefore, that comparisons between it and Zaporizhzhia are so prevalent.

“You have to understand that we in Ukraine are all living in the knowledge that, at any point, we might be on the receiving end of another Chernobyl disaster, but this time on a much larger scale,” said Igor Novikov, a former adviser to President Zelenskyy , in a recent Global Chamber webinar.

“Fun fact: In Ukraine we have this app that alerts us of incoming cruise missiles, and a few weeks back it got upgraded to include the capability of warning us of chemical attacks and nuclear attacks. Apparently there’s a special ringtone for a nuclear attack, so that’s something to look forward to, right?” he added.

Novikov thinks that people are downplaying the risk of nuclear fallout, be it through the tactical use of nuclear weapons from an unhinged Vladimir Putin, or a nuclear disaster at one of Ukraine’s power plants.

“Borders don’t stop nuclear crises, as we learned during Chernobyl,” he says. “If there’s a fallout, the scale of the disaster is dependent on the wind [speed], and the direction of the wind. So it might not affect Lviv at all, but it could affect Istanbul and Turkey in a major way.”

Is the nuclear risk low?

However, a recent piece by Politico finds that some of Europe’s key nuclear industry experts think the risk of a Europe-wide disaster is low, since Zaporizhzhia’s reactors are protected by up to 10 metres of concrete, meaning the risk from shelling is limited. In short, it would take a barrage of targeted aerial bombings to breach the reactor walls.

Meanwhile, an attack on the station’s fuel storage sites would also have a limited effect, since any released radioactive material would only travel about 10 to 20 kilometres. The overall sentiment from Politico’s review is that the Fukushima disaster in Japan in 2011, not Chernobyl, is the right analogy for the situation at Zaporizhzhia.

This, however, does not downplay the disaster at Fukushima, which remains catastrophic. Meanwhile, it does little to assuage the very real fear that a very possibly irrational Putin could unleash his plentiful nuclear arsenal in the coming months.

In the meantime, the threat of nuclear emergency also serves as a very convenient way for both Ukraine and Russia to escalate the war’s sense of urgency. In other words: up the ante and push forward their agendas.

Editor’s note: The original version of this article appeared on our sister site Investment Monitor.

Sebastian Shehadi is political editor and senior editor at Investment Monitor and a contributing writer for the New Statesman. He joined from the Financial Times, where he was an editor at fDi Magazine. He takes special interest in tourism, tier-two cities, green energy, real estate and emerging markets, and has written for the FT, the BBC, Sifted and Middle East Eye. Prior to his career in journalism, Sebastian served as a political risk analyst at Citibank.
SUBSCRIBED