Power generated from fossil fuels is significantly more deadly than power from renewables. That is the conclusion drawn when two different studies analysing deaths from energy generation are compared.

In one, researchers from Aarhus University, Denmark, analysed all known accidents that took place in renewables between 1990 and 2013. The second paper, from researchers at the University of Bath and the London School of Hygiene and Tropical Medicine, UK, offers a snapshot of fatalities resulting from accidents and air pollution in the fossil fuel energy sector. 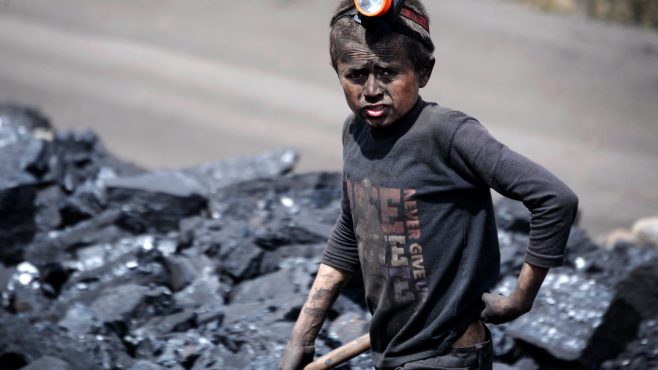 An Afghan child working at a coal mine. (Photo by Farshad Usyan/AFP via Getty Images)

The data from the two studies reveals how deadly pollution from fossil fuels can be. Lignite, or brown coal, is the most polluting fossil fuel and the most deadly electricity source, killing 32.8 people per terawatt hour (TWh) of power generated. The dangers involved in coal mining are also reflected in this figure.

Energy sources become less deadly the less pollution they produce; deaths from renewables are negligible at 0.04, 0.02 and 0.02 deaths per TWh, respectively, for wind, hydropower and solar.

In the wind industry, the renewables sector where the most incidents were recorded, the most serious accident occurred when a bus collided with a truck transporting a wind turbine tower in Brazil. Other accidents occurred as a result of severe storms, ice thrown from turbines and maintenance errors, where workers had fallen from turbines.

Accidents from solar were largely the result of electric shocks from improper wiring or falls from roofs during installation. For hydropower, while the death rate during the period studied was low, the authors highlight there is a risk of catastrophic casualties from dam failures. When the Shimantan hydroelectric facility collapsed in China in 1975 following Typhoon Nina, the ensuing tidal wave killed 171,000 people.

The big difference between renewables and fossil fuels is that once the infrastructure for solar or wind is built, they are essentially clean. On the other hand, air pollution from burning fossil fuels was responsible for 8.7 million deaths globally in 2018, as a  report from February 2021 highlights.