China was a country late to the nuclear power party. While the US and Europe began rapidly building nuclear capacity in the 1960s, the communist superpower did not connect its first nuclear power station to the grid until the early 1990s. Today, China leads the world for solar, wind, hydro and coal power generation, but it only has the third-largest nuclear power capacity, after the US and France.

This is about to change in dramatic fashion. It was reported in November 2021 that China planned to build 150 new reactors at a cost of $440bn (2.8trn yuan), which is more reactors than the rest of the world has built over the past 35 years.

Analysis of power plant data from GlobalData, Energy Monitor‘s parent company, shows the enormous scale of China’s nuclear ambitions, which encompass both the new 150-reactor plan as well as existing plans. The country has 19 reactors under construction, 43 reactors awaiting permits, and a massive 166 reactors that have been announced. The combined capacity of these 228 reactors is 246GW, more than the entire electricity generation capacity of Germany (225GW). It is a figure close to the 289GW of new nuclear capacity the rest of the world has in the pipeline.

China’s enthusiasm for nuclear comes despite decades of opposition from environmentalists, cost overruns and several high-profile disasters (a safety review following the Fukushima Daiichi meltdown meant no plants were approved between 2016 and 2018).

China's interest in nuclear stems from its climate goals. It has pledged to peak carbon emissions before 2030 and reach carbon neutrality by 2060. These are big asks when more than 60% of its power continues to come from coal, the most carbon-intensive of all fossil fuels. Not only will China have to decarbonise this existing generation capacity, but it will also have to ensure that growing energy demand (up more than 1,000% since 1990) is not met by fossil fuels. Nuclear power offers low-carbon baseload power, even if that power comes at a high cost because it results in a high volume of nuclear waste.

A quarter of a million tonnes of highly radioactive waste sits in temporary storage near nuclear power plants and weapons production facilities around the world, awaiting a viable long-term solution.

Chinese state media reported in November 2021 that the country had made a “breakthrough” in nuclear waste disposal technology, whereby liquid waste is heated with sand at more than 1,000°C to form glass that stably stores the radioactive material. However, India, France and the UK have carried out such vitrification for decades. Given that glass and steel containers will corrode over thousands of years of storage, and there are doubts over where is best to secure those containers, long-term nuclear waste storage remains a conundrum for policymakers. 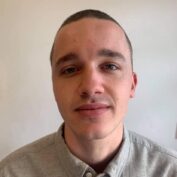