EU civil servants are about to enter a new era. In May 2021, the European Commission, the union’s executive body, announced it will close half its office buildings. The rationale behind this, according to Johannes Hahn, the European Commissioner for Budget and Administration, is to adjust to the new post-Covid norm of working from home and to make the Commission “more green” by reducing building emissions. The assumption that losing offices and avoiding commutes will deliver an emissions reduction seems logical, but the data is less clear cut.

The Commission employs 32,000 people and plans to reduce its 50 buildings around Brussels to 25 within the next ten years. Whether this change will result in emissions savings depends largely on local transport and energy provisions, finds a study published in June 2021 by the UK’s Carbon Trust. In many instances, teleworking causes more emissions because each individual worker’s home needs to be powered, heated and air conditioned, rather than just one shared office space. 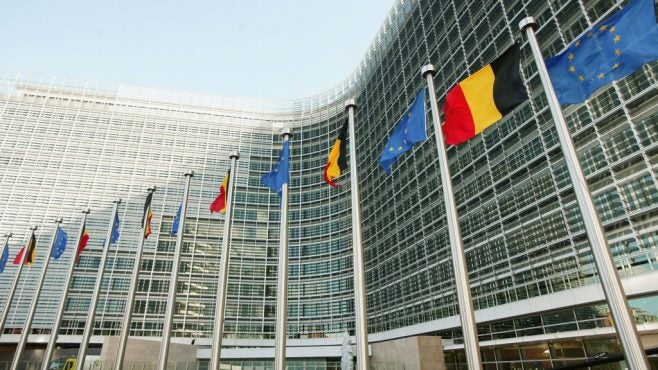 Workers at the European Commission’s Berlaymont headquarters in Brussels will continue partly working from home after the pandemic. (Photo by Mark Renders/Getty Images).

The situation may be worsened if people can opt to work partly from the office and partly from home, since offices still need to be powered while further emissions are created by people at home.

“While homeworking offers great potential for carbon savings, it is important to understand regional nuances and working patterns, and to identify inefficiencies that increase consumption, to create saving scenarios,” says Andie Stephens, associate director at the Carbon Trust. Emissions savings from teleworking are possible, but it is much more complicated than just telling people to work from home, he says. 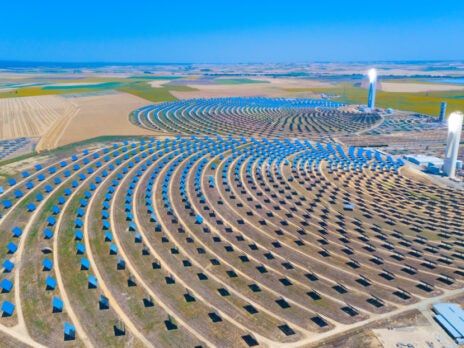 “We need to adopt different approaches beyond the home,” explains Stephens. “Otherwise, offices operating at full energy demand while only being half-occupied or transport systems being unable to respond to changing demand could lead to an overall increase in carbon emissions.”

The Commission has, until now, concentrated on reducing the climate impact of its offices by spending big sums of money on renovating them in line with the EU energy performance of buildings directive. In 2005, the Commission’s buildings started being monitored by the EU's own Eco Management and Audit Scheme (EMAS). This approach reduced energy consumption in Commission office buildings by 65%, and related CO2 emissions by 86%, between 2005 and today, largely through energy efficiency improvements and updating buildings.

Vacating buildings is another matter. The Commission plans to work closely with EMAS to close buildings and reorganise working structures in the most energy-efficient way. It says it intends to make better use of "every square metre and make every square metre greener”.

Commuting: not the deciding factor

Transport emissions from commuting may seem key to cutting emissions from our working lives, but they pale in comparison to the emissions generated by heating and cooling buildings. During winter in the UK, emissions from heating office buildings outweigh those from workers’ commutes, finds a report by WSP UK, a London-based consulting firm.

Move those heating needs from a shared office to individual homes, where energy management systems are also less sophisticated, and any emissions savings from less commuting fail to counteract increased emissions from home heating.

Two hundred people working in an office in the UK in winter produce an average of 286.7 tonnes (t) of CO2 a year, including emissions from commuting, finds the report. Those same workers working from home and heating their whole house or flat would produce almost twice as many emissions – 505.9t of CO2 a year, without counting the commute. Turning the heat on only in their office room would produce fewer emissions than working in the office – 123.9t of CO2 a year – but few people are likely to adopt this approach.

However, for the UK, this is only a problem in winter, says the report. Because air conditioning is rare in Britain, especially in homes, in summer teleworking would result in big emissions savings. The key question, which is hard to answer, is whether the emissions savings in the summer would outweigh any rise in emissions in winter.

Offices operating at full energy demand while only being half-occupied or transport systems being unable to respond to changing demand could lead to an overall increase in carbon emissions. Andie Stephens, Carbon Trust

This highlights how dependent emissions savings are on local factors. In the UK, just 0.5% of homes have air conditioning. However, in the US, this figure rises to 90%, according to the International Energy Agency, meaning the increased energy use of each worker at home would be a factor throughout the year.

Other than temperature, two other important parameters are energy sources and transport patterns. A worker who commutes every day using a fossil fuel-powered car will save more emissions by working from home than someone who takes public transport or drives an electric vehicle.

The Carbon Trust study found that a German teleworker who normally commutes by car can save 6.44kg of CO2 each day, while a teleworker who normally commutes by train would only save 3.72kg by working from home – but these savings are over the course of a whole year. In reality, there is a big seasonal difference. In winter, a German worker who commutes by train will produce fewer emissions by working in the office, but a worker who commutes by car might be better off at home – assuming their car is not electric. In summer, both workers would produce less emissions at home.

Perhaps the biggest determinant of whether teleworking results in emissions reductions is the energy source. A region where homes are heated by coal would see emissions go up, while a region powered by cleaner sources of energy would likely see CO2 savings.

The Carbon Trust report looked at six different European countries and found huge disparities in the impact of increased teleworking. It found big emissions reduction potential in Germany and Italy, but almost none in Sweden and the Czech Republic.

“Sweden’s savings potential [from teleworking] is much less significant given the more efficient building stock, a less carbon-intensive grid and the presence of district heating,” says the report.

Germany and Italy could both derive more climate benefits from teleworking in large part because their office spaces are less efficient, according to the report. Germany has the potential to save 12 million tonnes of CO2 equivalent a year from increased teleworking, the equivalent of over 80 million one-way flights from London to Berlin, reports the Carbon Trust. On an individual basis, Italian workers would produce the biggest emissions savings from increased teleworking, the equivalent of over seven such flights per teleworker.

For the Czech Republic, CO2 savings would be low largely because of the grid's higher carbon intensity, which means you get more increased emissions from spreading people out from one office to many homes. This situation is mirrored in many other eastern European countries, which remain highly reliant on coal and other fossil fuels.

The worst-case scenario, the Carbon Trust finds, is a hybrid working future. With many companies envisioning exactly this, they will need to do some careful planning to ensure it delivers emissions savings.

The Carbon Trust recommends countries make use of the EU's €750bn ($896bn) pandemic recovery fund to invest in making teleworking a success. “Companies should adopt measures and smart technologies that can help rationalise offices depending on the number of people and where they are located,” the report adds.

For the Commission, based in a city with nuclear power, massive traffic, moderate temperatures and little air conditioning, the emissions benefits of increased teleworking could be significant, but further studies will be needed to analyse how best to adjust homeworking to the specific conditions and needs of Brussels. Luckily, the EU executive has given itself ten years to figure it out.

Topics in this article: Covid-19, EU 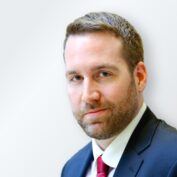