After three sweltering and sleepless nights in July, I purchased my first fan. I opted for the cheapest product without considering its energy efficiency. My decision, “based entirely on sticker price”, is identical to the one most consumers make when buying an air conditioner, says Iain Chamberlain from the US-based organisation RMI (formerly the Rocky Mountain Institute). And as the world gets warmer, this tendency is causing problems for the climate. 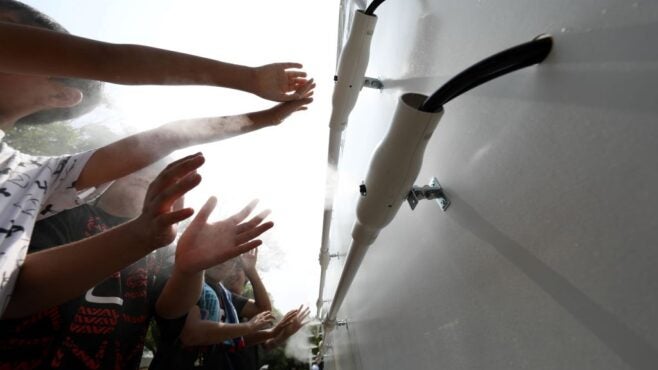 People cool off at a mist station installed at Shiokaze Park during a test event for the Tokyo 2020 Olympic Games, July 2019. Olympics organisers tested everything from misting sprays to air-conditioned tents on July 25 as they trialled heat mitigation measures. (Photo by Behrouz Mehri/ AFP via Getty Images)

Global electricity demand for space cooling more than tripled between 1990 and 2016, reaching 2,020 terawatt-hours (TWh) and becoming the fastest-growing end use for electricity in buildings. Almost 70% of this growth comes from the residential sector. In 2019, space cooling was responsible for around 1 gigatonne of CO2 (GtCO2) and nearly 8.5% of total final electricity consumption, according to the International Energy Agency (IEA).

By 2050, the number of room AC units installed globally is predicted to increase to 4.5 billion from 1.2 billion in 2018, adding 132 GtCO2 to the atmosphere and resulting in 0.5°C of global warming by the end of the century. The largest demand is expected to come from emerging economies, which will see a five-fold increase in the number of room ACs between now and 2050, says a report from RMI.

Rising living standards, urbanisation and more frequent and extreme heatwaves will continue to drive a major increase in “the sale of cheap and inefficient AC units,” says Chamberlain. 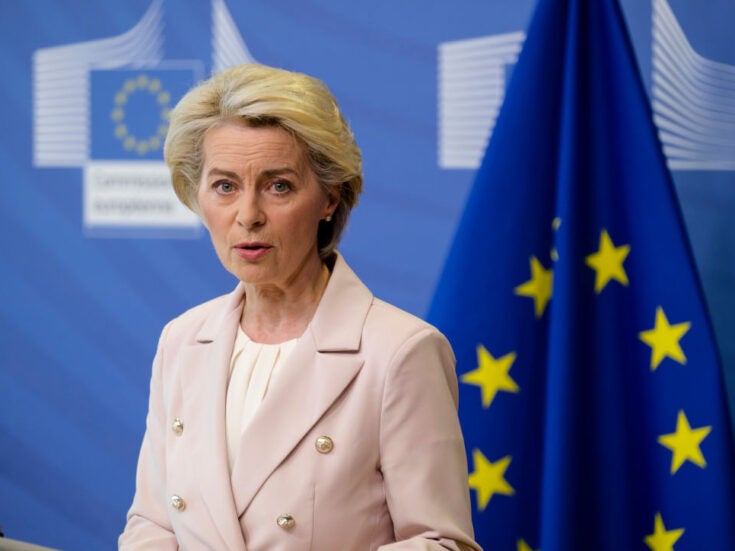 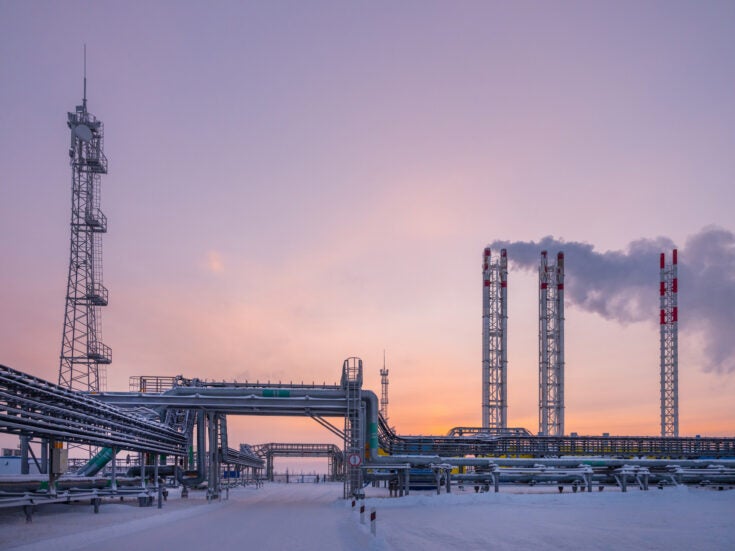 Cheaper to electrify US homes during construction than after

The problem with air conditioning

To prevent consumers from buying highly inefficient products, 60 countries have established minimum energy performance standards, which preclude the sale of AC units unless they meet the standards. Due to demand for low price products, most AC manufacturers mass produce cheap units which meet or marginally exceed the minimum standards.

That is where manufacturers benefit from economies of scale. The standards are a key factor influencing the efficiency of available and purchased equipment in the market, and currently “the [minimum energy performance standards] are too low,” says Chamberlain, “set slightly above the level of worst-performing AC”.

Rather than advancing the adoption of the most efficient AC units, policymakers typically focus on eliminating the least efficient ones, increasing the minimum standards conservatively each year, Chamberlain says.

“Policy-driven, incremental improvements in technology have resulted in a 1.7% average global increase in efficiency per year since 1990, which is insufficient to offset the massive increase in future electricity requirement for room AC units,” he adds.

China has seen a 13% increase in demand for space cooling in buildings since 2000, reaching 400TWh of electricity consumption in 2017. Given the country’s strong reliance on coal-fired power generation, cooling-related emissions from electricity consumption increased five-fold between 2000 and 2017. AC sales likewise grew five-fold in the same period. And while 40% of households still do not own an AC, ownership is expected to reach 85% by 2030.

The average annual energy efficiency of variable speed mini-split units (China’s most popular model of air conditioner) sold in 2015–17 was as much as 20% lower than the more efficient readily available units, and around 50–60% lower than the best available products. However, cooling minimum energy performance standards in China have remained unchanged in recent years. Without policy intervention, space cooling electricity use could balloon to 750TWh or more by 2030, finds the IEA.

RMI launched an innovation competition, the Global Cooling Prize, in November 2018 to incentivise the development of a super efficient residential cooling technology.

Climate impact was determined by combining electricity reduction (in kilowatt-hours) and refrigerant Global Warming Potential (GWP) reduction, relative to the baseline unit. The baseline unit, which was a minimum standards-level AC, cost $550 to install and $270 a year to operate, while Daikin’s product cost $1,300 to install and just $58 a year to operate for the same cooling output.

The prize succeeded in demonstrating the energy efficiency potential for AC units, but “there will not be a business case for the winning companies until the market failure within this space is addressed, and it can only be addressed with policy”, says Chamberlain. Governments must implement lifecycle-cost labelling if consumers are to identify their products as the most cost-effective, and stop opting for cheaper and highly inefficient units, he adds.

Chamberlain cites Japan’s Top Runner scheme as a successful example. Launched in 1998, the programme encourages customers to purchase the best-performing units with the help of labels, increasing economies of scale and lowering costs for the most efficient products.

In Japan, AC units are tested to determine the most efficient model, which becomes the baseline level of efficiency. Manufacturers must then attempt to reach the new baseline within four to eight years. Products attaining the baseline efficiency receive a “Top Runner” label. This incentivises other companies to try to make more efficient and competitive models. Then, the next time officials set standards, the best available products will be even more energy efficient.

Air conditioning is still widely regarded as a “consumer luxury” in parts of the Global South, says Larissa Gross from European think tank E3G. A study released in July 2021 in the Global Environmental Change journal established a clear correlation between household income and air conditioning. “Air conditioning use is rare at low-income levels,” the study writes, but “at an annual income of about $10,000 USD, air conditioning increases sharply”.

For those with access to active cooling, the struggle to pay increasing energy bills from inefficient air conditioning can exacerbate energy poverty, says a research paper from Italy’s Ca’Foscari University, thus inhibiting a just transition. Based on a study of nine OECD countries, the research revealed a 42% increase in household spending on electricity following the introduction of air conditioning.

Passive solutions reduce heat gain with the use of shading, modulation (via building materials) or ventilation. To achieve this, cities should implement “a suite of mandatory and voluntary measures,” says Brian Dean from Sustainable Energy for All, an international organisation that partners with the UN.

“The most effective policies to move the majority of buildings towards more passive measures are mandatory building codes,” Dean adds. India’s Energy Conservation Building Code is a recent example of a residential building code that includes roof and building envelope requirements dictating how much heat must move in and out of a building passively via a set of calculations, and the minimum openable window-to-floor area ratio. “If you comply with the code, you will have reduced heat transfer – a form of passive cooling,” Dean explains.

However, Khostla acknowledges that implementation of building codes is challenging. Residential energy codes require certain energy conservation measures – such as ventilation or levels of insulation in building materials – and “these have to be put in place at the time of construction to get a certificate from the municipality,” she explains. “India has an energy conservation building code, but the accountability and scale of its reach is low.”

Other passive measures include the use of vegetation and reflective white paint on roofs and roads, opening community cooling centres, and lifestyle and behavioural changes, such as changing norms around office dress codes. While such passive measures are “seldom mandatory”, they can become “large-scale, significant initiatives,” says Dean.

RMI’s Chamberlain regards the opportunities to deploy passive approaches as more limited. “Passive solutions are really hard to achieve in existing buildings if you want to make a material difference to the temperature,” he says. They are mostly suitable for new buildings. “People will still want active cooling. Unless you’re in Northern Europe. Even then, that may not be the case in 20 years’ time.”

Topics in this article: US
SUBSCRIBED