China has long had the ignominy of being both the world’s largest user of district heating, and the dirtiest.

Decades ago the Communist government decided all heating north of the Yangtze River would come from district systems. Normally, such systems can help reduce emissions compared with individual home boilers when they get heat from power plants that also produce electricity. However, China’s system was sourced from coal plants whose only purpose was producing heat, not the concomitant production of electricity.

Over the past five years, the government has worked to switch these systems over to combined heat and power (CHP) plants. Today, the vast majority of China’s district heating systems are still powered by coal, but most are CHP.

This change has had a moderate effect on reducing the emissions intensity of these systems. The big shift is still to come. The government will soon be ready to move from increasing the efficiency of existing systems to bringing in heat sources that are not fossil fuels. By the end of 2021, China aims to source 11% of its district heat from biothermal (such as wood) and 5% from geothermal sources. 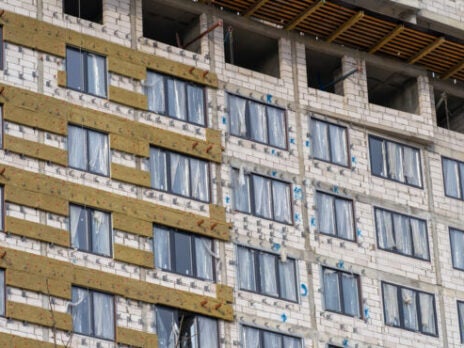 How mortgage portfolio standards could heat up building renovation

This is just the beginning. The use of renewable sources in China’s district heating in the north – and district cooling in the south – will increase by an astonishing 808% between 2019 and 2024, forecasts the International Energy Agency (IEA). The eye-popping number is partly due to the fact that China has had very few renewable sources in its district systems until now. Their use rose by only 4% from 2013 to 2018.

Globally, the IEA expects renewable energy consumption for district heating and cooling to expand by more than 40% from 2019 and 2024. China will be responsible for more than 80% of that increase. “Replacing inefficient individual coal-fired boilers with district heating systems, and using alternative fuels such as bioenergy and waste in these systems, is part of the country’s strategy to fight air pollution in large cities,” explains the IEA.

Europe currently leads the world, sourcing about half of the heat in its district heating systems from renewable sources, compared with 8% globally. This figure is boosted by particularly high rates in countries like Sweden, Iceland and Norway, where more than 70% of district heating fuel is renewable. However, Europe’s market-leader status will be challenged in the coming years, particularly since district heating is much less prevalent than in China.

The share of renewables in district heating systems in Europe grew by 30% between 2013 and 2018, mainly as a result of an extensive transition from fossil fuels to bioenergy, but this growth will slow to 8% from 2019 to 2024, estimates the IEA. There remains little scope for getting more capacity out of natural sources like geothermal and hydropower, and fuelling district heating systems through solar or wind installations is harder and more capital-intensive.

Prospects for renewables expansion in district systems elsewhere in the world look bleak. While the share of renewables in US district heating and cooling grew by 23% from 2013 to 2018, it is expected to decrease by 11% from 2019 to 2024, says the IEA, as more gas-powered district heat systems come online. This trend could still mean emissions reductions, but continuing to burn fossil fuels for these systems will give rise to concerns over lock-in.

“In Russia – where district network infrastructure is old and very inefficient – and in the US, renewable expansion in district heating and cooling remains limited or non-existent due to lack of policy support,” the IEA concludes.

Countries should perhaps rethink their policies since such networks are “potentially one of the most effective means to harness renewable energy to meet heating and cooling demand because they offer economies of scale and high efficiency potential through aggregation of demand”, the agency suggests.

In addition, district systems can be a way to “circumvent building suitability and consumer awareness barriers” and offer the opportunity to store renewable energy, and benefit from heat and power coupling, it adds.

Read more about district heating and its role in the energy transition here.#