It is the “transition” in “energy transition” that really characterises our most-read articles this autumn. As 2021 draws to a close and Energy Monitor is a few months past its first birthday, we have compiled a list of our ten most-read articles since 1 September 2021. If you have read them all, great; if not, and you want to get an idea of what we do, take a gander.

They are a good reflection of what Energy Monitor is all about: the real-life political and economic challenges of transitioning to net-zero greenhouse gas emissions. The embrace of net-zero targets by countries and companies alike does not make the challenge of transition any easier.

It is what happens to fossil fuels as much as what happens to renewables that will decide the energy transition, and it is oil and gas as much as electric vehicles and heat pumps that interests our readers. That, and the often-controversial options in between, notably hydrogen, nuclear and hydropower, plus carbon markets as a tool to help finance it all.

Our most-read story this autumn is a short, pithy column by managing editor Justin Gerdes in California about how LNG exports are backfiring on the US oil and gas industry. Sending an increasing share of the US’s natural gas production overseas is exposing the domestic market to higher prices – and making renewables more attractive.

“It would be no small irony if oil and gas companies’ eagerness to send natural gas overseas ends up accelerating renewables’ takeover of the US power grid,” Gerdes writes.

Second on the list is a piece about the urgency of action on flaring. Average flaring intensity per barrel is at its highest in five years, reports data journalist Nick Ferris – even as the International Energy Agency’s Sustainable Development Scenario says it must fall 90% by 2025. The 150 billion cubic metres of gas burnt every year is equivalent to the combined natural gas imports of Japan and Korea – and emits as much CO2 as Italy. Most flaring is avoidable. Methane has steadily climbed the political agenda and we expect it to stay there.

Senior writer Dave Keating's piece about the likely inclusion of gas and nuclear in a new EU Taxonomy for green investments is third. The EU’s decision about what investments count as sustainable will reverberate much further than the financial sector, which is why European governments are arguing so fiercely about it, he explains.

Fourth is a piece about electric vehicles. Every week, Energy Monitor produces a short Weekly Data that leads with a visual to explain a facet of the energy transition in just 400 words. On 20 September 2021, this was a chart by Ferris showing that one-fifth of the cars produced by German car manufacturers are now electric vehicles (up from 6.8% in 2020). The stat, which came from the German Association of the Automotive Industry (VDA), went viral on Twitter.

COP26 rounds up the top 5, with a piece by contributing editor Mark Nicholls about what was at stake for carbon markets at the UN climate conference. The article is remarkable for making no compromises on complexity whilst being accessible to non-experts. In essence, Nicholls explains how decisions on carbon trading rules can enable deeper emissions cuts and help finance flow to the Global South but must maintain environmental integrity and therefore also risk slowing the carbon market down.

The two most-read pieces of the past few weeks also make it into this autumn's top 10: Seven pages will decide the future of green hydrogen in Europe, by myself and a new Live EU electricity generation map by a trio of data journalists and developers. The former reports on a piece of EU legislation that many potential green hydrogen producers and experts say is the single most important decider of final investment decisions in electrolysers. Recent leaks of the draft act, which is due to be finalised in early 2022, have horrified and heartened in equal measure.

The live electricity generation map is an example of the kind of data journalism Energy Monitor aspires to do more of in future. Together with a trio of power transition trackers, these are interactive pieces that use databases owned by our parent company, GlobalData, to map out power plant assets and pipelines, and compare them to net-zero pledges. They are reality checks of promises versus plans.

Affordability and security of supply are often invoked as obstacles to the energy transition. Little wonder then that another story by Ferris, Recent events complicate the idea fossil fuels are more ‘reliable’ than renewables, was also a favourite among readers this autumn. Fuelled by the energy price crisis, it argues that fossil fuel markets are becoming more unstable while new technology means 'variable' power supply does not have to be 'unreliable'.

Finally, two older pieces made it into the top 10: Heat pumps are on the rise in Europe, by data journalist Nicu Calcea, and Can hydropower be part of a clean energy future? by freelance journalist Jocelyn Timperley. Both date from a year ago. They show the enduring power of “evergreens" that take a topic and explain it, or report on a longer-term trend or dive into a recurring question with no obvious answer.

In this case, heat pumps remain a vital part of the energy transition and a hot topic for debate – for their role in decarbonising heating versus gas and hydrogen – and hydropower is a technology that is used much more than it is discussed.

That rounds up our 10 most-read articles this autumn. We have enjoyed having you with us, wish you reflection and inspiration in the final days of this year, and look forward to continuing the journey to net zero together in 2022. 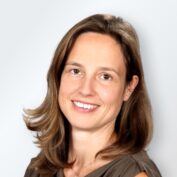