The UK is in a bad state. Figures announced on 12 August show that the economy contracted by 0.1% between April and June, an ominous foreshadowing of the lengthy downturn expected from October.

That recession is almost certain to last at least six quarters, according to modelling by the Bank of England. If the Bank raises interest rates to 3% in February as markets anticipate, the UK is likely to expect negative growth for more than two full years.

Right now, however, the immediate crisis is the cost of energy. The UK’s energy price cap (the maximum annual charge for a typical household) is forecast to nearly double in October, rising from £1,971 ($2,378) to £3,634, before climbing to more than £5,000 in January.

The implications for household finances is difficult to overstate. According to new research by the Tony Blair Institute for Global Change, real household incomes are set to fall by 7% in the space of nine months. Incomes fell further after the financial crisis, but that took five years and still threw the UK into a decade of political instability. The closest parallel may be the two-year decline of 8.2% in the early 1920s, a period that culminated in the UK’s first and only general strike.

Market design
Why is methane slipping between the cracks? 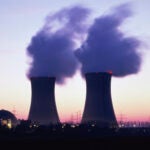 More concerning still is how the burden is set to be distributed. The Blair Institute’s research suggests that the UK’s poorest 10% of households will see their real incomes fall by 17.3%. The phrase ‘cost-of-living crisis‘ hardly does justice to what is, in effect, an emerging humanitarian crisis.

One might have expected the crisis to set the UK's famously adversarial political system into full-swing. Foreign Secretary Liz Truss and former Chancellor of the Exchequer Rishi Sunak, both of whom pass for heavyweights in today’s Conservative Party, are currently fighting to succeed Boris Johnson as Prime Minister, giving them every incentive to offer ambitious and innovative solutions to the country’s present woes. The same might be said of Labour’s Keir Starmer, nominally leader of the opposition, who has consistently stressed his readiness for government and sought to expand his narrow lead in the opinion polls.

What has this thriving marketplace of ideas churned up? Overwhelmingly the favourite to take over as Prime Minister in September, Truss has said little about her plans beyond promises of sweeping tax cuts, dismissing the idea of cash payments to the most vulnerable as “handouts”.

Her signature pledge is to reverse the hike to national insurance contributions implemented by Sunak last April. The Blair Institute’s analysis shows that the UK’s richest households would benefit enormously from the policy, saving £93 per month – equivalent to 84% of their total cost of living increase as of next April. For the poorest households, however, the policy would reduce their cost-of-living increase by just 2%, saving them a paltry £0.79 per month.

On the opposition benches, it seemed until recently that the same intellectual fog had descended. When Keir Starmer did finally announce his first policy to deal with the crisis, six months after Russia’s invasion of Ukraine made it a pressing issue, it was not a promising sign. The Labour leader’s introductory offer to the electorate was to eliminate the 2% premium paid by those on pre-payment metres – effectively a 5% cut to the October pay rise for 8% of energy customers.

Starmer’s second proposal was more serious. The Labour leader has proposed cancelling the October 2022 and January 2023 price rises altogether, compensating energy retailers through a mixture of general taxation and a windfall tax on the profits of North Sea energy producers (who have profited handsomely from the crisis).

Of course, that leaves open the question of what happens when prices are due to rise again in April 2023. If the freeze is to be rolled back, it merely delays the inevitable. If not, Labour is committing to an indefinite subsidy for private companies – parts of which will inevitably find their way into shareholder dividends. For now, however, it is at least a solution.

Yet, with no general election on the horizon, Labour’s position matters little. As the UK marches headlong into its most difficult winter in living memory, the governing party has yet to offer a serious solution to the crisis. The country can ill afford to wait much longer.

Editor’s note: The original version of this article appeared on our sister site Investment Monitor.

Ben van der Merwe is a data journalist at GlobalData Media, specialising in FDI. He joined from the Reach Data Unit, where he was a fellow of the Google News Initiative. His investigative journalism has previously appeared in the Observer, VICE, Private Eye and New Statesman.
SUBSCRIBED