Around 3,000 households in the UK have signed up to a new peer-to-peer (P2P) energy exchange that will see them receive traceable renewable energy from local generators. Typically, UK households receive electricity from the National Grid, only around 40% of which is generated from renewable sources.

The 3,000 homes on the P2P exchange are spread across the UK, spanning Scotland, Wales, Manchester, Birmingham, London and the south-west. They will be supplied with 100% traceable renewable energy from a combination of local solar, wind and hydropower assets.

With gas and electricity prices continuing to soar, the exchange’s founders believe its launch could represent a pivotal step in the UK’s energy transition.

Market design
Covid-19: Sub-Saharan Africa has yet to realise its renewable potential 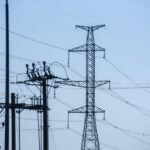 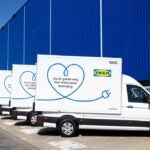 “It truly is a first as green energy up until now has always been affected by ups and downs in the gas market,” says UrbanChain CEO Somayeh Taheri. “That is because renewables are intermittent and green energy is fed into the wholesale market before customers buy it back at much higher prices. This model has fundamentally remained the same [despite the changing energy mix] and has continued to see consumers hit with rising bills.

“Five years ago, with a mission to alleviate fuel poverty and to fix a broken, inefficient energy market model, we set about onboarding businesses and renewable energy generators into our P2P exchange,” Taheri adds.

Although this would be the first P2P renewable energy platform in the UK, companies such as Germany’s Lumenaza have been providing the service in mainland Europe for several years.

Topics in this article: UK
SUBSCRIBED