In May 2021, a court in the Hague, the capital of the Netherlands, ordered oil major Royal Dutch Shell to cut its carbon emissions by 45% by 2030 compared with 2019, following a lawsuit brought by more than 17,000 co-plaintiffs including the NGO Friends of the Earth.

The ruling sent shockwaves across boardrooms worldwide. “The last two years have seen a trend of courts telling national governments they are not doing enough to reduce their countries’ greenhouse gas emissions,” says Michael Gerrard of Columbia University’s Sabin Center for Climate Change Law. However, the ruling in Milieudefensie et al. v. Royal Dutch Shell was “the first legal decision in the world [that held] fossil fuel companies accountable for their contribution to climate change”.

Judge Larisa Alwin said Shell, which think tank the Climate Accountability Institute says was responsible for 2.4% of global emissions between 1965 and 2017, must reduce its CO2 output “at once”. The ruling would have “far-reaching consequences” that may “curb the potential growth of the Shell group”, he added. 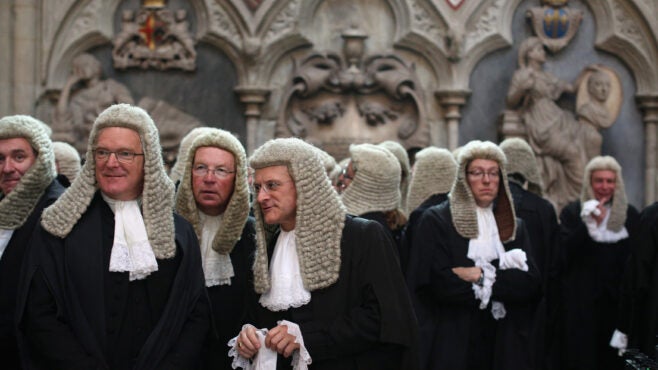 What these “far-reaching consequences” may be remains unclear. The company is planning an appeal and chief executive Ben van Beurden insisted earlier in August that the company has no plans to change its current decarbonisation strategy. 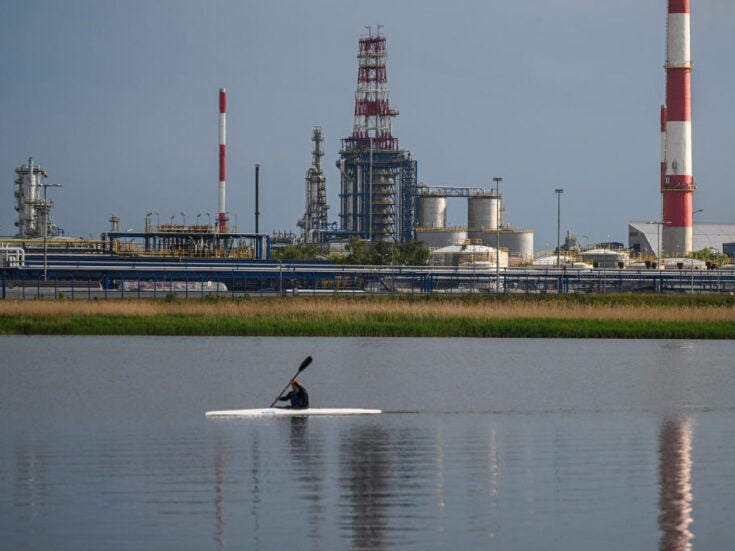 Regardless, the power of the law as a climate action tool is gaining strength with activists filing an ever greater number of lawsuits in an attempt to hold big emitters accountable. More than 1,000 climate litigation cases were filed worldwide between 2015 and May 2021, compared with 800 between 1986 and 2014, shows data from the Grantham Institute on Climate Change and the Environment. In the last 12 months, cases were filed for the first time in Guyana, Taiwan, the East African Court of Human Rights and the European Court of Human Rights.

Litigation has become so widespread because “pretty much all climate activists and scientists see that the response by governments and corporations to the climate threat has been weak compared to what is needed”, says Korey Silverman-Roati from the Sabin Center. “Litigation is increasingly seen as the only option to fight authorities when they are failing to appropriately address climate change.”

Most cases are brought against governments, typically by NGOs, but litigation is becoming a risk “businesses of all types cannot afford to ignore”, said UK-based law firm Pinsent Masons earlier this year.

Not all litigation is good news for the climate. Joana Setzer and Catherine Higham’s recent report for the Grantham Institute highlights how “litigation that may weaken or undermine mitigation or adaptation efforts is also a growing phenomenon”.

However, a quantitative review from those same authors shows that 58% of cases had outcomes favourable to climate change action, while just 32% had unfavourable outcomes and 10% had no likely impact – and even if the outcome of a pro-climate lawsuit is unfavourable, it is not always bad news for activists.

“The impact of litigation cannot simply be measured by major successes, with major knock-on effects”, says Higham. “Even if the case is unsuccessful in court, it can still be an important tool in shaping narratives and public debate, as well as to delay projects.”

She cites the ongoing lawsuits facing Heathrow’s £14bn third runway development as an example of where, even if courts don’t necessarily rule in litigants’ favour, the ensuing public discussion can be beneficial to climate action.

In February 2020, a case brought by NGOs and activists to the Court of Appeal ruled that a third runway – which would bring in an extra 700 planes a day – was illegal, in what was the first significant legal ruling in the world based on the Paris Agreement.

In December 2020, the UK Supreme Court overturned the earlier ruling, meaning the airport was free to once again seek planning permission, but this was not before numerous other UK cases had drawn on the earlier Heathrow ruling and its interpretation of the Paris Agreement, including against plans to build more roads (rejected at the end of June) and gas-fired power plants (which has led the government to review its energy policy). Moreover, since the runway’s initial approval in 2018, the UK has committed in law to achieve net-zero emissions by 2050 and pledged to cut carbon emissions by 68% by 2030, all of which presents new obstacles to getting the project approved.

As climate policy and pro-climate interpretations become established in law, the focus of law suits is shifting, says Higham. The Grantham Institute’s database records more than 2,300 climate laws and policies that exist worldwide, and this figure is growing. A dozen jurisdictions have a net-zero pledge in law, says think tank the ​​Energy & Climate Intelligence Unit, with 120 more in the process of bringing it into law.

“Whether legislation exists I think is very important,” says Higham. “Earlier cases tended to target governments for having weak targets, or not having targets at all.

“Now, we are seeing more cases that are concerned with the enforcement of climate change targets that have been set in law or in policy, which are influencing government decision-making in many different areas.”

The frequency and nature of litigation varies hugely depending on the jurisdiction, but it is rarely cheap. NGOs and activists are pooling resources and crowdfunding cases, Higham says, because they deem climate litigation to be an impactful strategy in spite of the expense.

“There is a growing global community of people involved in these cases who are making very careful assessments about when a case might be worth the resources, and which cases might have the greatest chance of success,” she says.

Evidence of this planning can be seen in the growing number of cases Setzer and Higham have designated “strategic”, because they have the specific aim of bringing about a broader societal shift.

Milieudefensie et al. v. Royal Dutch Shell, as well as litigation around Heathrow’s third runway, represents such strategic litigation. Other examples include Neubauer, et al. v. Germany, which saw a group of German youths argue that the country’s federal target of reducing emissions by 55% by 2030 was insufficient to meet commitments under the Paris Agreement, and violated their human rights. In April 2021, the Federal Constitutional Court declared that parts of Germany’s climate policy were incompatible with the youths’ fundamental rights, and called on the government to rewrite its climate targets by the end of the year.

Another strategic case saw environmental group the Urgenda Foundation sue the Dutch government to force it to do more to tackle climate change. In 2018, the Hague Court of Appeal concluded that if the government failed to reduce greenhouse gas emissions by at least 25% by the end of 2020, the Dutch government was acting unlawfully under the terms of the European Convention on Human Rights. The case has since been upheld by the Dutch Supreme Court.

The majority of climate litigation takes place in Western countries, but the number of cases in the Global South is growing, with at least 58 cases in 18 Global South jurisdictions in the Grantham Institute’s database.

A case from April 2021 saw the Supreme Court of Pakistan uphold a notification from the provincial government of Punjab barring the construction of new cement plants in environmentally fragile areas. This was significant, says Higham, because of the “really powerful language in the judgement about human rights, climate change and the duty of governments that went far beyond what would have been anticipated when the case was brought”.

The Court emphasised the need to consider climate change in government decisions, saying: “This Court and the Courts around the globe have a role to play in reducing the effects of climate change for our generation and for the generations to come.”

The US is the most litigious country in the world, spending hundreds of billions on lawsuits every year. Some 1,387 climate litigation cases have taken place in the US since 1994, more than half the total recorded by the Grantham Institute over that period.

During Donald Trump’s presidency, when the federal government rolled back more than 100 environmental and climate regulations, litigation became a vital tool with which to fight back.

“If you wanted to deal with climate on the federal level under Trump, your options were basically the courts, or activism and protests,” says the Sabin Center's Silverman-Roati. “The courts were one of your only options for a formal legal means.”

A June 2021 report from Silverman-Roati attempts to quantify the full extent of federal climate litigation under Trump, recording a total of 335 “pro” climate cases and 43 “con” climate cases. Around 100 cases took place each year, with “pro” cases recorded as either defending Obama-era policies (13% of the total), integrating climate consideration during the permitting process (49%), demanding environmental transparency from the administration (10%), or advancing new climate protections through the courts (16%).

NGOs were the accusers in the vast majority (270) of Trump-era cases, while the federal government was normally the defendant (314).

Significant pro-climate outcomes during the Trump era included the blocking of Executive Order 13795, which prevented the president from reversing a ban on oil and gas drilling in most of the Arctic Ocean. Litigants also continually blocked the development of the Keystone XL Pipeline, intended to carry oil from the tar sands of Alberta into the US.

Following the ruling in Milieudefensie et al. v. Royal Dutch Shell, Roger Cox, lawyer for Friends of the Earth Netherlands, stressed how significant the litigation may now be for climate action. He called it "a turning point in history", adding that the ruling now "may also have major consequences for other big polluters”.

In the US, Silverman-Roati believes that, even though a more climate-friendly president is in the White House, litigation is “not going anywhere", adding that "as government responses continue to be inadequate, activists will keep pressuring authorities to properly address the problem”.

Like other forms of climate action, litigation alone is no silver bullet, but it is nonetheless an increasingly powerful tool in driving the change that will be needed to reach net zero.

“Litigation is part of the process of changing consciousness,” says lawyer Philippe Sands, “and it is that change of consciousness which hopefully leads to legislative, executive and judicial changes.”