Jobs are at the top of the political agenda. The Covid-19 pandemic has triggered one of the worst employment crises since the Great Depression with the impacts likely to be felt for years to come. At the same time, the need to tackle climate change, which will mean closing down coal mines and changing the nature of many industries, has never been more urgent. Samantha Smith, director of the Just Transition Centre, insists the two are far from incompatible, but that jobs must be at the heart of every clean energy transition plan.

Based in Norway, US-born Smith has the perfect background to lead the charge on the just transition. She first worked as a lawyer before moving to the WWF for ten years, then she moved to petroleum company Statoil (since rebranded as Equinor, with increasing investments in renewables) and then back to the WWF. Her ability to understand regulations, industry and activist climate action may be key to bringing everyone on side and ensuring the move from fossil fuels to renewables and greater energy efficiency doesn’t leave anyone behind. 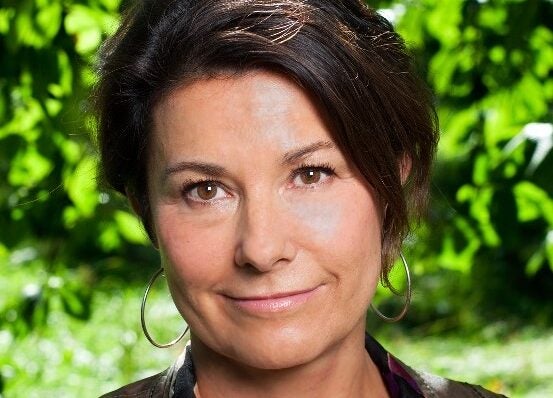 Samantha Smith: Fighting for a just transition to renewables.

Supporting the unions is also her primary task as part of the Just Transition Centre, which sits within the International Trade Union Council, and which she describes as “not a think tank, but an organisation that works in a practical way at grass tops level”. 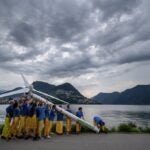 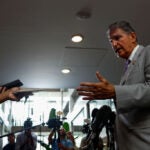 At the same time, there are growing calls for a green recovery that would favour clean energy over fossil fuels. This is clearly a good thing, but leaves many workers worried they will simply be consigned to the annals of history with no place for them in this new world. “It is understandable that people are frightened or angry,” says Smith.

As the world tries to get back on its feet, UN secretary-general António Guterres has called on world leaders to support businesses working to reduce greenhouse gas emissions and create jobs that are better for the environment.

“As we spend trillions to recover from Covid-19, we must deliver new jobs and businesses through a clean, green and just transition,” he said.

Smith insists that this doesn’t mean creating any old job, but “good jobs” that offer a secure contract, the right to organise and defend employment and human rights, pay a fair wage, offer opportunities for training and provide social protection. She is concerned about the “huge focus on green buildings and renovation” in calls to “build back better” and a simple focus on job creation. Most people working in construction “do not have secure contracts, have shitty wages and do not work in safe conditions,” she says. “We need to look more deeply at creating good quality conditions in the sector.”

While the coal sector tends to garner most attention in terms of job losses on account of the green transition, workers in many other industries will be affected.

“You need a third fewer workers to made an electric vehicle than an internal combustion engine car,” says Smith.

Rather than looking to simply find jobs for workers in the same sector, the just transition is about looking at jobs across the whole economy.

“Former coal-mine workers might find the best fit for their skills in the construction industry, while people form the automotive sector might work to expand the grid,” explains Smith.

The crux of the matter is that “employed people want to stay employed and people who have lost their job want a job”, continues Smith. “People employed in an oil company don’t want their employer to go under and have their assets stripped because of the green transition, but they would be very happy if the company transformed, became greener, and they received training to equip them with new skills.”

Such a process is realistic and is happening in countries such as Spain and Germany,  which have agreed strong just transition plans, says Smith.

“The best examples are where a company and the workers councils decide on the transformation together and then come up with a plan for the company and for every worker,” she says.

In addition to countries in Europe, the centre is working with companies and unions in the US, South Africa, Brazil, Colombia, India and Indonesia to help them draw up similar plans.

“Most people understand the change that is happening and think that the only solution being offered is to become unemployed,” says Smith. “When different solutions are on the table, people shift.”

And she insists that without workers, the clean energy transition is unlikely to happen in time to stop runaway climate change.

“History shows that to get big social and economic change, we need a successful mass movement that includes labour and religious people.”

Smith has made it her personal battle to make this happen.

“The small thing I can do is to contribute to the climate movement broadening its base, and workers having the tools they need to prepare for this big change so they don’t get shafted again,” she states.

“Many people in the climate movement are oblivious to the social consequences of what they are proposing and even celebrate people losing their jobs in the fossil fuel sector,” says Smith. “But as one of our Labour Party politicians here in Norway says, we can’t have effective climate measures without effective social measures, we need red climate measures and green labour measures. Transformation is not just about gigawatts.”

The development of the hydrogen economy will support the fulfilment of decarbonization objectives, particularly for those sectors that are difficult to electrify, such as heavy industry, long-distance trucking, shipping, and aviation. GlobalData's Hydrogen Service tracks investment in the hydrogen sector, and provides you with: For more information, and to download sample pages from our quarterly market analysis, including a summary of the active and upcoming low-carbon hydrogen capacity by region, please enter your details.
by GlobalData
Thank you.Please check your email to download the Whitepaper.
Topics in this article: Interview
SUBSCRIBED