Diversity is not only about striving for equality. Research shows that companies benefit from a diverse range of opinions and perspectives. Diversity maximises talent-driven innovation and can even boost productivity. Despite this potential, the traditional energy industry is notoriously lacking in diversity, and the clean energy sector is little better. 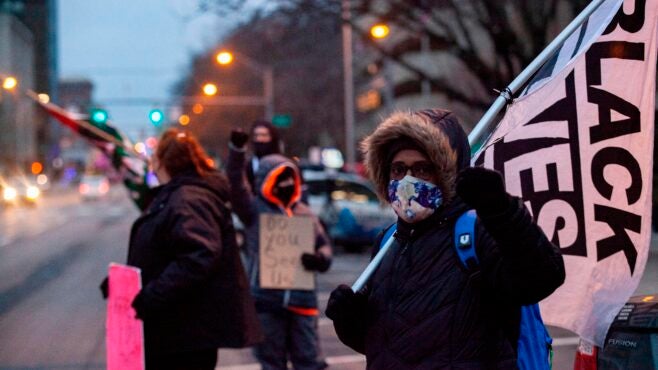 “The most diverse companies are now more likely than ever to outperform less diverse peers on profitability,” says the latest McKinsey diversity report.

Unfortunately for the clean energy transition, however, energy workforces tend not to be very diverse. The US labour force overall is 12% black, but in the solar sector that figure drops to 8%, and to just 2% among solar executives.

In the UK, black engineering graduates are significantly less likely to be employed as engineers, limiting the talent pool that clean energy companies can access. While black, Asian and minority ethnic people make up 27% of engineering graduates, they make up only 7.8% of professional engineers.

“To achieve the energy transition, the sector needs innovative thinking and that is given rise to by teams of professionals with diverse perspectives and varied lived experiences,” says Ollie Folayan from the British Association for Black and Minority Ethnic Engineers. “At its heart, the energy transition is a service, the beneficiaries of which are people in the global south who are most likely to be impacted by the worst effects of climate change. It should be a global conversation and our teams should reflect that broad outlook.”

Women are also under-represented in clean energy, occupying an average of 32% of roles, in comparison with 22% for the energy sector generally. Women are under-represented at the top of companies. In the UK, they occupy just 13% of board seats in the top 80 energy companies, and just 6% of executive board seats.

Women make up 50% of the UK population, but only 12% of engineering professionals, says Engineering UK, and women are listed on just 11% of patent applications in the energy sector.

“The UK labour market is fairly gender-segregated and women tend to be concentrated in low-paid jobs and sectors, for multiple reasons including their disproportionate caring responsibilities,” says Sara Reis, head of research and policy at the Women’s Budget Group, a UK network of researchers, policy experts and campaigners.

She adds: “Any programme that looks at training people into STEM [science, technology, engineering and mathematics] for the green jobs of the future needs to be targeted to women, diversifying away from the men in hard hats in communications materials. The jobs in these sectors must be made more flexible to accommodate women’s career patterns and increase retention.”

Gender stereotyping needs to be overcome to enable women to thrive in STEM roles, says Felicia Willow, chief executive of gender equality at the Fawcett Society, a UK charity. “Our research shows gender stereotypes in childhood impact on adult career options,” she says. “Asked what work parents could see their kids doing when they grow up, seven times as many could see their sons working in construction [22%] compared with their daughters [3%].”

She continues: “We know stereotypes limit women and girls. We need improved gender equality across all business sectors, including the burgeoning clean energy sector, and this begins with encouraging girls to aspire to careers in STEM.“

SolGreen is an African American-owned and operated clean energy start-up based in Washington, DC. It creates off-grid solar workstations, which people can sit around and use to charge cell phones and laptops, and use for lighting and Wi-Fi in a socially distanced environment outdoors. The company says it has seen increased sales during the coronavirus pandemic, with more companies and institutions attracted to its sturdy, weather-resistant facilities.

The company’s success can, to a large extent, be credited to the diverse background of the people that work there, says Christiano Terry, SolGreen’s vice-president. “When we think about innovation in clean energy, the key question now is often about the application of the technology, rather than just the technology itself,” he says. “Diversity is important because you can have different kinds of people coming up with a whole range of application ideas. If you have a place where 95% of the people are white or male, you are going to have a limited scope of how you can really innovate.”

A question of justice

When marginalised voices are totally left out of policy and innovation, the effects can be devastating. “In states like Georgia or South Carolina, there are huge portions where black people live in energy poverty, don’t have access to the internet or to good cellular service,” says Terry. “Infrastructure is poorly designed – and when there is a natural disaster, it truly is a disaster.”

He blames such problems on the fact that “black people with solutions to these very issues are left out of the conversation. They are largely not represented among lawmakers, and many people in power don’t care about what happens to them”.

Explaining how environmental racism can manifest, the ‘father of environmental justice’ Robert Bullard wrote in 1993: “Whether by conscious design or institutional neglect, communities of colour in urban ghettos, in rural ‘poverty pockets’, or on economically impoverished Native-American reservations face some of the worst environmental devastation in the nation.”

Black people in the US on average come into contact with 1.5 times more dangerous pollution than the population at large, regardless of their income. They are statistically more likely to live near highways, refineries and fossil fuel power stations. The impacts of this can be profound, with African Americans having higher rates of lung cancer and asthma than the population at large. Lung conditions have contributed to black people being three times more likely to die from Covid-19 than white people in the US.

African Americans often struggle to pay for energy. Black households pay an average of  64% more for energy as a portion of income than white households.

Data also shows non-white households are at risk of becoming disenfranchised from the clean energy transition. A 2019 study published in Nature Sustainability revealed that black and Latino neighbourhoods were respectively 69% and 50% less likely to have solar power installed on their roofs than their white counterparts.

“We cannot struggle for climate justice without the voices of black and ethnic minority communities,” says Alba Kapoor, policy officer for the Runnymede Trust, a UK think-tank. “Meaningful plans for the transition to clean energy must engage with the needs of BME [black and minority ethnic] communities. It is vital the workforce is fully representative and steps are taken to ensure equitable access to renewables.”

Environmental justice is one of Joe Biden’s signature green policies. A series of environmental executive orders signed on 27 January included the promise to address the “disproportionate health, environmental, economic, and climate impacts on disadvantaged communities”.

Not a zero-sum game

Diversity data in the clean energy sector does not look great, but the industry is working to address inequalities. The International Energy Agency hosts the Clean Energy, Education and Empowerment Programme, which seeks to advance women’s participation in clean energy. The Global Wind Energy Council (GWEC) runs a gender diversity-focused leadership programme called Women in Wind. In the UK, industry body Energy UK launched the Equality & Diversity Forum in 2018, the Pride in Energy network, and the Diversity in Energy Speakers Directory in 2020.

And many are experiencing change on the ground.

“I am seeing a generation of strong, determined and passionate women,” says Elbia Gannoum, CEO of Brazil’s wind energy association Abeeólica, and vice-chair of GWEC. “They are directors, counsellors, managers, executives, assistants and workers in all phases of the supply chain. When I started in the energy sector 20 years ago, the reality was different. But it is changing, little by little.”

She adds: “I see a positive future for women who want to invest to build their careers in clean energy. I know there are still great challenges for women in the corporate world and the road is long, but from my experience, it is possible to open new paths, change paradigms and build a more balanced future.”

SolGreen’s Terry says the company has struggled at times to bring its solar workstations to the mainstream market. “When we bring a product to investors that is new, they automatically say, why are we paying $20,000 for this? There must be something wrong with it – let’s see if it breaks,” he comments. “And this is a real thing: black companies get less than 1% of venture capitalist funding in the US.”

Directing more money and support towards education and innovation in diverse communities, would, Terry believes, be of huge benefit to the energy transition.

“White people like to say: ‘OK, here’s a poor neighbourhood, let’s figure out what we have to do’,” he says. “But actually, you don’t have to do anything. You just have to move resources that you are withholding to help support new ideas. If we put money into a diverse group of clean energy companies that have a lot of great ideas, that will be to the benefit of all.”

Energy Monitor is publishing a series of interviews with the Global Wind Energy Council (GWEC) to celebrate International Women’s Day and women working in the renewable energy industry.